Australia opener Usman Khawaja agreed that his marathon innings, which helped Australia steal a draw from Pakistan in Dubai, was unlike any knock he had ever played.

The left-hander scored a resilient 141 from 302 deliveries – his first century in Asia and, at 524 minutes, the longest innings by an Australian in the fourth innings – to hold the hosts to a thrilling draw in the first Test of the two-match series.

“That was as tough as any innings as I’ve played. I was drenched. I came off the field with sweat through my shirt. My shirt was drenched and my pants were drenched. That took it out of me a fair bit. I’ve never had an innings like that,” said Khawaja, who was adjudged Player of the Match for his gritty knock.

What a great show of resilience from Australia and in particular @Uz_Khawaja. This new Australian team walk away better off for this experience. #PakvAus

It isn’t often that Pakistan’s bowling arsenal has been denied on the fifth day of a Test, especially on the dry minefield of the Dubai International Cricket Stadium. Australia, however, managed to stay put to get to 362-8 and trudge past the finish line.

Khawaja conceded that the conditions took a toll on him, but said that his love for batting got him through the challenge.

“I was just asking for god to get the sun down so we could get some shade. We got in the changerooms and felt good again,” he said.

An epic 141 from @Uz_Khawaja was the highest fourth-innings score in Tests in the UAE.

“I just love batting and I was just enjoying batting out there and enjoying getting a few partnerships with the boys and playing cricket for Australia. It’s what you dream to do.”

"There is no secret to success, it is all about hard work; I was grateful to be out there playing for Australia"

The 31-year-old, who also scored a 175-ball 85 in the first innings, said he approached his batting on the fifth day as if it were any other innings.

“I was just batting like it was any other innings. I wasn’t worried about whether it was the fourth innings or whether we were trying to save a match at any stage. It was more of a mindset thing to make sure we stayed positive,” he added.

How about this bloke.

Khawaja, who had just 117 runs from his previous nine innings in Asia, accumulated 226 runs in this Test alone. It was also his maiden century against Pakistan, and it could not have come at the better time.

“I knew that if I went away from batting normally, I was more likely to get out in those conditions,” he said.

“Especially being a left-hander, with Yasir Shah bowling into the rough, and Bilal (Asif) had some rough, too, I knew I had to bat as I would in any situation.” 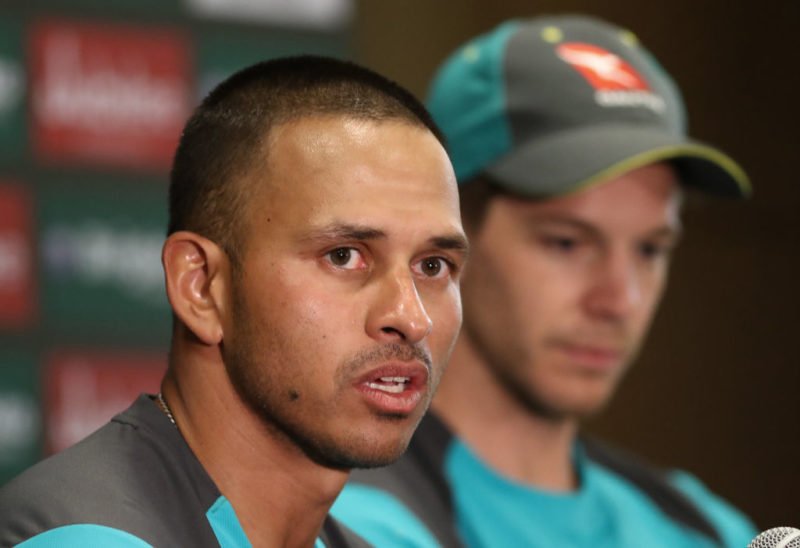 “It was mostly about getting a hundred for Australia on the last day of a match, trying to save a game. A lot of work goes into playing cricket at the highest level. I work as hard as anyone. I have worked my backside off for the past 10 years in first-class cricket, day in, day out.

“People think, because of my relaxed nature, that’s not that case, and that I’ve been gifted to be able to get to where I am, but that’s not the case at all. There is no secret to success, it is all about hard work. I was grateful to be out there playing for Australia and getting a hundred.”