Sri Lanka T20I skipper Lasith Malinga demonstrated his impeccable white-ball skills yet again, grabbing four wickets in four balls to power his side to a 37-run win in the third T20I against New Zealand. It was a record fifth hat-trick for Malinga in international cricket.

He might not be his fittest self at 36, and his pace might have dropped a few notches, but the accuracy and skills remain undiminished. Batting first in the third and final T20I of the series, hosts Sri Lanka could manage only 125-8 in their 20 overs. With his side already having lost the series, Malinga took it upon himself to produce an inspiring spell of fast bowling, rattling the opposition within the first three overs.

He first castled opener Colin Munro with his trademark yorker, having pushed him onto the back foot with a bouncer just before. The wicket made him the only man to get to 100 T20I wickets.

He soon made it 101, trapping left-hander Hamish Rutherford with a similar delivery after opting for a review.

Next in Malinga’s sights was all-rounder Colin de Grandhomme, who had played a match-winning knock in the previous two games. A sharp in-swinger moved just a little after pitching, breaching the batsman’s defense, and giving the veteran his second T20I hat-trick.

The scorecard soon read WWWW, as Malinga, sticking to the same formula of full and straight, trapped the experienced Ross Taylor next with another yorker. The double-hat-trick was a repeat of what he had done against South Africa in the Super Eight fixture of the 50-over World Cup in 2007. He became the only bowler to have achieved the remarkable feat in both limited-over formats.

He wasn’t finished yet: he induced an outside edge off Tim Seifert in the next over, which was safely pouched by Danushka Gunathilaka at first slip, becoming only the fifth bowler to register two five-wicket hauls in T20Is.

Read @aadya_sh on Lasith Malinga, and how he stayed true to his method while adapting with the times.https://t.co/SZ3Y9m6A7t

“I always come to every match thinking I can turn the game around,” the legend said after the game. “The skill that I have in taking wickets, considering the experience, is more than any other player on the field. I don’t care who believes that or not, but I believe that. So I want to control the game as soon as I get the ball in hand.”

Explaining how he set the batsmen up, he said, “After taking the first wicket, the newcomer [Rutherford] was an inexperienced left-hander. I thought of getting him out in the first ball. My best weapon is the inswinging yorker, so I thought of using that and he got out.

“Then came de Grandhome and Taylor. These two guys have been a real headache for us throughout the series. The other bowlers failed to get them in the other match. I was thinking how to get these two guys, and I knew we could win the game if we get them. I thought that if I could bowl two yorkers, then why not the third? So I got back to my mental preparation that I do before I bowl a yorker, and walked back to my run-up.

“The timing and accuracy was there and I got the third wicket. When I got the third, I was thinking again: ‘Why not try it a fourth time?’ It was all the same preparation again and I did it.” 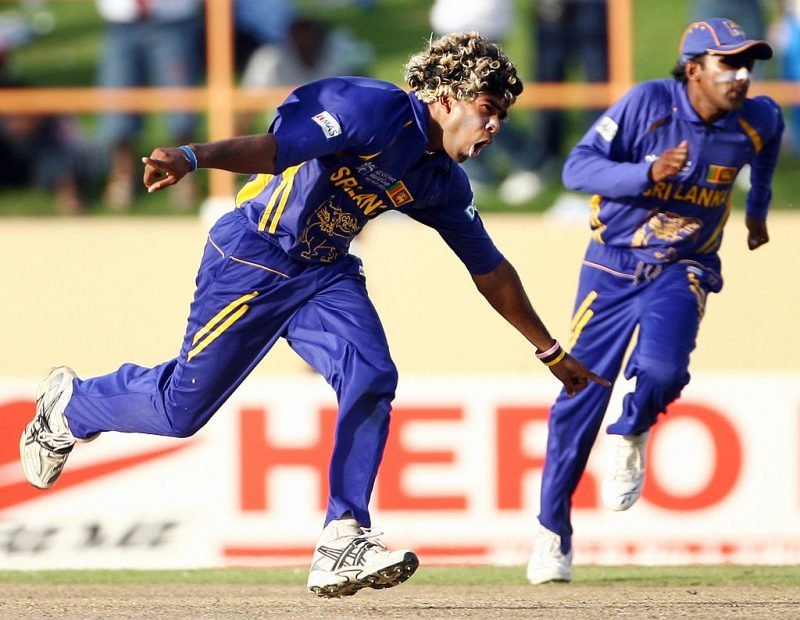 Malinga’s greatness doesn’t lie in his skills alone, but also because he takes the time to nurture younger players around him. India’s Jasprit Bumrah, Malinga’s team-mate at Mumbai Indians, for instance, credits him for giving him confidence in an unusual action. Now, as Sri Lanka’s T20I captain, leading a young side, Malinga has made it a point to urge his players to express themselves without worrying about the results.

On Friday, with himself in red-hot form and New Zealand’s lower order batting, he could have added a few more to his kitty. However, he persisted with young spinners Wanidu Hasaranga and Lakshan Sandakan, giving Sandakan especially an extended run despite him being hit for three sixes in a single over by Tim Southee.

Simon Doull, the former New Zealand fast bowler, was impressed. “That just perfectly sums up his character,” Doull said on air. “It just reflects the kind of person he is. He’s a phenomenal team player.”

It was reflected further what Malinga said after the game: “All the younger players who played with me, could see it with their own eyes,” he said about his performance. “I think that could have been an inspiration to them and maybe they also think that they can do something like this. That’s what an up-and-coming player needs – to see something happen, and train towards that.”