Klusener, who was recently appointed as Afghanistan’s head coach, believes that his former team-mate offers a lot of value, with all his experience.

“What is he going to bring? Loads and loads of experience,” Klusener told the Stumped podcast on the BBC World Service. “He brings winning. So that, for me, is vitally important.”

"He's one of those guys that, when he does stand up and speak, people tend to listen, and he's had that ability since I used to play with him."

Kirsten’s previous international coaching stints came with India and South Africa respectively. The 51-year-old was in charge when India climbed to the top spot in the Test rankings in 2009, and later when they lifted the 2011 World Cup at home. He then worked with South Africa from 2011 to 2013, and oversaw their rise to the top-ranked Test side in 2012.

“Gary’s won the World Cup. He’s the right man for the job,” Klusener said. “He brings experience in coaching the big T20 leagues around the world. He’s one of those guys that, when he does stand up and speak, people tend to listen, and he’s had that ability since I used to play with him.”

Bayliss, who guided England to their maiden World Cup triumph, finished up with the team at the conclusion of the drawn Ashes series last month. If and when he does take over as coach, Klusener, who was the Player of the Tournament in the 1999 World Cup, said that Test cricket would be a major challenge for Kirsten.

“Can you lift England white-ball cricket much more? What they’ve done is fantastic, but their challenge is in Test cricket. Kirsten was a phenomenal Test cricketer himself, so he knows exactly what’s needed.”

Kirsten also has the backing of Test skipper Joe Root and all-rounder Ben Stokes, both of whom praised his track record. 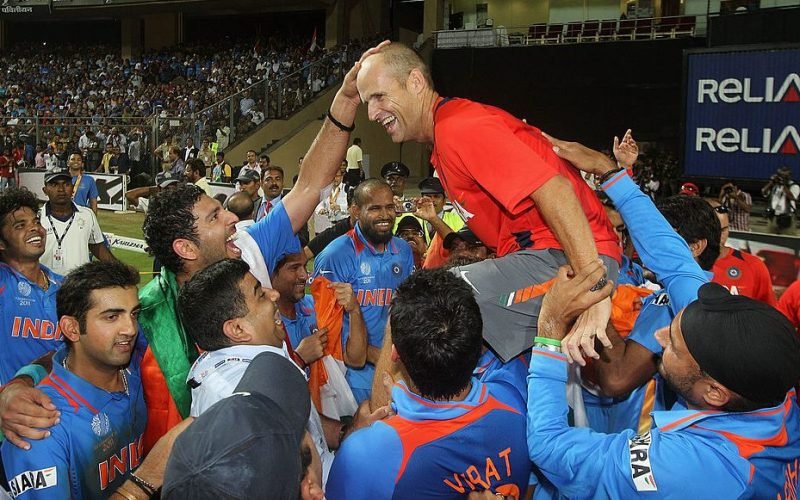 “I’ve seen Gary Kirsten’s name has been thrown about – he’s got a great record as a coach and, from what I’ve heard, he’s a brilliant man to have around the changing room,” said Stokes.

“He’s very experienced in what he does, he’s done franchise competitions, he’s done a couple of international teams as well.”

Kirsten has already signed up as Durban Heat’s coach in the Mzansi Super League back home. If selected, he’ll only be available to take up the job after the tournament ends on 16 December.

Chris Silverwood and Graham Thorpe are most likely to take charge for the New Zealand tour, where England play five T20Is and two Tests, starting on October 27.