Kesrick Williams’ ‘signature’ celebration has gained him plenty of fans around the world, but after a long-running tussle with Virat Kohli, he unfurled a different gesture to silence the Indian skipper during the second T20I in Thiruvananthapuram.

It all started back in 2017, in a T20I between the sides in Jamaica, when Williams had Kohli caught at mid-on and unleashed his ‘handout’ celebration to give him a send-off. The Indian skipper took ‘note’, and when the opportunity presented itself at Hyderabad, he made the bowler pay, getting 31 off 11 in the head-to-head battle, with 26 off those coming off the final six balls. He made it clear he hadn’t forgotten Williams’ previous act either, mocking the bowler’s celebration vigorously to demonstrate he’d won the battle this time.

"That's what cricket is all about. Play it hard but have respect for opponents"

“It happened to me in Jamaica when he got me out,” Kohli said after powering India to yet another clinical run-chase. “So I thought I’ll tick a few in the notebook as well, but it’s all good. There were a few words, but smiles at the end. That’s what you want to see. Good competitive cricket but in the end shake hands and give a high five. That’s what cricket is all about. Play it hard but have respect for opponents.” 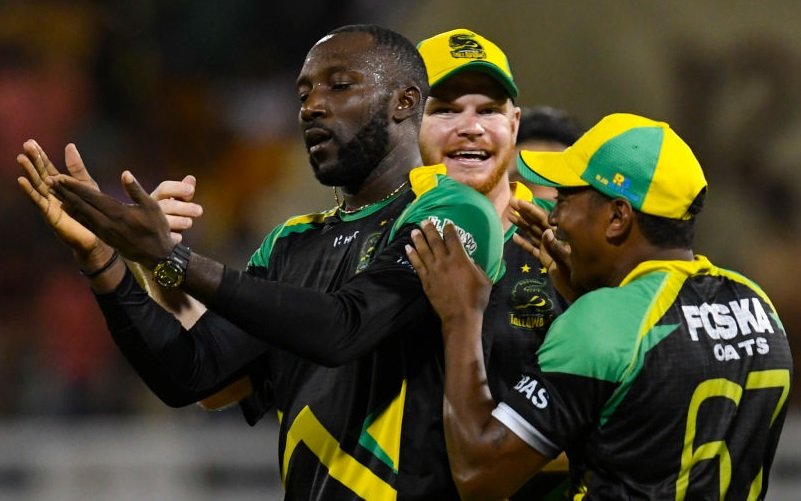 Williams though wasn’t happy to let it rest there. After all, he finished with his worst ever bowling returns in T20 internationals at Hyderabad, returning with 0-60 from 3.4 overs. Come the second T20I, the right-arm quick faced up against Kohli again, and on the second ball of his third, befuddled Kohli with a smart change in pace to have him caught at short third-man for 19.

This time though, he celebrated it quietly rather than bombastically, putting his finger on lips, having silenced Kohli and the vocal support. He bowled the penultimate over and bagged another wicket, that of Ravindra Jadeja, and conceded just eight to finish with 2-30 from his four over spell.

Related Story: ‘Can you just zip your mouth & bat?’ – The Kohli-Kesrick banter that extended across three T20Is

As it turned out, Williams finished on the winning side as the visitors completed a comfortable eight-wicket win. With another game to go, the decider in Mumbai, another exciting head-to-head battle could be on the cards. The game though proved itself as a great leveller in its own characteristic way. As Kohli had put it aptly before the start, “Not everyday can be your day.”