Ireland continued their solid run of form by completing a six-wicket victory to seal a 3-0 series whitewash in Belfast.

This is Ireland’s first series whitewash since the Kenyans visited the Emerald Isle in the summer of 2009. It also rounded off a week which saw the men in green wrap up their first series victory on home soil since 2014.

Northern Knights batsman James McCollum struck his second half-century in a row and top-scored with 54 off 69 balls in an innings which contained six fours and a single six. He was supported well by William Porterfield (49) and Paul Stirling (32) as Ireland chased down the required 191 runs with more than eight overs to spare.

This backed up a strong performance in the field which saw Middlesex bowler Tim Murtagh claim figures of 3-39, adding to the six he had already taken in the series.

Porterfield, who was evidently pleased with his 50th victory as captain of the side, said: “The attitude and the way we hit the ground hard pleased me most. We got a couple of early wickets and didn’t really take our foot off the gas. Stirling and McCollum broke the back nicely in the opening 10 overs [of the chase].

“Murts [Murtagh] keeps doing what he does and he knows exactly what he has to do, and it’s fantastic to see him backing it up. Prince [McCollum] didn’t have the scores that he would have wanted coming into the series so I’m pleased for him.” 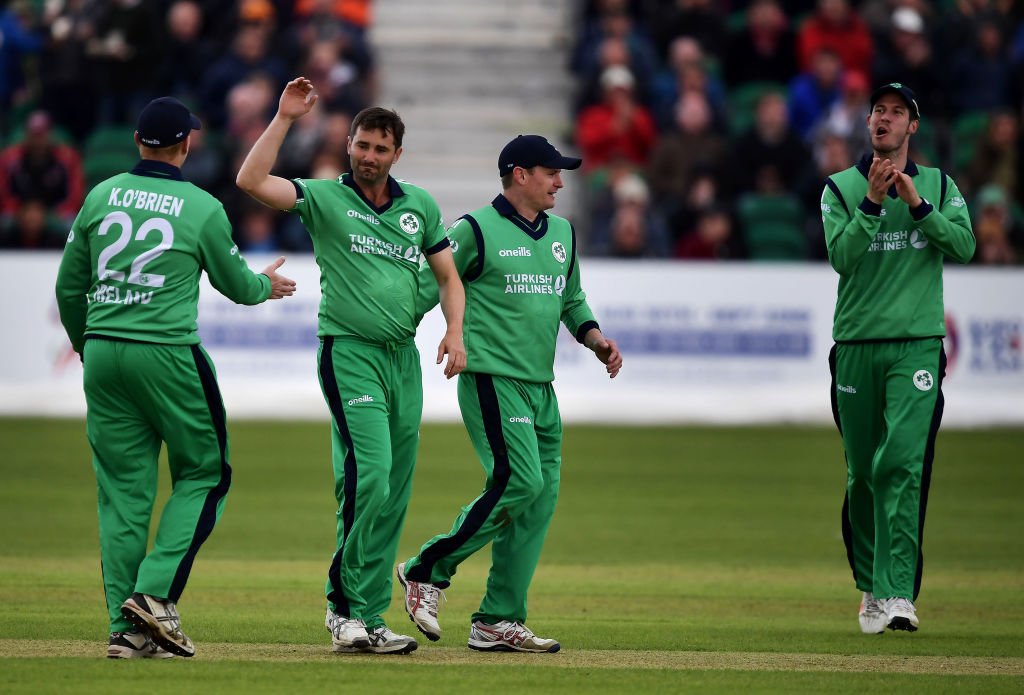 Porterfield, who has struggled of late, passed 4,000 ODI runs during the match but played the achievement down. “They are nice things that you tick off but it wasn’t something I was overly concerned about,” said the 34-year-old.

“It might be nice when I look back in the years to come but if you had offered me a 3-0 series win at the start of the week then that’s what I would have taken.”

The Derry man now takes a break while the side face Zimbabwe in a T20 series, which starts on Wednesday. He will be back in action at the end of the month when Ireland take on England in a historic Test match at Lord’s.

“I’ll probably start thinking about that now while I have a couple of beers as I wait for my flight,” he joked. “It’s all about that now for me and the build-up will be nice when we get across the water. We haven’t had a lot of red-ball cricket recently and the games we have had were badly hit by rain but the build up to the Test will be nice.”