Australia captain Tim Paine said his players look forward to playing India the same way they do the Ashes, ahead of India’s tour Down Under at the end of this year.

The last time India toured Australia, in 2018-19, Virat Kohli and Co. became the first India side to come away from the tour with a Test series win. It was only Paine’s second full series as Test captain, and while he played down the “revenge” narrative ahead of their next clash, he did say that Australia would be a much-improved force.

“It’s not so much about looking back and trying to get them back for what happened last time,” Paine said during a video press conference. “This is a different team, no doubt their team will be slightly different as well.

Steve Smith’s ban on captaincy is over. Should Australia now:

“But it’s two high quality teams, a really anticipated series, purely because of the quality of cricket, not for what’s happened before. India and Australia as a rivalry, it’s a series a bit like the Ashes that we all look forward to.”

Last time around, Australia were without two big players in David Warner and Steve Smith, who were both suspended due to their part in the ball-tampering scandal of March 2018. They have since returned to the side, and impressed as Australia secured the Ashes in England for the first time in 18 years in 2019.

Related Story: The positives of Sandpapergate: Marcus Labuschagne and the 2019 Ashes

“You put in 15,000 Test runs with two guys alone, Steve Smith and David Warner, Marnus Labuschagne’s come on in leaps and bounds and he’s now a top three or four batsman in the world himself,” said Paine.

“You put that amount of runs into a cricket side, last time we didn’t have … we know how good India’s bowling line-up is and last time we just weren’t quite good enough, if we’re totally honest, against that attack, whereas this time, I think we’ll be a different kettle of fish. We’ve got three of the best batsmen in the world in our top six.” 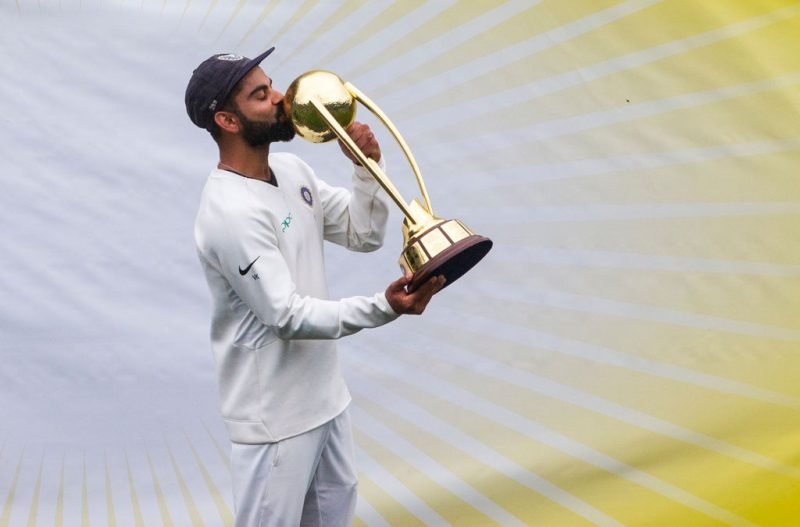 Kohli led India to their first series win in Australia in 2018-19, but Paine said Australia will not look for revenge

Australia are scheduled to meet Bangladesh in June as per the World Test Championship schedule, but Paine said that clash now looked unlikely, given the lockdowns in place the world over due to the Covid-19 pandemic.

“I’ve obviously had a few conversations with some people. At this stage, I think you don’t have to be Einstein to realise it’s probably unlikely to go ahead, particularly in June,” he said.

“Whether it’s cancelled completely, or it’s pushed back, we’re not quite sure at the moment, but it’s a couple of Test matches, and at the end of the day, if we have to miss them, then so be it.”