Yorkshire have announced a major coup with the signing of South Africa pace ace Duanne Olivier.

The 26-year-old has turned his back on a promising international career with South Africa by penning a three-year contract with Yorkshire, the county announced on Tuesday, February 26. The deal will be completed after the clearance of Kolpak regulations.

For Olivier, who has taken 48 wickets in just 10 Tests for South Africa at 19.25, it was all about staying true to himself. “I would be lying if I said this wasn’t a difficult decision to make,” said Olivier. “It’s giving up playing for my country, with no guarantees of playing international cricket again.

“But at the end of the day, I needed to be true to myself. I’ve only got this one chance to see where my talent can take me, and Yorkshire just felt right to me.”

Olivier is a brilliant signing for Yorkshire, who said they had to see off competition from numerous other counties for his signature. The tall, fast paceman has 399 first-class wickets in just 96 matches at just 21.85.

On a trip to the United Kingdom last year, Olivier was enamoured by the country, and decided it would be a good place to settle down. “I came over to the UK last year and thoroughly enjoyed my time playing county cricket,” he was quoted as saying by Yorkshire. “I have since realised I could happily base myself there for the foreseeable future. 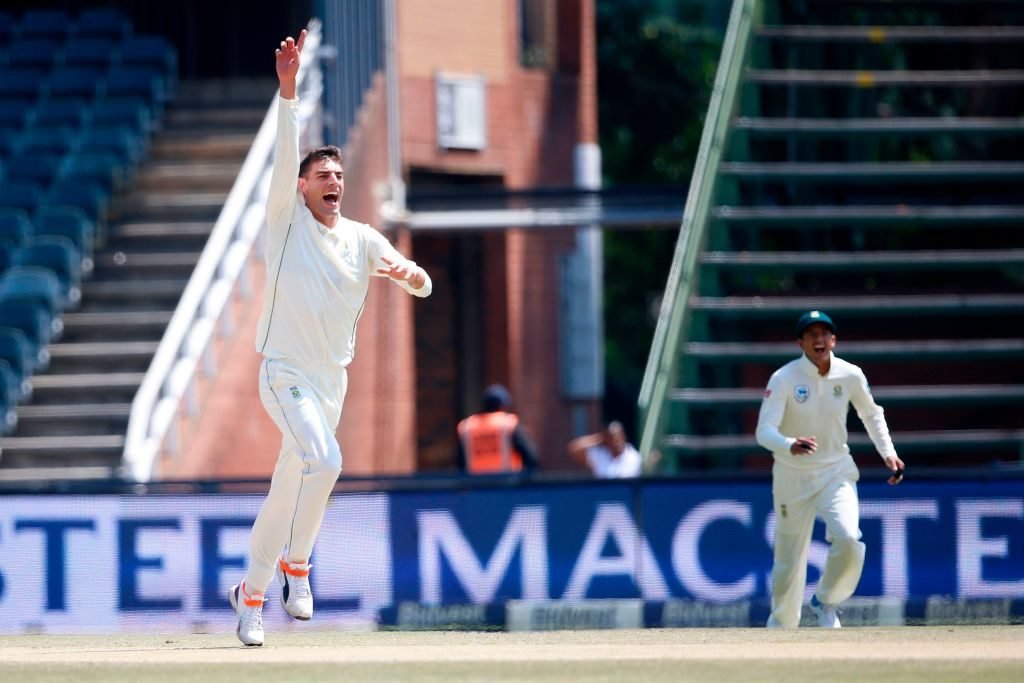 Duanne Olivier claimed 24 wickets in the three Tests against Pakistan

“I was originally looking to come back as an overseas player, but when I got a long-term offer from Yorkshire as a Kolpak, I knew that signing for the club would be the best option for both myself and my family.”

However, Olivier’s decision has been met with extreme “disappointment” from Cricket South Africa, and the body warned that it didn’t bode well for the global game that a promising young bowler, who had just broken into the top 20 in the bowlers’ rankings, opted to give up the glories of a potentially great international career for domestic cricket.

“We find it extremely disappointing that Duanne has taken this step after all the opportunities we have given him, particularly over the past season and going forward, to live his dream of being an international cricketer,” Thabang Moroe, the CSA chief executive, said in a statement.

BREAKING: The Yorkshire County Cricket Club is delighted to announce the signing of fast bowler Duanne Olivier, who will join the club ahead of the 2019 campaign, subject to clearance through Kolpak regulations.#YourYorkshire

“He was upgraded to a national contract during the current season on the strength of his outstanding performances in our Test squad and we offered him a two-year contract which would have given him financial security through to the end of the 2020-2021 season.

“He was not short of opportunity either as he played in all six Test matches against Pakistan and Sri Lanka during the current summer and was also considered for white-ball selection.

“If one looks at the bigger picture this is not good news for the global game either that a player who has just broken into the top 20 on the ICC Test bowling rankings for the first time should opt effectively to bring down the curtain on his international career in favour of playing only in domestic leagues.”

Wow, turning your back on test cricket #Olivier. SA need to address this or all their best players will leave for cash. I’d give my left nut to play test cricket again

Martyn Moxon, the Yorkshire director of cricket, said he was “delighted” with the deal, and hoped to keep Olivier at Yorkshire for longer than three years.

The deal is still subject to clearance of the Kolpak deal regulations, but that is considered a formality. With Brexit looming ever closer, counties are expected to tie down more players on Kolpak contracts as such deals are unlikely to be sanctioned after Britain’s impending exit from the European Union.