“Disappointed is an understatement,” Liam Plunkett said after he was sidelined from ECB’s white-ball contracts for 2019-20, even as Ashley Giles, England’s director of men’s cricket, indicated the team were looking to “move on” from him.

The fast bowler played a key role in England’s World Cup triumph, picking up 11 wickets from seven matches at an average of 24.73, also taking three wickets in the final. Yet he was a notable absentee in the list of central contracts announced on Friday, and he made his feelings known on social media.

Plunkett can, however, take some solace in that Giles hasn’t completely ruled out his chances of being in the scheme of things in the limited overs set-up, while also leaving the door open for Alex Hales.

I am really happy for all the boys who got contracted. I am not having a pop at anyone just disappointed I didn’t get one.

Explaining the decision to reporters, Giles acknowledged Plunkett’s role in England’s World Cup win, but added that at 34, he didn’t fit into the scheme of things as the team looked to the future.

“Plunkett has been … one of Eoin [Morgan]’s go-to men,” Giles said. “But moving into a new cycle of four years, before the 50-over World Cup and two T20 World Cups, he probably didn’t fit those future needs for the next 12-24 months, which is tough.

"He should be really proud of that achievement, and what they did as a team, but everything moves on for all of us."

“His best came in that role in the World Cup, and the World Cup final. He should be really proud of that achievement, and what they did as a team, but everything moves on for all of us.

“He’s one of the most physical men we have in our line-ups. He’s incredibly fit and strong, but in terms of the numbers, I guess his pace [has] been down a little bit for some time. It’s also looking at the likes of those younger guys coming through.” 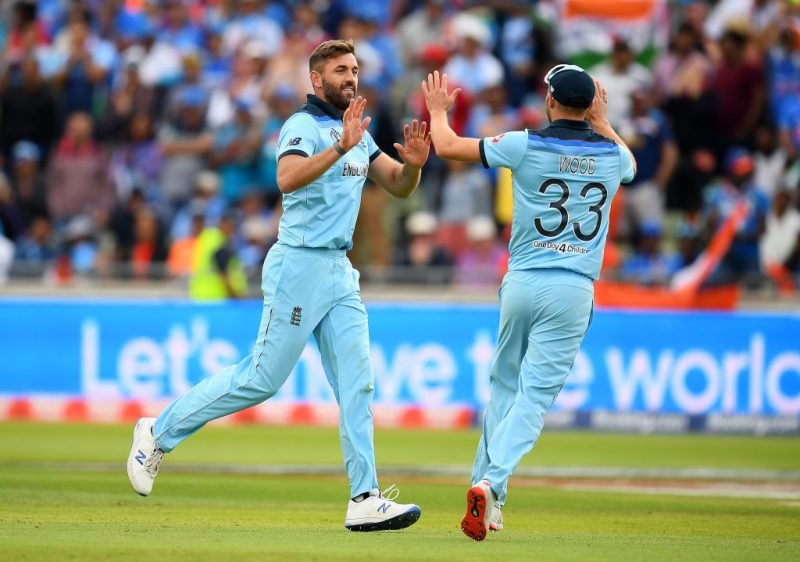 Plunkett picked up 11 wickets from seven matches at an average of 24.73 in the World Cup

Plunkett was England’s most successful seamer in the four years between the two World Cup editions, but Giles is keen to have a closer look at younger bowlers, such as Jofra Archer, who got his maiden contract, and Sam Curran.

“Curran is someone who’s probably chasing a few of these guys from behind in these formats,” Giles said. “It’s just unlucky [for Plunkett]. I think it’s time and it’s difficult to be the person who puts that pen through the name, but that’s cricket.

“Not saying that the door’s closed [on Plunkett], but just in terms of the core of that team, which is where those contracts are offered, he probably just misses out.”

It was a similar case with Hales, Giles insisted. Hales’ last international appearance came in the third and final T20I on the West Indies tour earlier this year. The 30-year-old was dropped from England’s World Cup squad after the news that he failed a recreational drugs test became public.

He had been a regular feature in the England XI till then as a key top-order batsman, and played an important part in their rise to the top position in the ODI rankings. Away from the national side, he has been in impressive form, scoring 366 runs in 11 innings at an average of 36.60 during Nottinghamshire’s run to the T20 Blast semi-finals.

"He needs to keep working hard and getting the runs - if he does that, who knows?"

“The door isn’t closed. He’s a very fine short-format player,” Giles said about Hales. “In the immediate term, he hasn’t played a lot of cricket this year for us for different reasons and, as Eoin Morgan has said, there’s a certain amount of trust that needs to be gained back.

“He needs to keep working hard and getting the runs. If he does that, who knows?”