Chris Woakes was recalled to the England squad for the Lord’s Test match against India in place of Ben Stokes, who had to appear at Bristol Crown Court to attend his trial for affray.

Woakes has put in a terrific performance for the hosts so far in the game, scalping two wickets with the ball to go with his maiden Test hundred on the third day.

“It’s a sweet day, really. I was over the moon to get the call to be back in the squad and I could never have dreamed of getting a hundred in my comeback Test,” said the 29-year-old after the day’s play.

“To get to a hundred was an incredible feeling and I was getting a bit nervous through the 90s, to be honest. To receive a standing ovation at Lord’s is a bit of a boyhood dream,” he added.

The all-rounder missed out on the first Test of the series as he dealt with the recovery after an injury.

“It would’ve been nice to have had a little bit more red-ball cricket under my belt (before the Test) but I definitely felt I was ready from the mental side of things if called upon. Obviously coming in instead of Ben Stokes, it’s quite big boots to fill, but I try not to play like him, I try to play like myself and hopefully I’ve done a job so far,” he said. 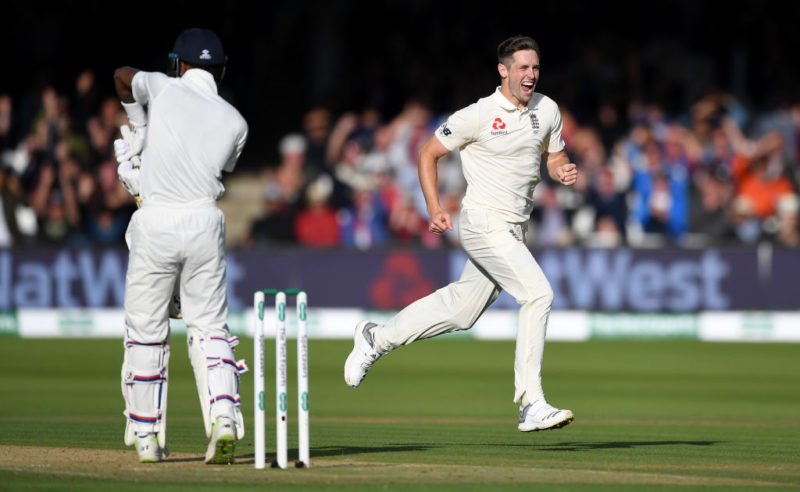 Woakes’ unbeaten 120 has helped England get to a dominant position against the visitors, who find themselves precariously placed at the moment.

It wasn’t Woakes’ first outstanding performance at Lord’s. His batting average now stands at 121, while he has conceded just 9.93 runs per wicket at the venue.

“Obviously, I’ve had a couple of good games here in the past. I don’t know whether it’s the surface or the conditions or I’ve just hit form at the right time. The slope gives you a little bit more to work with as a bowler and I feel like I’ve bowled well from the Nursery End here,” he said.