Alastair Cook weathered every single thing that the game has thrown at him to get to this point, writes Phil Walker.

You think it’s forever until it’s not. First thought, sitting here at the Oval, is that in a few days this place will go off. Standing ovations for polishing the ball, doing up his laces, scratching his guard. Forget our Meghan. Here’s the state occasion this balmy summer has been waiting for.

I remember his first one. Nagpur, 2006. Turned up off the flight from Antigua where he’d been playing for the Lions. No sleep, he crawled out to bat, made 60 in the first and a hundred in the second. He had two and a half shots that day; other days he’s had three and a half. He’s never had the full repertoire. But what he has had, and what has been diminished somewhat in the last two summers, is this reservoir of self-belief shot through with an almost laughable cussedness. It’s driven this cricketer to levels that we’ve never really comprehended before in English cricket.  But pride has started to eat away at him, and he does not want to go gently.

Others will disagree, but he has earned the right to make this announcement. He’s earned the right to walk out at the Oval and to make a few, or make a pair. Others will say that he’s let the grand reveal obscure the finale to a thrilling series. Not for me. Cricket is drama, cricket is great heaping swathes of soppy sentiment. And besides, if it’d been 2-2 we’d have heard no such news today. England’s series win affords him his last night with the poms. It’ll be gushing and schmaltzy and utterly deserved.

He’s broken fifty 82 times in 160 Test matches.  He will always have ’10/11. The 766 series. He will always have 12,000 runs. But he was beginning to see a falling away, a dropping off of those titanic, gargantuan numbers. And it would have been against his nature and a betrayal of his well-housed ego to wrench every last bit out of it in some misplaced study of personal survival. 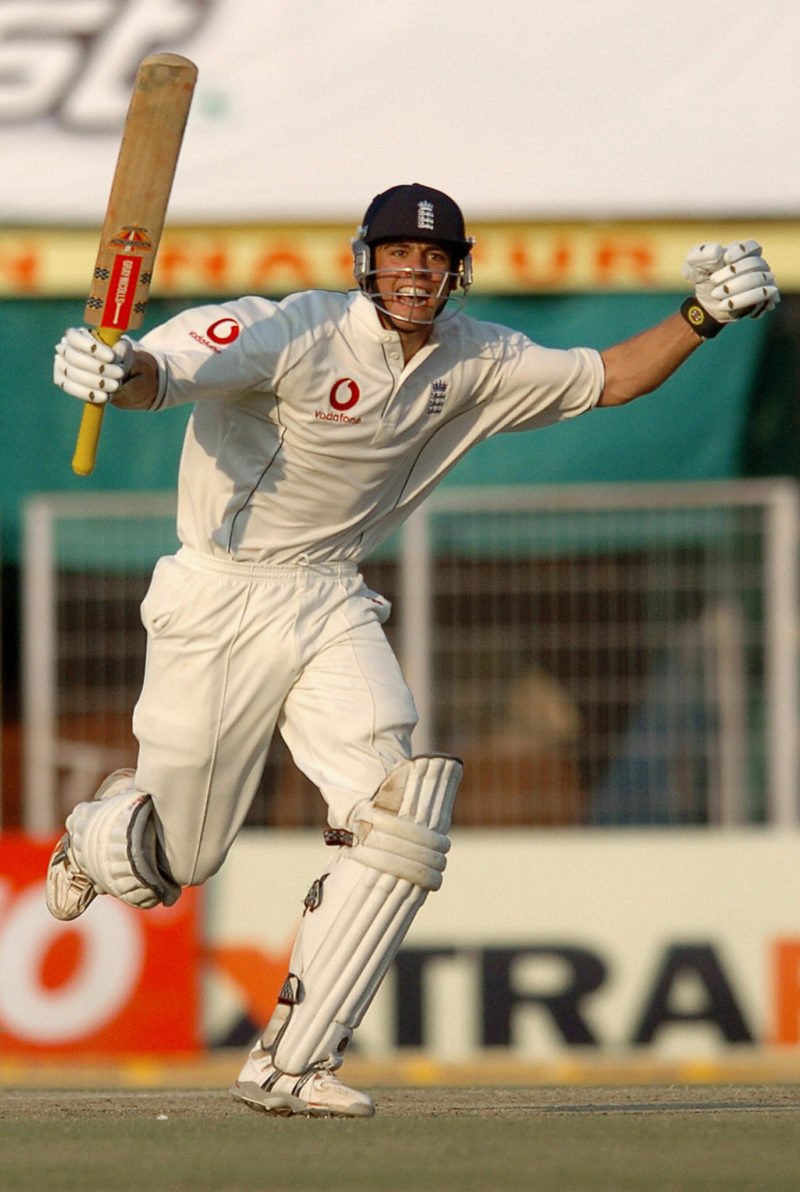 He’s 33. Physically he’s fine. He still wins all the fitness stuff. The birth of his third child is approaching, around the time of the Oval Test match, which will add another layer of choking emotion to the whole show. It’s well known that he has a hinterland away from cricket. It’s almost become a tongue-in-cheek cliché – “How many more times can I go to the well?” – which he says every winter. There have definitely been moments when he’s thought about walking away from it all. But he’s stuck it out for, what 12 years. Twelve years as an international opening batsman. Not snuck in there in the cutesy No.5 slot, he’s out there opening the batting.

I was out there in 2013/14. That was harrowing to watch. Came through it. There was never a truer measure of the man than when he was having to wheel that horror show of a circus around for three months, knowing that the full beam of Australia was on him, laughing at him, there in every slow-motion stumps-splaying montage, and every lunchtime post mortem; and in every press conference, naughty boy net and midnight trip to Burger King, further reminders everywhere of the godless impossibility of that which faced him.

"Here, then, he departs. In the London sunshine, in front of a packed house, at the end of a series which has reminded the world that, actually, Test cricket does go on forever."

The Pietersen saga was playing out in the foreground let alone the background and Cook had to go out and face Mitchell Johnson. I remember the second evening at Adelaide.  He’d lost the toss. Stokes took a wicket with a no-ball. Dropped catches. Two days in the field. And he goes out for the last half an hour against that. Johnson cleaned him up. Unmanageable. My heart has never gone out to a cricketer more than it went out to Alastair Cook that day. He’s weathered every single thing that the game has thrown at him to get to this point. 160 Test matches, 32 hundreds. Encore.

He was captain for five years. Even that’s immense by modern standards. He took the job dutifully because it was his go, but he’ll never be remembered as a standout England captain. He’d developed by the end his own imprint and identity and the team went with him, but he was never a particularly sparkling strategist. He’s not an orator. He’s not a particularly original thinker. What Cook was, and is, and will be forevermore, is an opening batsman.

He had that glorious winter in India. Swann and Panesar bowled out of their boots. Cook himself batted, and I use this word in the purest sense, beautifully. I was at Mumbai. Pietersen made his famous 186, but Cook made 127 himself. He’d also made a hundred in Ahmedabad the week before and would make 191 a week later at Kolkata. This is a player who we thought we knew; great against the new ball, guts and cuts, brave on the hook; but there, for a few exquisite weeks, he played like something else again. 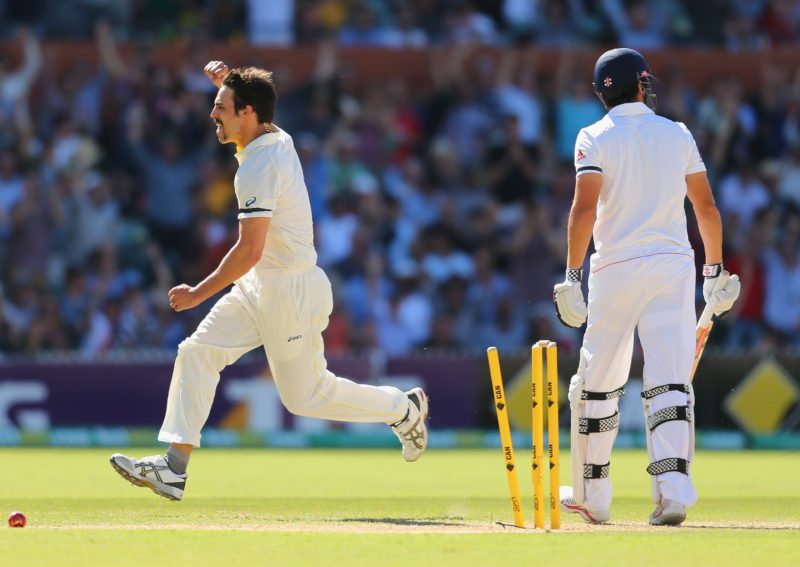 He hit a lofted straight-drive for six at Mumbai when he sashayed down the pitch to Pragyan Ohja and I remember writing at the time that while we can just about cope with him being Alastair Cook, we can’t deal with him being David Gower infused into Alastair Cook.

He rarely did extrovert, but that shot against Ohja felt like a declaration of some kind; an announcement that actually his team could go forth and jolly well win this thing. It was only his seventh six in Test cricket. It was always great when he hit one. It felt like anything’s possible in this best of all worlds. And for the first time it was his team, Pietersen included – the bad boy and the choirboy in dusty cahoots.  He drove that tour. The first England captain since Gower himself in 1984/85 to win in India.

Oh, and 2015. His final Ashes win, a fourth in all. He didn’t see it coming, admitted as much on the outfield at Trent Bridge. But, you know, Root was playing, and he’d just made another hundred – the cogs were turning, and 10,000 was on the horizon. I interviewed him a few weeks later. He was still a few shy of the benchmark. Knew precisely how many more he needed. “You can’t really argue with a bloke who’s got 10,000 runs, can you?” he said. I certainly wasn’t about to. In conversation there was a different vibe around him, a new kind of serenity. He’s always been acutely aware of the facts and the figures, the profits and the losses. And of late he’d have felt the bailiffs’ breath on his neck.

I first interviewed him in 2008. He was wearing a yellow t-shirt and iffy combat strides. He spoke at length, and without fear of the bosses’ censure, about his concerns for the future of the Test game in the new age of crash and smash, and, yes, where he fitted into it.

Well, a decade later, we know. He fitted right in there. Right in its soul. He may not have found enough runs to carry on. And by choosing this moment, he may have saved Joe Root a very awkward conversation in a fortnight’s time. Here, then, he departs. In the London sunshine, in front of a packed house, at the end of a series which has reminded the world that, actually, Test cricket does go on forever. After all, something has to.