Alastair Cook fulfilled the wishes of every spectator and England fan by hitting a century in his final Test innings.

The 33-year-old opener, who retires at the end of the fifth Test against India at The Oval, was 46* overnight coming into the fourth day.

With the Kennington crowd affording the former captain a warm ovation at the start of play, Cook proceeded in a typical manner, clipping fours through the leg-side and pushes ones and twos as England briskly built their lead. 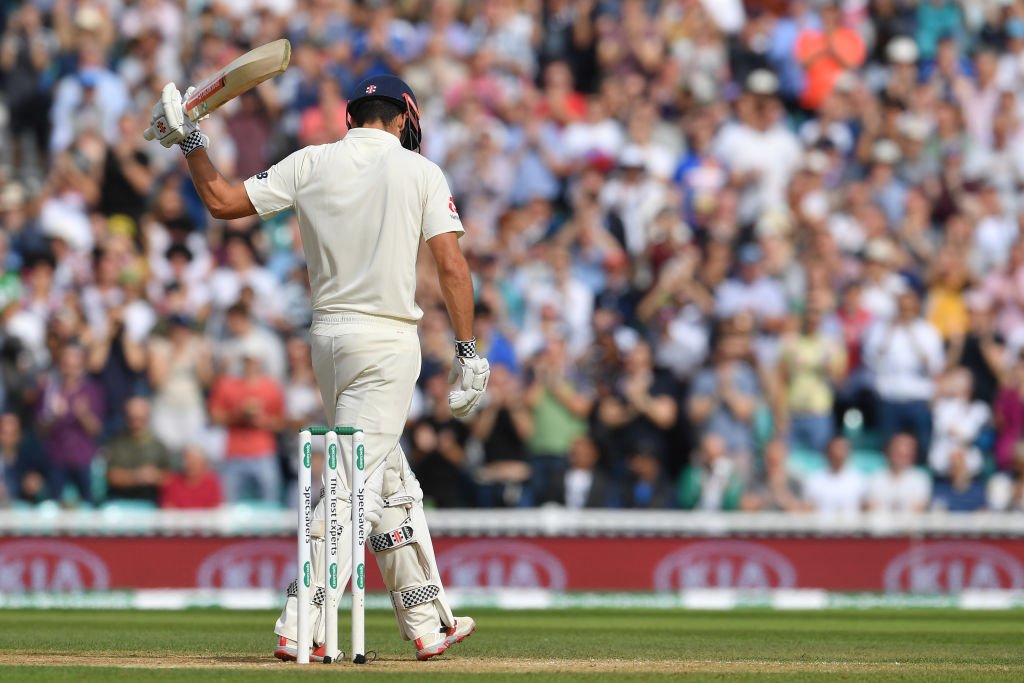 Having made 71 in the first innings, he was clearly desperate to sign off with his 33rd Test century in his 291st innings for England.

He finally reached three figures at 12.40 off his 210th ball – an easy single was made into a five by a timely Jasprit Bumrah overthrow – to become the fifth player ever to achieve the feat of making hundreds in his first and final games.

The moment Alastair Cook reached his 33rd Test century in his last innings! ?

He also passed Kumar Sangakkara’s 12,400-run tally of Test runs to go fifth on the list of all-time leading run-scorers.

There was a superb extended standing ovation from the crowd which had even the famously unflappable Cook visibly emotional at the crease.