Bayliss’ contract expires after the Ashes in September, and Giles is keen on having “internal candidates” for the job. Reports suggest Silverwood is the front-runner among them.

Silverwood joined the men’s team towards the end of 2017 after stepping down as Essex head coach, shortly after guiding them to the County Championship title in their first season after being promoted from Division Two.

ICYMI: What do you think about the confirmed playing conditions for The Hundred? https://t.co/cOQpGcBbmI

“I think Chris Silverwood would be one of [the internal candidates], which is pleasing because there would be a concern that we just have to go outside,” said Giles.

“We see the same names being bandied around – some very good coaches – but having seen what he did at Essex, it was a remarkable turnaround. They were a bit of a shambles and he came in and in two years turned them around completely.

He’s a tough bloke, has got a fair amount of discipline and communicates really well. Some guys are really strong in connecting with the dressing room, but don’t naturally lead well because it takes a different set of skills. But I think Chris Silverwood could do it.”

Giles was initially open to the idea of splitting the role of the head coach – back in his time, he was the white-ball coach from 2012 to 2014, while Andy Flower took charge of the Test side. 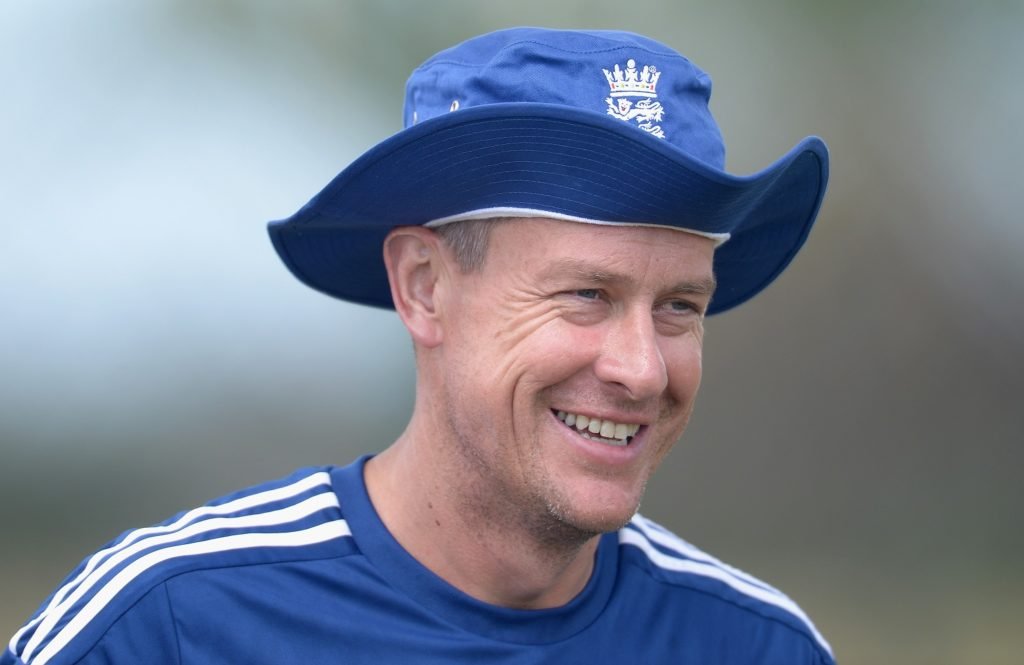 However, upon visiting the Caribbean – he was there in time to watch England beat West Indies by six wickets in the first ODI – and after consulting Joe Root and Eoin Morgan, the Test and limited-overs captains respectively, he has seemingly decided against having two head coaches.

Instead, he wants one head coach, with three assistant coaches reporting to him. “I’ll put my cards on the table: my feelings now are 99.9% that we should have one head coach,” Giles said. “It has been very much front and centre of everything I think about – it is such a big decision. One coach gives us stability in culture as well as in voice.

"I’m a bit of a romantic but not so much that it has to be (an English coach). We’ve got to get the right man for the job"

“Nationality doesn’t matter – we need the best person. But it would be nice at some point for us to have an English head coach. We’ve had one absolute head coach [Peter Moores] in 20 years and he’s done it twice. That is not great for coach development.

“I’m a bit of a romantic but not so much that it has to be (English). We’ve got to get the right man for the job.”

Dawid Malan and Sam Billings have been included in England’s squad for the three-match T20I series against West Indies. https://t.co/3GAL5eSWYS

Paul Farbrace is set to leave the set-up after the ongoing tour of the Caribbean, but Giles has acted swiftly to involve Paul Collingwood, who currently with the team in the Caribbean as consultant.

Collingwood has been confirmed as one of the assistant coaches in the new structure, and he will join Silverwood, the bowling coach, and batting coach Graham Thorpe as Bayliss’ three assistants going into the World Cup.

The idea is to enable all the coaches to be rested as and when required. “I see it as one guy in charge – and prepared for time off – and three assistant coaches, not just one, that work together and help share the burden,” said Giles. “We’ll see the start of that shape going into World Cup.

“Paul Collingwood will be involved in the World Cup, but he is not replacing Paul Farbrace [who leaves for Warwickshire]. I think having one assistant puts a lot of pressure on that person.”