All-rounder Chris Morris continues to be part of Cricket South Africa’ future plans, despite making himself unavailable for the India tour and continuing his stint with Hampshire instead.

Morris, part of the South African set-up since 2013, was not awarded a central contract extension after this year’s World Cup. He made himself unavailable for the three-match T20I series against India, beginning September 15, focusing instead on the T20 Blast, where he is enjoying his debut season with Hampshire.

"It absolutely does not mean that the door is closed, and we will start negotiations on a new contract again after the tour"

With 13 scalps in eight games, Morris was South Africa’s leading wicket-taker during their disappointing World Cup campaign, where they managed only three wins in nine games, and an eventual seventh-place finish. He was initially not named in the squad, but was roped in as a replacement for the injured rookie seamer Anrich Nortje, who had to be withdrawn from the tournament with a fractured hand. 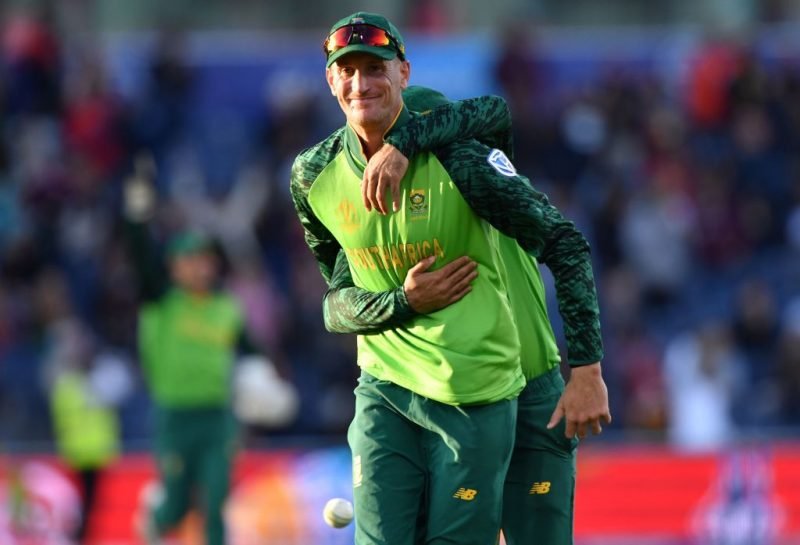 Initially excluded from the squad, Morris ended as South Africa’s leading wicket-taker in the World Cup

Considering the recent exodus of South African players to Kolpak deals, Morris’ decision to stick with Hampshire was met with raised eyebrows. Van Zyl, however, insisted that Morris continues to be in the frame for selection, stating that a fresh contract could be in the offing after the India tour.

“It absolutely does not mean that the door is closed, and we will start negotiations on a new contract again after the tour.”

Thus far, Morris has picked up eight wickets in nine games for Hampshire, while averaging 16.80 with the bat in seven innings.  He is expected to feature in the Caribbean Premier League later this year, too.