Joe Denly’s comeback to England colours brought him a career-best four-wicket haul, and the 32-year-old said he was a different player than who he was nine years ago.

Denly last played for England in a one-day international in October 2009, but got his call-up for the one-off T20I against Sri Lanka as an injury replacement for Liam Dawson, the left-arm spinner.

Having opened the batting for England in the past, the new role assigned to Denly was at No.7, and he was in the side as much for his credentials with the bat as he was for his handy leg-spin that has fetched him 20 T20 wickets in 2018 at an economy rate of 7.76. 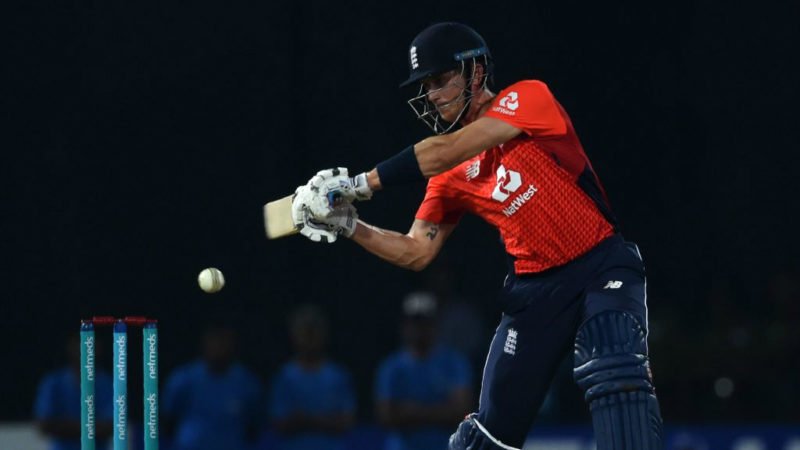 Denly made 20 and returned four wickets on his international return

“Being, primarily, a batsman, I feel I have a pretty good sense of what batsmen are trying to do,” he said of his 4-19 against Sri Lanka in the one-off T20I in Colombo.

“I back myself to land my leg-spinner reasonably well and I enjoy opening the bowling. I did it for Kent in the T20 Blast summer.”

That an opening batsman would be a team’s leading wicket-taker in a T20I is pleasantly surprising, but by Denly’s own admission, he is a “different player” now than who he was the last time he played for England.

Chris Jordan nailed his yorkers in last night's T20I, could he force his way into England's World Cup plans?https://t.co/dcCdfVJcVr

“I’ve had some ups and downs in the last eight years. But, over the last two or three years, I’ve enjoyed my cricket a lot more. I’ve played with a bit more freedom and I’ve learned to deal with failure a lot better,” he said.

“I feel [like] a different player to the one I was in 2010. This time I’ve come in with the attitude of embracing it and enjoying every moment of it.”

Now that he has made a successful comeback, the next target for him is to break into the Test XI – Denly has been named in the squad for the three Tests in Sri Lanka.

England's Test specialists have begun training ahead of the first in Gallehttps://t.co/Mh3wVT0byv

With Alistair Cook’s retirement opening up a slot at the top, and with his leg-spin bowling likely to increase his chances on spin-friendly Sri Lankan pitches, Denly is hopeful.

“Obviously there’s a spot up for grabs at the top of the [Test] order,” he said. “Being able to bowl might work in my favour.

“But it comes down to performing in these warm-up games and putting your name forward for that first Test. I’m certainly going into those practice games looking forward to performing, scoring runs and giving myself the best chance.”