A public poll carried out by the Professional Cricketers’ Association has ranked Ben Stokes’ Headingley heroics this August atop a list of the 50 greatest performances by England cricketers over the last 50 years.

Over 1000 England cricket fans took part in a survey carried out by the PCA and NatWest to mark the 50th anniversary of the PCA Awards that will take place on Wednesday evening.

Stokes hit 135* against Australia in the third Ashes Test at Headingley to guide England to a one-wicket win, a knock that followed on from figures of 3-56 he returned in Australia’s second innings. Sixty per cent of respondents to the poll listed Stokes’ performance at Headingley in their top five greatest performances by England players over the last half-century. 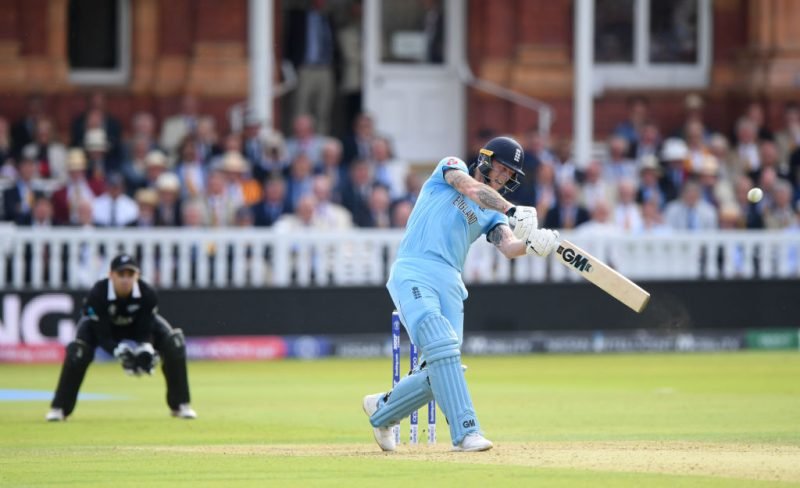 The all-rounder occupies three spots in the top 10; his 84 not out in the Cricket World Cup final in July that helped England to the trophy is positioned at second place, while his 258 against South Africa in 2016 – the second-fastest double-century in Test history – is at seventh. Performances from James Anderson, Jos Buttler and Stuart Broad also feature in the top 10.

Speaking to the PCA, Stokes reflected on his incredulous knock at Headingley – where he shared a last-wicket stand of 76 with Jack Leach – he said: “When you are out there and trying to win the game you are in such a bubble you don’t let anything else get into that bubble. Obviously, you are aware of the atmosphere and the situation and the crowd but then when I eventually hit the winning runs it, the feelings I had, just went and it was ‘oh my god, this is incredible’.

“I was actually in the moment like everyone else was at that time, taking in the atmosphere, taking in the noise and looking around because everybody who was there in that ground on that day lived the same emotions as I did throughout that whole day, so to be able to take it all in and share that moment with them out there was pretty cool and something I’ll never forget.”

Discussing England’s achievements over the summer, Stokes added: “We did not just want to win the World Cup and the Ashes this summer, we wanted to win over the country in terms of what we do with our cricket. We wanted to reach out to new fans, we wanted more people to take up cricket on what we could potentially achieve. We have won the World Cup and had a brilliant summer which is what we wanted but I am also 100 per cent convinced we have created new fans, inspired the next generation of England players and got people watching cricket again to a bigger extent than any of us could have imagined.”

“My favourite individual performance over the last 50 years happened in this year’s Ashes: at Headingley, Ben Stokes became a legend,” said Morgan. “His performance with the bat supersedes any performance that I’ve ever seen in an England shirt. Every attribute that you need to play a Test match innings, he displayed at Headingley and it was an absolute privilege to watch.”

The survey also examined the effect of England’s World Cup win, and their subsequent performances in the Ashes, on the public. The results displayed that 54 per cent of female respondents now take in more cricket on television or radio, while 46 per cent of women surveyed said they are now more likely to attend a match. Fifty-four per cent of 16 to 24-year olds expressed a greater desire towards playing the game.

The top 10 greatest England performances over the last 50 years, as voted by 1,004 England fans: