Australia pulled off a thrilling draw against Pakistan in the first Test at Dubai International Stadium, but have a tricky problem to solve ahead of the second and final Test in Abu Dhabi.

Mitchell Starc – their premier fast bowler – showed signs of struggle in Dubai. He collapsed to the ground with severe cramps on the first day. The pacer recovered from that hiccup to play through the course of the game, but was far from at his best.

The left-arm pacer, who has had a long history with injuries, bowled 36.2 overs in the first innings, giving away 90 runs before claiming Pakistan’s last wicket – Yasir Shah. However, he bowled just six overs in the second innings, presumably due to fatigue. 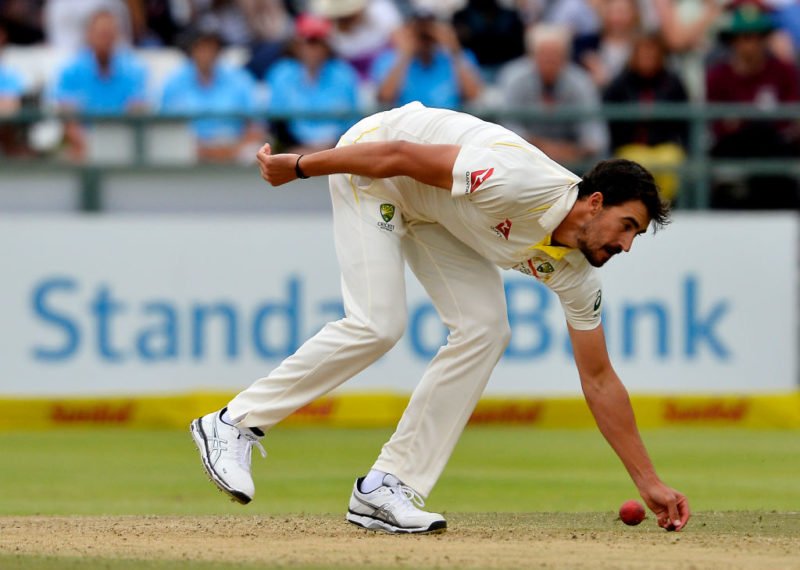 Australia will host India for a full tour later this year and will want their marquee pacers ready for the challenge. Starc, with his extreme pace and ability to produce both conventional and reverse swing, will be a must-have for the hosts against India’s potent batting order.

Should Australia consider resting him in Abu Dhabi to avoid the risk of injury altogether?

“It’s a good question. It’s always managing those quicks,” coach Justin Langer said. “Starcy bowled a lot of overs first innings, we certainly understand that and it’s always the million dollar question: what do we do with the fast bowlers?”

Starc was out of action in international cricket since the tour of South Africa in March 2018, where he picked up an injury. Josh Hazlewood and Pat Cummins, two very important components of Australia’s pace attack, were unavailable for the Pakistan Tests with injuries of their own.

With the upcoming Indian tour and two major events – the 2019 World Cup and the Ashes – coming up in England next year, Australia will want to utilise their resources carefully.

“If we’ve got our fast bowlers, particularly in Australia or going forward to England next year … the top three is incredibly important to Australia being successful,” Langer pointed out. “We’ll manage it. It’s the start of the season and hopefully, we’ll manage them well throughout the summer and this tour so far.”