When the sun sets on Thursday, June 14, Afghanistan will begin a long weekend of celebration. Eid-ul-Fitr, when practising Muslims around the world end a month of Ramadan fasting, will be around the corner. It’s a celebration of generosity and steadfastness, of the power of community.

It seems poetic that the wait for the new moon comes on a day that dawned with celebration of a different kind, for another rare thing that brings joy and bonding to a war-torn country: Cricket.

On Thursday, the start of the football World Cup 2018 in Russia will be the biggest piece of sporting excitement. Everywhere in the world but for Afghanistan, where a mix of politics and serendipity has meant that cricket has long overtaken football as the most beloved sport. They will instead be basking in the fruition of a cherished dream, as the country keeps up its phenomenal rise in taking its maiden steps in Test cricket.

When Asghar Stanikzai and his men walk onto the green outfield of the M Chinnaswamy Stadium to play India – in Test whites for the first time; not the spirited sky blue in which they’ve found so much recent success – their journey will be followed with pride on TVs, radios and social media back home.

Afghanistan Cricket Board officials are convinced that, like always when the national team play, the streets will empty even as the locals converge at make-shift viewing areas.

And they need this joy. Just two days ago in Kabul, at least 13 people were killed in a suicide attack. Last month, eight died in multiple explosions at a cricket match in Jalalabad, the hometown of one of their finest, Rashid Khan. Rashid will never forget his friend that passed on that day, just as he won’t forget how everything of themselves the players leave on the field is for the people back home. 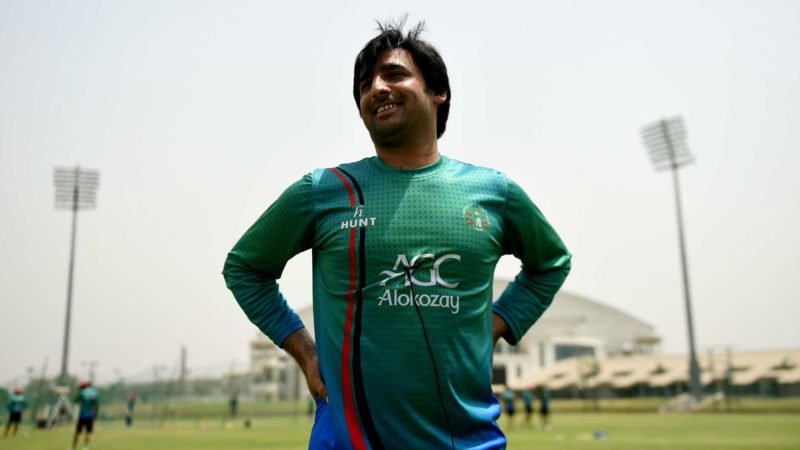 Nerves? What nerves? Asghar Stanikzai exuded confidence ahead of the historic Test

Their maiden Test is indeed a big moment for Afghanistan, and they intend to do it right. The country’s Chief Executive, Dr Abdullah Abdullah, will be at the ground to witness day one. If the match lasts the distance, President Ashraf Ghani himself might be among the spectators. And if we’re talking about important people, some players have their family travelling with them as well.

As Stanikzai pointed out on the eve of the match, it will be 11 men walking out, but not without the efforts of all those that came before them – the Hamid Hassans, the Nawroz Mangals, the Zadrans, who were part of the Afghan story from the refugee camps of Pakistan to Division Five, World T20s and World Cups.

Minister of State, Sports and Youth Affairs Mr. @Ra_THORe along with Mr. Abdullah Abdullah (Chief Executive of the Islamic Republic of Afghanistan), greet the two teams ahead of the start of play in Bengaluru.#INDvAFG pic.twitter.com/HtXNTqmXnn

There’s an air of confidence around this team. To their natural swagger, they have added a layer of precision – or at least an intent of it.

Nerves? What nerves? “I’m hearing this for the first time,” said Stanikzai on the eve of the Test. 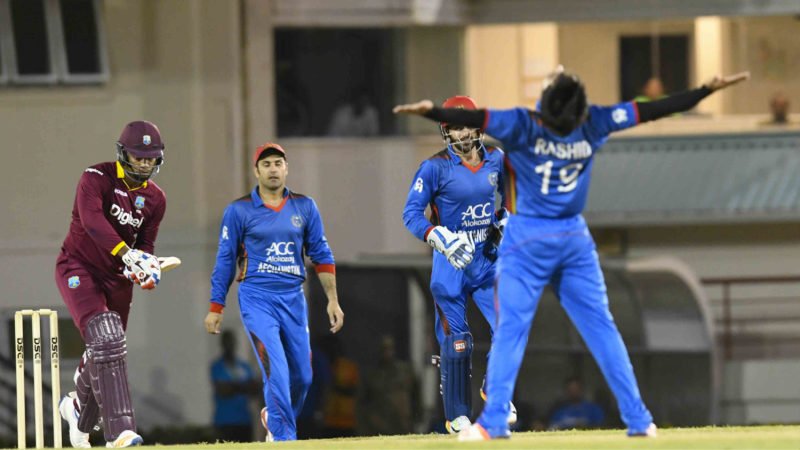 To their natural swagger, Afghanistan have added a layer of precision

Having declared that “we have good spinners, better spinners than India”, he doesn’t look like a man worried about having to eat his words. And his coach wasn’t one to dissuade him.

“My captain knows what he is talking about,” laughed Phil Simmons, the West Indian who’s coaching them. The most Simmons was willing to concede: “When you look at it, all spinners in this contest will be excellent.”

Like always when the national team play, the streets will empty even as the locals converge at make-shift viewing areas

But this isn’t myopic confidence. Part of Afghanistan’s remarkable cricket story is the strength of their grass roots. When Ireland played their first Test last month, several of the line-up were over 30 years old. Ed Joyce, having enjoyed a wonderful taste of Test cricket, hung up his boots right after.

Afghanistan’s Test squad, though, have a generous number of names whose cricket stories didn’t begin in Pakistan, unlike those from the early national teams. According to an official, 32 out of 34 provinces play cricket and understand it well and the domestic competitions have thrown up talent beyond the traditional pockets. 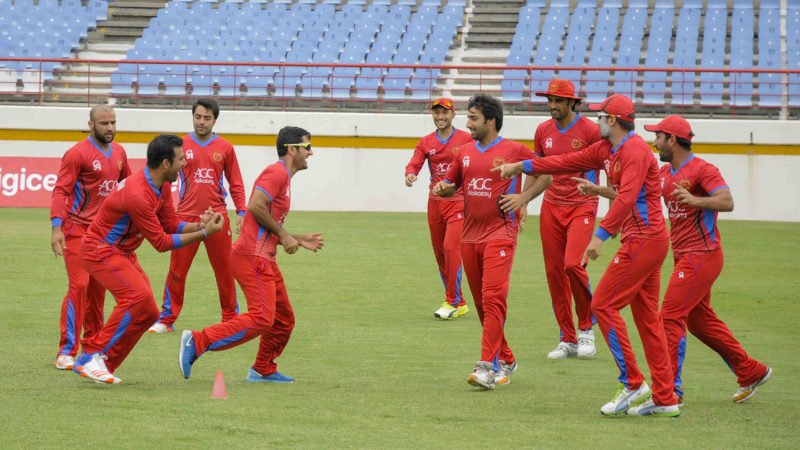 Eleven men will walk out, but not without the efforts of all those that came before them

“We have a good domestic structure. We have four-day first-class tournaments, university, T20 tournaments … so there are players that you can’t hide their potential,” said Stanikzai.

Simmons, who was previously Ireland coach, observed: “Ireland hasn’t produced the amount of youngsters in the last four-five years as Afghanistan has produced. The batting is a little bit less, but the bowling, you will see a young fast bowler [Wafadar] in this Test match hopefully, it shows that they (Afghanistan) have young talent coming up. And exciting prospects for the future.”

Over the past month, while at training and even playing the T20s, the Afghan cricketers maintained their religious fast. The rigours of Test cricket and the prospect of possibly having to spend a full eight hours on the field has forced a change over the past couple of days. But they will hope that come sunset, they too, like their countrymen, will have more to be thankful for.