Though persistent rain through the first four days meant Test cricket’s return to Pakistan ended in a draw, hundreds from Abid Ali and Babar Azam gave the home fans something to cheer about.

For Abid, it was a particularly special moment, with the ton coming on his Test debut, making him the 11th Pakistani to do so, and the first to do so at home in 16 years, after Yasir Hameed’s twin hundreds against Bangladesh in Karachi in 2003. It’s a maiden appearance that has been a long time coming – at 32 years old, he is the oldest Pakistan player to hit a ton on Test debut, surpassing Khalid Ibadullah who was 29 when he tonned up on Test debut against Australia back in 1964.

It’s not the first time Abid Ali has made the step up to the top level with ease. His first ODI outing – against Australia in March this year – also featured a century, making him the first male cricketer to score a hundred on both Test and ODI debut. England Women’s Enid Bakewell achieved the twin feats in 1968 and 1973 respectively.

List of players to make centuries on their Test and ODI debuts:

Babar has by now become accustomed to success in the longest format, having been one of the few positives for Pakistan in their 2-0 whitewash in Australia. His exploits at Rawalpindi mean he sits in elite recent company as one of six players to have scored more than 1000 Test runs at an average in excess of 50 since the start of 2018. In that time period, he has averaged more than 50 in each of Test, ODI, and T20I cricket, putting him alongside Virat Kohli as the only two players to do so.

Abid credited his more experienced teammate for keeping him calm as he approached three figures. 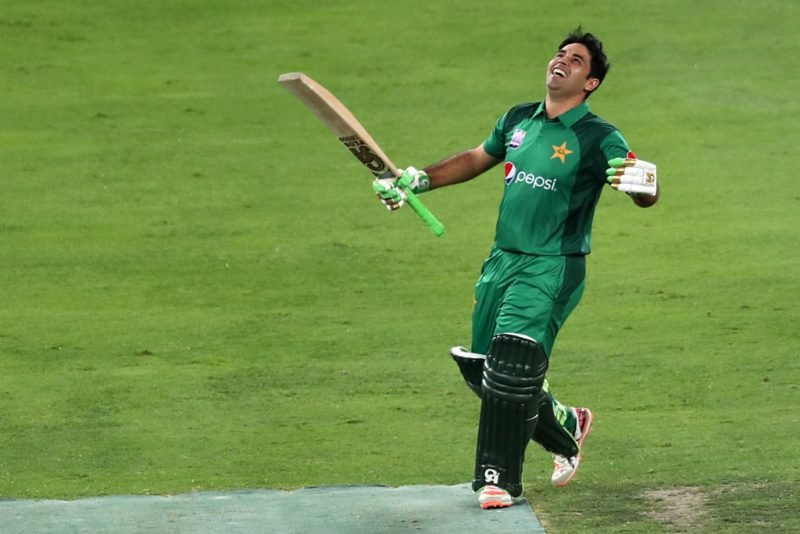 “Never thought of this, all glory to God,” Abid said after he bagged the Player of the Match award. “I was not relaxed, actually my focus was to give hundred percent for the team and stay on the wicket. My target was to see off the new ball and I kept short targets for every phase. I was tense [in the 90’s] but Babar gave me confidence and told me to wait for my time and not force any errors.”

“I’m in that phase where I’m enjoying my cricket. I got a lot of confidence from players and the coaching staff. Really pleased. Special thanks to all the crowd who have come out in large numbers and supported us.”

Away from that pair, there were concerning signs for Pakistan’s batting unit. Azhar Ali’s 36 was his second highest score of 2019, a year in which his average of 13.44 is the second worst of any specialist batsman to play more than five Tests, marginally ahead of Darren Bravo’s 13.25. Counting just top-four batsmen, only three Pakistanis have ever had a worse calendar year. Mushtaq Mohammed averaged 9.62 in 1977, Mohsin Khan averaged 9.83 in 1986, and Zaheer Abbas averaged 12.50 in 1973.

Related Story: Mohammad Rizwan has confirmed his status as one of the best all-format players in the world

With one Test left to play, against Sri Lanka at Karachi, it’s a record he’ll be desperate to put right.