Via a video released on social media, de Villiers announced his retirement from all formats of international cricket with immediate effect, stating that he is “tired” after a lengthy career.

This decision comes immediately after completing the IPL season with Royal Challengers Bangalore, where de Villiers displayed his usual form, finishing as the 8th highest run-scorer and showcasing his incredible fielding skills.

“I have decided to retire from all international cricket with immediate effect,” the batsman tweeted. “After 114 Test matches, 228 ODIs and 78 T20 Internationals, it is time for others to take over. I have had my turn, and to be honest, I am tired.

“This is a tough decision, I have thought long and hard about it and I’d like to retire while still playing decent cricket. After the fantastic series wins against India and Australia, now feels like the right time to step aside.”

The shock announcement comes just a year prior to the 2019 ICC Cricket World Cup, where de Villiers would have been a key man for South Africa. His often surreal shot-making ability all around the wicket will undoubtedly be a huge loss to the international game.

“It would not be right for me to pick and choose where, when and in what format I play for the Proteas,” he added. “For me, in the green and gold, it must be everything or nothing. I will always be grateful to the coaches and staff of Cricket South Africa for their support through all these years. The most important thank you goes out to all of my teammates throughout my career, I wouldn’t be half the player that I am without the support throughout the years. 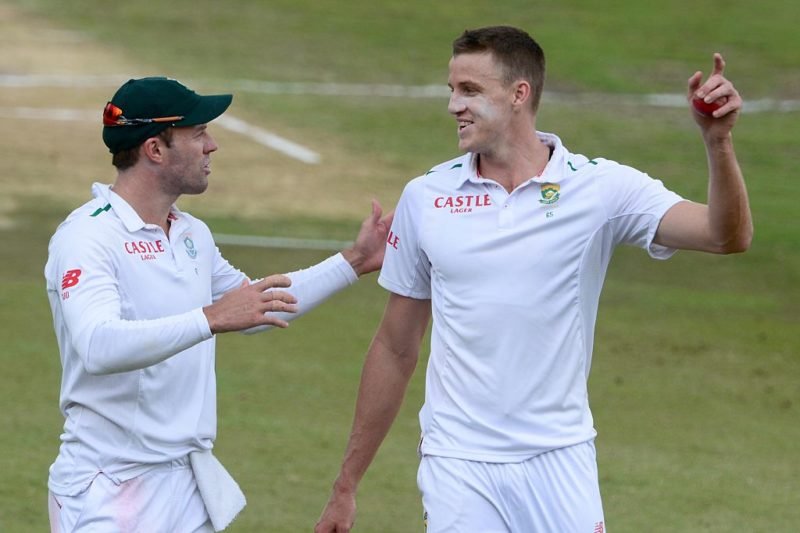 South Africa have to recover from the loss of two greats, AB de Villiers (L) and Morne Morkel (R)

“It’s not about earning more somewhere else, it’s about running out of gas and feeling that it is the right time to move on. Everything comes to an end. To the cricket fans around South Africa and the World, thank you for your kindness and generosity, and today, for your understanding.”