Billy Remmington on a masterclass in endurance and self-denial that brought down a fortress.

Coming into Sri Lanka’s two-match Test series in the UAE in October, Pakistan were yet to lose a ‘home’ series in their adopted stomping ground, a record spanning seven years and nine tours in total. 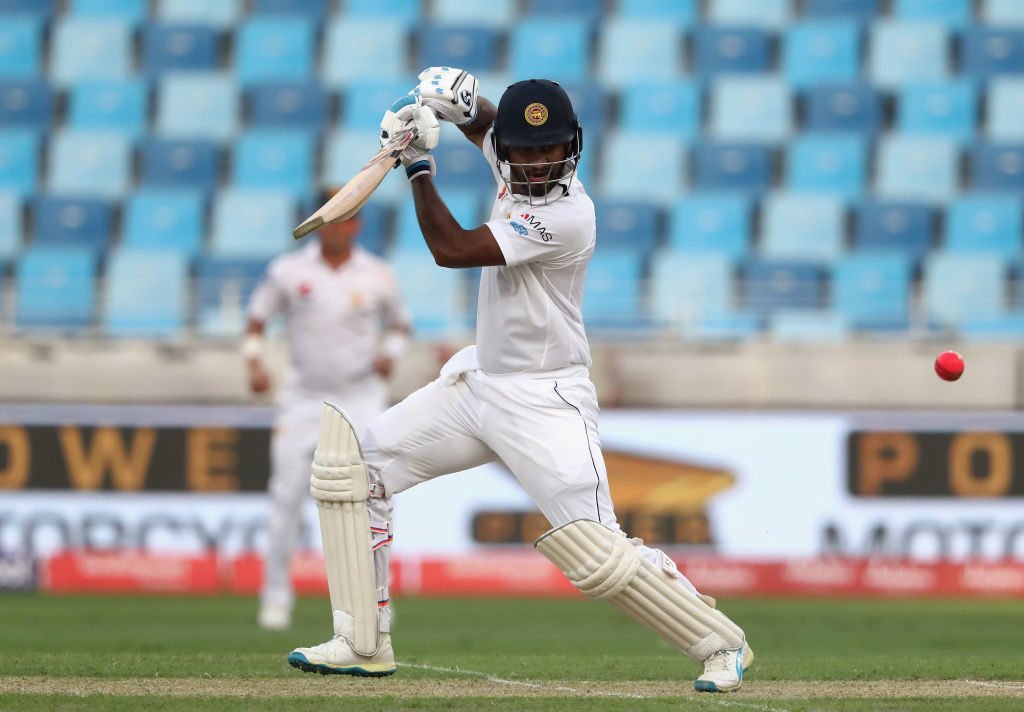 A rare moment of expansiveness from Karunaratne

Sri Lanka had shaded the first Test by 21 runs, and the second match was another thriller, with Dimuth Karunaratne’s tone-setting innings ultimately proving pivotal. The knock was a marathon, a lesson in endurance and patience, with the shots the opener played paling in significance to the shots he didn’t. His masterful knock fell four short of a double century, and four minutes short of the nine-hour mark, providing the backbone for Sri Lanka’s first innings 482.

The full worth of this mammoth effort only became clear as the game went on; having declined to enforce the follow on, Sri Lanka’s second innings 96 was 100 short of Karunaratne’s individual contribution first time round, and opened the door for Pakistan, who faced a stiff but achievable fourth-innings target of 317 to maintain their proud UAE record.

At first they stumbled, slipping to 52-5, before Asad Shafiq (112) and Sarfraz Ahmed (68) dragged them back into contention, and then into pole position. But from 225-5, they collapsed again, and this time it was fatal, victory eventually sealed by 68 runs. Without Karunaratne, Sri Lanka would surely have lost.

It was an old-fashioned innings, displaying great skill as well as grit and stoicism, from a batsman who has quietly become one of the best in this format in the world.