Billy Remmington looks back on a spectacular innings from a player whose best days had appeared to be fading.

AB de Villiers’ qualities as a cricketer have never been in doubt; he will go down as one of the best batsmen of the modern era, and one of the greatest South African players of all time.

But in 2017, we found ourselves asking if his best days were in the past. His last international century had come in February 2016, since when he’d relinquished South Africa’s Test and ODI captaincies. Hiatuses became ever more frequent, and during one period of absence the Proteas had recorded a landmark 5-0 whitewash over Australia. South Africa appeared to be moving. Perhaps it was time we did too. 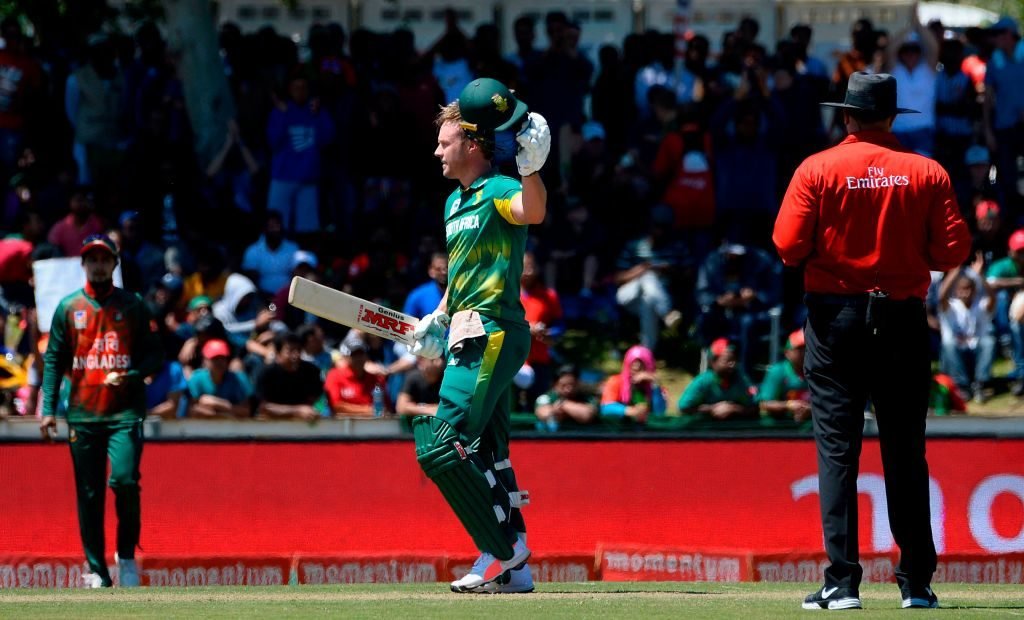 This then was an innings to remind us why we still need AB, and to suggest there might be plenty more to come from one of the most talented men to have picked up a bat. Playing his first ODI for three months, he came to the crease in the 18th over, as South Africa lost their first two wickets in the space of four balls, and looked like he’d never been away, racing to his half-century in just 34 deliveries, and his ton in just 68.

This was a show of modern, intuitive, attacking batting, just as we have come to expect from de Villiers, and – remarkably considering the pace at which he was already scoring – he accelerated upon reaching his ton; in the 17-ball period which followed the loss of Hashim Amla for 85, he smashed six sixes. It was all Bangladesh could do to watch and appreciate the brilliance that was unfolding before them as de Villiers led his side to a matchwinning total. It just hadn’t been right seeing him away from the international game.