India, being the hosts, qualify automatically for the event. The Super League will rank 13 teams – 12 Full Members of the ICC and the Netherlands. The Netherlands qualified for the Super League by winning the ICC World Cricket League Championship in 2017. 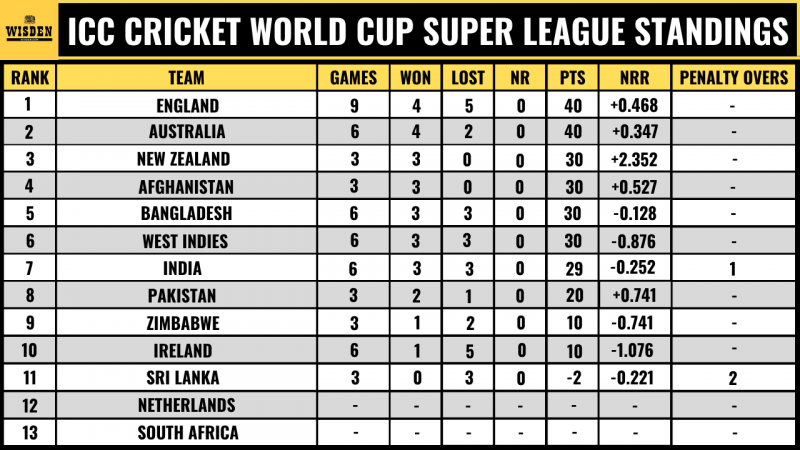 The teams that finish in the top seven of the standings, excluding India, will qualify for the 2023 World Cup. This is a round-robin tournament, where each side will play 24 games: 12 at home and 12 away.

Teams will receive 10 points for a win, while games that are abandoned or end in no result will give five points to both sides. There are no points for a loss.

Each side will take on eight opponents across the competition, which means they will not face four teams. Here are the teams each side won’t meet:

The first series of the tournament was played between Ireland and England. England won the series 2-1.