Graham Thorpe got a chance to witness Brian Lara’s brilliance from close quarters during the Trinidadian’s majestic 375 in 1994. He reminisces how observing Lara’s mastery helped him shape his own batting style later in his career. Introduction by Roshan Gede.

With his imperious strokeplay, characterised by flamboyance and a great degree of flair, Brian Charles Lara made the art of batting a viewer’s delight. The elegant left-hander dominated the best of bowling attacks throughout his career, making a habit of posting enormous scores. In only his fifth Test, Lara piled up 277 against Australia in Sydney, with a run-out depriving him of a triple. A year later, he made sure to go ever bigger, hitting 375 against England in Antigua to go past Sir Garfield Sobers’ 365, a record for the highest individual score in Test cricket that had stood for 36 years.

The great Sobers was present to see his record fall and said: “I don’t think a better person could have broken my record.”

Meanwhile, Graham Thorpe, who, barring his hundred on Test debut against Australia at Trent Bridge, had done little of note in his newly begun career, could only marvel at Lara’s artistry. He observed closely as the ‘prince of Trinidad’ demolished the England attack, and picked some useful lessons which would prove vital to his longevity as a Test batsman. 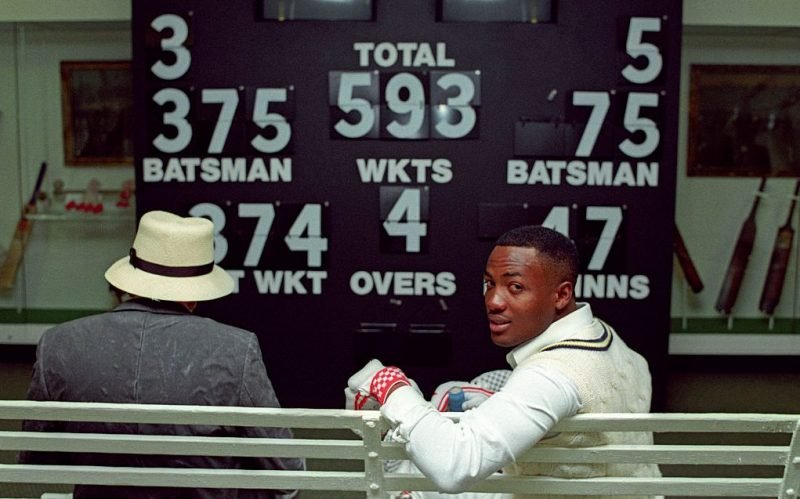 The former Surrey and England cricketer picks up the tale.

“Lara was a real artist of a batsman. The best I played against. Jacques Kallis was an exceptional run-maker, and of course, there was Sachin Tendulkar and Ricky Ponting, but you could restrict them a bit. With Lara, I used to feel that if he chose to take an attack down, whether that was against fast bowling or spin bowling, then he had the tools to be able to do it. He did score a lot of runs against England during my time – not least during his world-record score in 1994 – so perhaps I’m slightly biased towards him, particularly as a fellow left-hander.

"[Lara was] the best I played against. Kallis was an exceptional run-maker, and of course, there was Tendulkar and Ponting, but you could restrict them a bit"

“On the 1993/94 tour to the West Indies, I was far from the finished article as a player and had the chance to watch Lara close up. He had such a proactive technique and there were certainly parts of his game that I tried to copy, such as the pick-up of his bat. I used to lift my bat but after watching Lara I started to cock my wrists a lot more playing against faster bowling which gave myself a split second of extra time to execute shots. Watching him encouraged me to move my feet more actively against quicker bowling too.

“I looked at the positions that he got into as well. He was always very balanced on his shots and had very quick hand speed and that had an influence on me. He got himself into positions where he was capable of putting away good deliveries rather than just waiting for the bad ball. Aged 23, I still had enough time in my career to go away and practise these things and I saw the benefits.”

The record would later be surpassed by Australia’s Matthew Hayden, who hit 380 against Zimbabwe in Brisbane in October 2003. Six months later, Lara raised the bar further with a sparkling quadruple, a feat untouched before or since.