It’s the summer that keeps on giving. After a glorious World Cup and a fine Ashes that was full of drama and last-ball thrillers, the T20 Blast 2019 was in keeping with form, as Essex saw off Worcestershire in another clash that went down to the wire to win their maiden title.

After a little over two months of T20 action, comprising 133 games (some abandoned, some affected by rain) that had a fair few thrillers, including tied matches, we have a winner. And so, we compiled a Team of the Tournament, and had a ‘Blast’ doing it.

The stylish Azam ended the T20 Blast 2019 atop the run charts, with 578 runs at 52.54 in 13 matches. His runs weren’t enough to help Somerset make it past the group stage, but he was an exhilarating presence at the top of the order and his century – a 55-ball 102* against Hampshire in August – and four half-centuries means he must open the batting in this team. 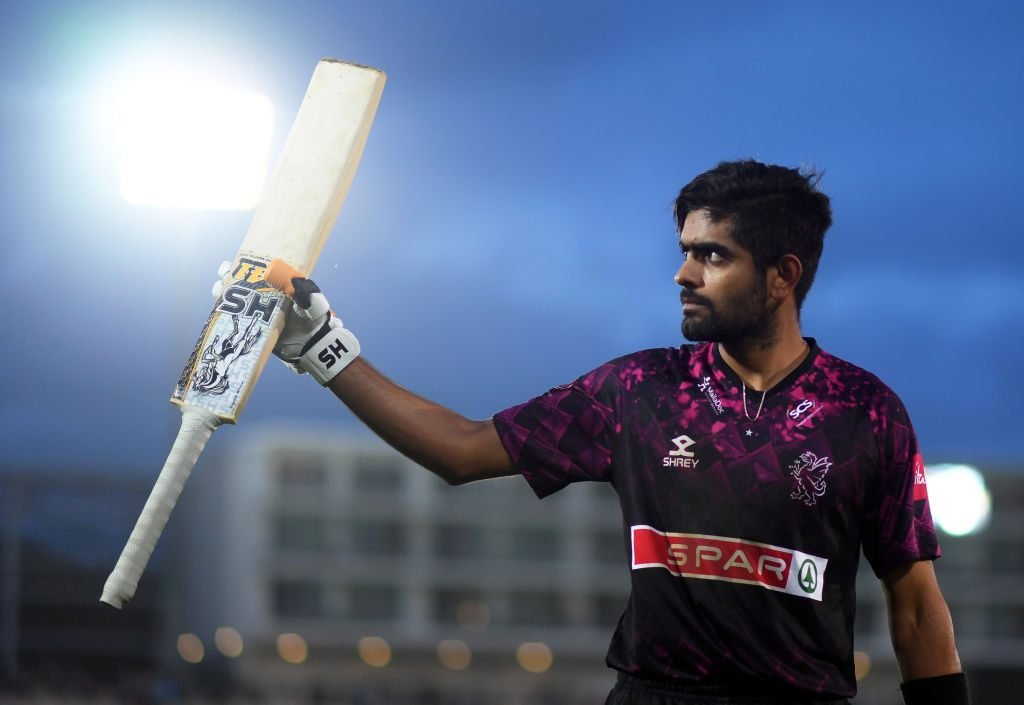 Babar Azam was an exhilarating presence for Somerset

Azam’s partner at the top, Banton, makes it in this team as well, as his opening partner. Banton scored 549 runs in 13 matches, just 29 runs short of Azam, and he did so at a better strike-rate of 161.47. He scored a century too, against Kent, to go with his four half-centuries.

The Australian was an important presence for Durham. He scored 483 runs in just 12 innings, at 43.90 and a strike-rate of 139.59. He was also a more than handy option with his left-arm wrist-spin, taking 13 wickets, to go with those runs. Durham finished sixth in the North Group, but that was notwithstanding Short’s efforts.

Malan was a superb presence for Middlesex at the top of the order. There were 490 runs in 14 matches at 40.83 and a fine strike-rate of 147.59. There was a century too, a 57-ball 117 against Surrey at The Oval, that formed more than half of Middlsex’s total of 209. He could have had another century had he got nine more runs against Gloucestershire last month.

Moeen has had a torrid time with England – he was dropped midway through the World Cup, and likewise in the Ashes, forcing him to take a break from red-ball cricket. However, he has been superb in the Blast. In just seven matches, he has 365 runs, including a breathtaking 60-ball 121 for Worcestershire. He also 11 wickets at a fine economy of 6.69, and played a key role in their run to the final. 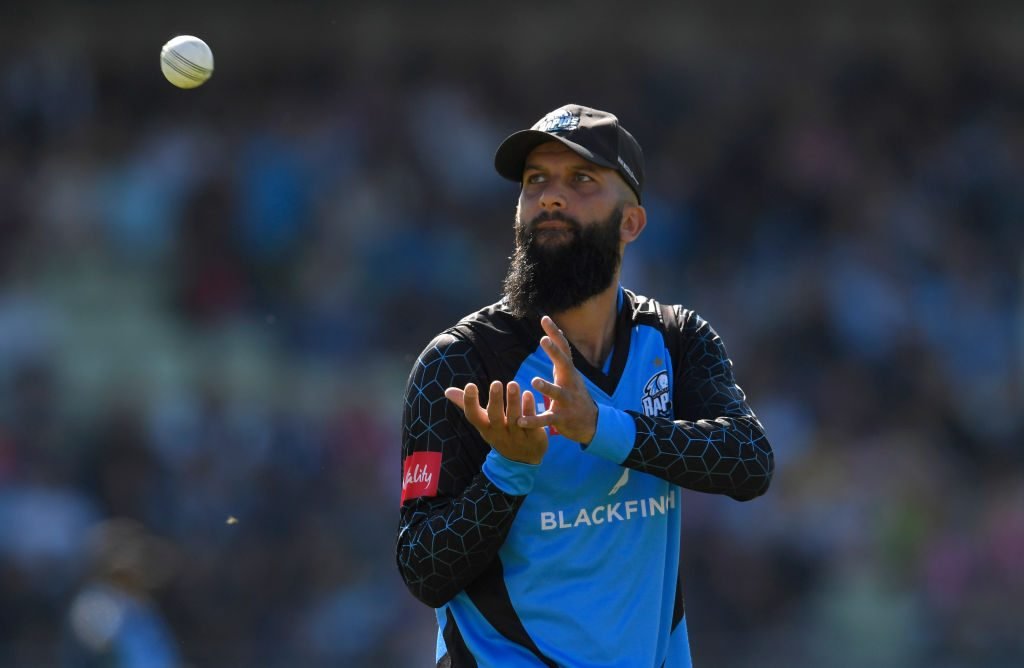 Ali struggled with England, but impressed at the Blast

With 312 runs in 12 innings at 39 and a strike-rate of 133, du Plooy made valuable contributions from the middle order. His high score, a 43-ball 70, came in a losing cause against Birmingham, but there were two other half-centuries, including a 23-ball 51 against Yorkshire. All were valuable runs.

Roland-Jones was a menace with the ball. His 19 wickets in 14 matches for Middlesex, at 19.89 and a decent economy of 8.55 puts him in the top five of the wicket-takers’ charts. There were 121 runs too, including a crucial 35-ball 40 to arrest a collapse against Sussex. His wickets helped Middlesex’s run to the quarterfinals.

Overall, Harmer took 17 wickets with his off-spin – at a decent economy of 8.15 – but what really worked in his favour was his big-match temperament on Finals Day. Harmer is a shoo-in after his seven wickets on the day – four against Derbyshire, three against Worcestershire, and his title-winning 7-ball 18* that helped take Essex to their maiden title. 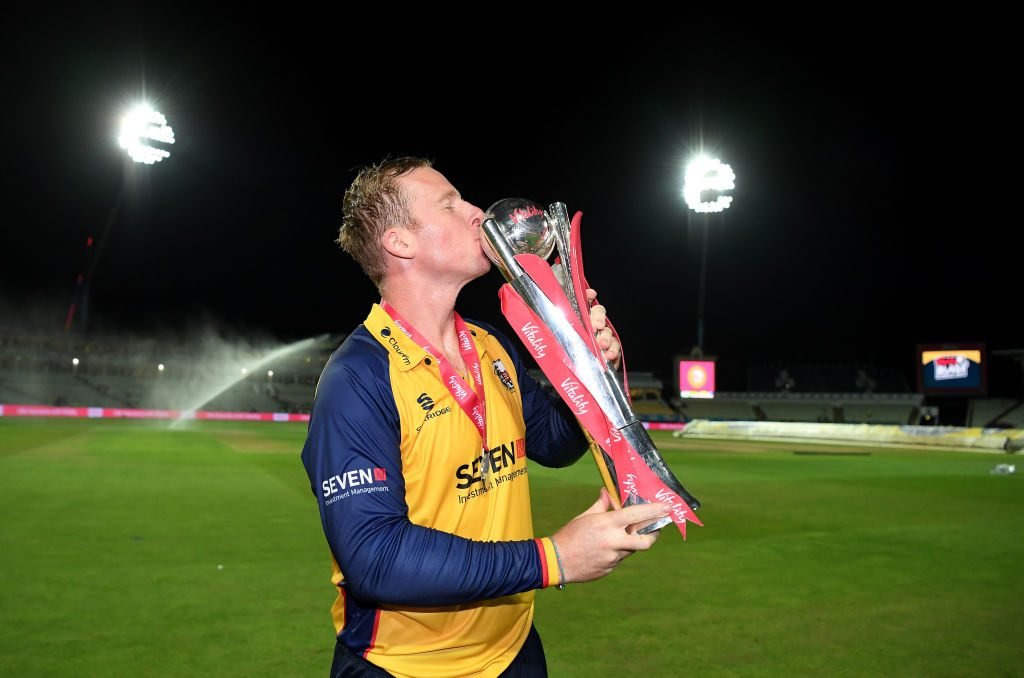 Gurney claimed 22 wickets with his left-arm pace, and was just one short of the highest wicket-taker, but the fact that he played two matches fewer shouldn’t be overlooked. Gurney averaged 18 and also claimed career-best figures of 5-30 against Derbyshire in July.

Rampaul ended as the highest wicket-taker in the tournament with 23 wickets, with a purr-inducing economy rate of 6.70. There weren’t any five-wicket hauls – his best figures in the tournament were the 3-17 he claimed against Northamptonshire last month – but there were always wickets and as an extension, considerable pressure on the opponents.

The leg-spinner, in 11 innings with the ball, took 21 wickets for Lancashire to end as the third highest wicket-taker in the T20 Blast 2019. His economy was a fine 7.48 and his return of 4-30 against Durham in August was his best haul of the tournament. He completes a fine attack.