Peter Siddle, it has emerged, had to be treated for smoke inhalation following the abandoned BBL 9 match between Adelaide Strikers and Sydney Thunder last week.

The fixture was abandoned 4.2 overs into the second innings after heavy smoke engulfed the Manuka Oval in Canberra, a result of the bushfires raging across New South Wales and South Australia.

Only four more deliveries were needed for it to constitute a match. Thunder were well ahead of the par score at the time, and if those deliveries were sent down, they were primed to win. However, the visibility at the time had reduced drastically from when the match started, and more concerningly, there were fears over the effect the poor air quality had on the players.

9:14pm local is the latest start time possible to complete the match

We’re all thinking of the true heroes out there fighting bushfires across the country at the moment ? #BlueEnergy pic.twitter.com/AHAOgx09uH

Siddle, the Strikers’ bowler, had sent down two overs before play was stopped, and it has now emerged he needed treatment for smoke inhalation after that. Siddle has since linked up with the Australia Test squad for the Boxing Day Test against New Zealand, and insisted he is in the clear.

“If you sit next to a campfire, just imagine that, that’s what it felt like out on the field,” Siddle said. “I’m feeling all right. It’s obviously disappointing not to be able to finish the game, but at the end of the day player welfare is the main thing, and there’s bigger issues going on than worrying a cricket game.”

Alex Carey, the Strikers captain, further revealed disturbing details of how players could “taste the smoke” and why, with asthmatic players in the team, it was the right decision to suspend first and then abandon play. 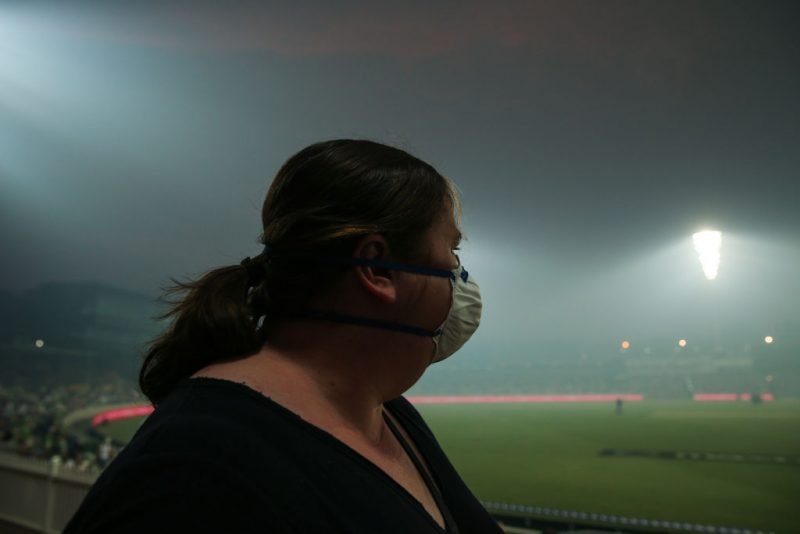 “We had a couple of cases and the doctor had to come in and assess him [Siddle],” Carey told reporters. “We have a few asthmatics in the team as well so luckily they didn’t stay out there too long in those conditions.

“As a player out there standing in those conditions as soon as it changed, it felt unhealthy. That’s first and foremost, the safety and welfare of the players and staff, the umpire and the crowd. The air quality, it didn’t taste too good either.”