It’s a month and a half until the first ball will be bowled, but the seventh edition of the Bangladesh Premier League is already generating plenty of intrigue.

In the aftermath of arguments between the Bangladesh Cricket Board and franchise owners, the BCB have assumed complete ownership of the tournament, including all seven teams, changed the pay structure drastically, and implemented a new set of rules governing team selection which are already having wide-reaching consequences.

According to BCB president Nazmul Hassan, the division between the board and the franchises stemmed, at least in part, from disagreement over the decision to schedule a second edition of the tournament in 2019. The last tournament finished in February, with the start of the next scheduled for December. 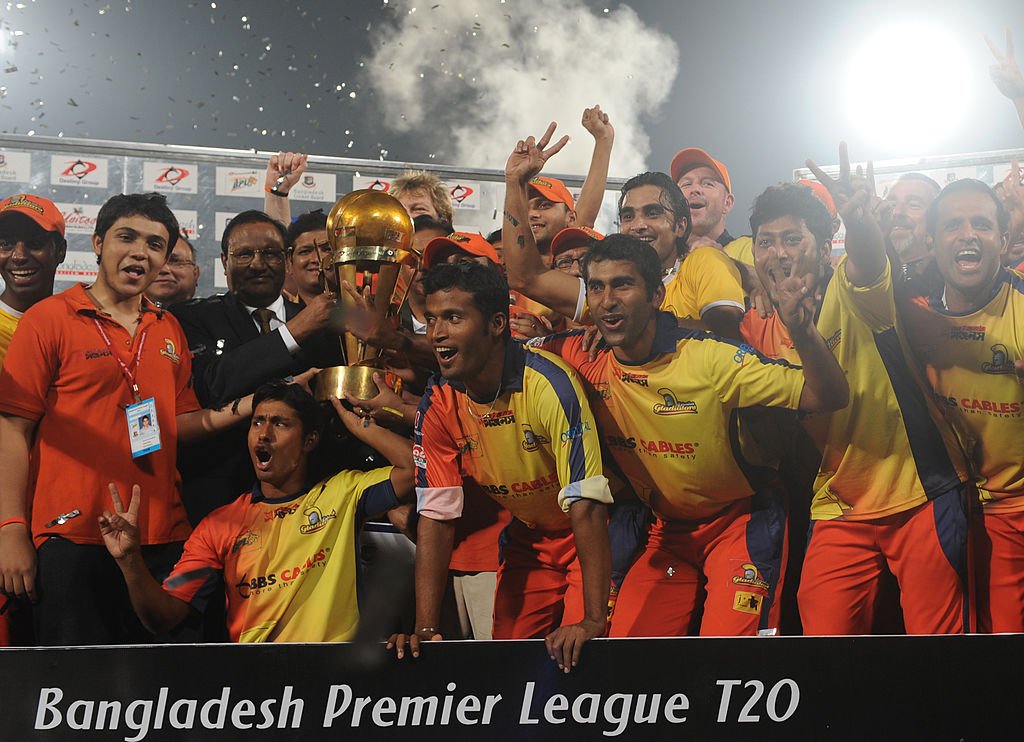 The Dhaka franchise won the first two editions of the BPL, but find themselves at the heart of the dispute which led to the BCB’s decision to scrap the franchise system

But digging deeper there are larger issues at play. Initially the franchises did not find the scheduling an issue. That was until all existing player contracts were voided, one of several measures announced following a meeting of the tournament’s Governing Council (GC) in August. Leaving teams little time to prepare, this move was opposed by all but one franchise – the Dhaka Dynamites, who requested the rule days after their captain Shakib Al Hasan had signed for rival side Rangpur Riders.

Rangpur’s CEO believed this to be a case of sour grapes. “Apart from Dhaka Dynamites, everyone wanted the same thing,” said Rangpur’s CEO Ishtiaque Sadeque. “Shakib left Dhaka, so they couldn’t accept it. We all wanted the old rules to stay, that’s all.”

Whatever the reasons, the upshot is that the BCB have taken over ownership of all the teams, and taken the chance to implement regulations dictating that every BPL side must field at least one 140kph plus bowler, one leg-spinner, and that the latter must bowl their full quota every game, in a bid to develop those players for the national side. The teams’ head coaches will all be foreign, along with their physios and strength and conditioning coaches, in an effort to ensure the guidance the players receive is of a high standard. 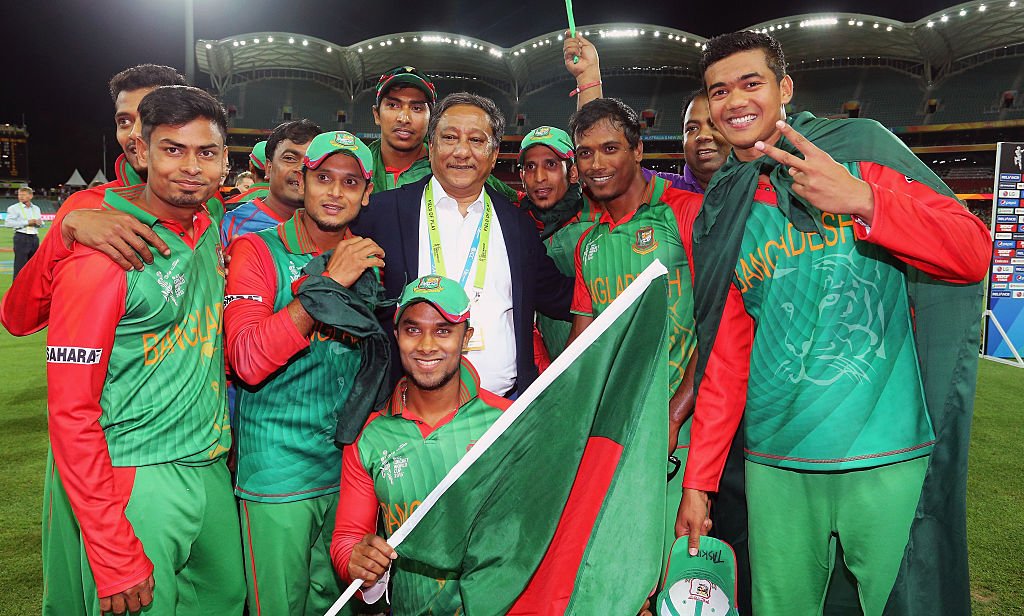 Nazmul Hassan, pictured with the players after beating England to knock them out of the 2015 World Cup, has presided over a rise in the fortunes of the national side

In some ways the move is laudable. By taking control of the BPL, the BCB have forgone a sizable chunk of money, in part because they feel the national side will be better off. The plan is to recoup some of the lost investment by paying less to the players involved, though the exact payment structure is yet to be confirmed. A suggestion by BCB director Khaled Mahmud that the board would match T20I match fees is best-case and would still represent a significant fall in earnings for the highest-earning domestic players. Predictably the players are not happy.

The BPL is an international-standard competitive tournament... not the place to make a player

“It is a very small amount for a cricketer to maintain the minimum standard of living in Bangladesh,” said Shakib. “Government officers get increments every year, but we see that it is same for us every time. It even gets reduced.”

He was also critical of the mandatory leg-spin rule. “I think that leg-spinners should bowl a lot of overs in first-class cricket to gain confidence and consistency. The BPL is an international-standard competitive tournament where you will face scenarios that you are likely to face in international cricket. You share the dressing room with overseas cricketers. It is not the place to make a player.” 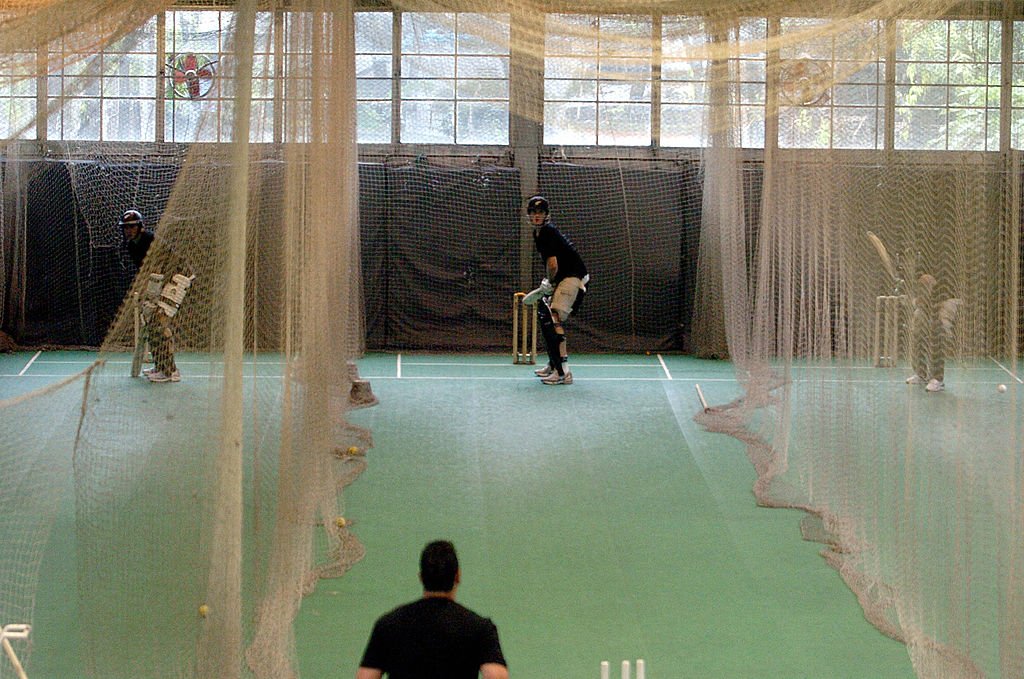 There should, at least, be no doubt as to how seriously the BCB are taking their new rules. The insistence on teams to play wrist-spinners is not limited to the BPL – the board also instructed the eight teams participating in the National Cricket League (NCL) to play any available leggies, and when the Dhaka and Khulna teams ignored this request both coaches were sacked.

Shakib’s criticisms weren’t limited to the two new developments. In his estimation, some infrastructure issues go back a decade. “Places like Chittagong, Rajshahi, Khulna and Sylhet should have a proper gym, running and indoor facilities,” he said. “You cannot bat for more than 15 minutes in the Mirpur indoor facilities, because it gets so hot. They haven’t installed ACs even after being told for ten years.”

Related Story: A look back – How cricket in Bangladesh has changed in recent years‍

As it stands, there has been no outward reaction from the BCB to Shakib’s comments. As far as the BPL is concerned, the number of teams and their names will remain the same as in the sixth edition, though it had initially been announced that Chittagong Vikings would be replaced by two new teams. None of the squads or players are confirmed. When the tournament does get underway, it will have some way to go to matching the action involved in getting there.