According to a report in The Guardian, Pat Brown will play the second half of this year’s Big Bash League for Melbourne Stars.

As a reflection of his meteoric rise, will be tasked with filling the sizeable void left by South Africa pace legend Dale Steyn in the Stars set-up, who will be available for the first six games of the season.

Brown, 21, is set to make his international debut for England during their five-match T20I series against New Zealand, which gets underway on Friday, November 1. England have a host of youngsters in their squad for the five-match series as the management look to freshen up the side with an eye on the T20 World Cup in Australia next year.

Eoin Morgan, the England captain, has even said those who impress in the coming months will be in the side for the premier event. Brown’s BBL deal, therefore, works hugely in the 21-year-old’s favour. He will now have a chance to suss the conditions in Australia in one of the premier T20 leagues in the world and make a case for his inclusion in England’s squad for the big event. 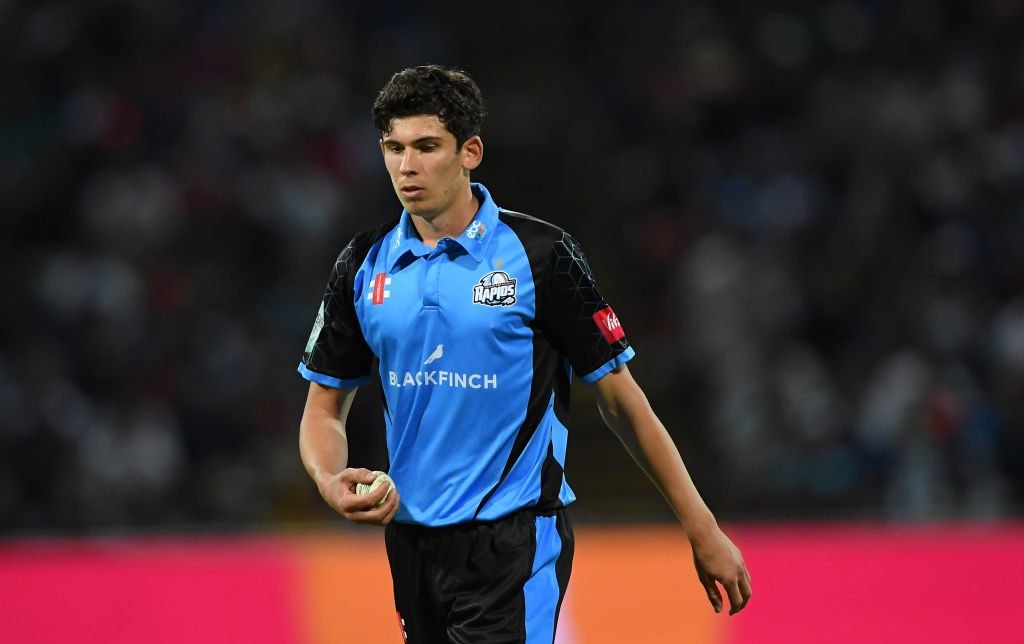 Pat Brown took 17 wickets in the T20 Blast this year

The Worcestershire paceman took 17 wickets in the T20 Blast earlier this year – he took 31 in the 2018 tournament – and was picked up by Birmingham Pheonix as the local ‘icon’ in The Hundred draft.