The Pakistan Super League has, over its four-year existence, been stage to some of the best T20 performers from across the world. From Shahid Afridi to Kieron Pollard to Shane Watson, the PSL has been witness to some of the world’s greatest white-ball bruisers and wicket-takers.

Less than a month remains for the fifth season of the tournament, where Quetta Gladiators, who finished as the runners-up in the inaugural two seasons, will defend their title, having lifted it at long last in 2019, with an eight-wicket victory over Peshawar Zalmi at Karachi’s National Stadium. As we draw closer to the 2020 instalment of the six-team spectacle, let’s look at the best PSL players of all time, put together into a dream PSL XI.

The Peshawar Zalmi mainstay is statistically the most successful batsman in tournament history and also its most prolific century-maker. Akmal was part of the Zalmi side that lifted the trophy in 2017 and made a defining contribution in the final, top-scoring with a 32-ball 40 to pave the way for a 58-run win. Thanks to Akmal’s efforts, Zalmi put up 148-6, before going to defend it successfully, after routing Quetta Gladiators for 90.

Akmal has also had tremendous success behind the stumps. His 39 dismissals, featuring 31 catches, are both tournament records, while his four catches in an innings are also unsurpassed.

The Australian all-rounder has tournament after tournament of making bowlers look pedestrian. Watson played a defining role in the Gladiators’ title win last year, topping the table with 430 runs. Watson’s aura of invincibility at the top came to the fore in the Qualifier, where he smashed a 43-ball 71 to vault the Gladiators into the final – his fourth half-century of the season – and finished it as the player of the tournament. Overall, Watson is only behind Akmal in the tournament run charts.

Which player are you most looking forward to seeing in the #PSL2020?https://t.co/Q9uW9RkHL1

Babar Azam has been a steady positive for Karachi Kings, as their leading run-scorer, even as they have struggled to go past the play-offs and into the final so far. Azam was the Kings’ leading run-scorer in 2017 and 2018, and their second-highest last season. Babar’s nine fifties across the seasons are the joint-highest in the tournament, alongside Watson and Ahmed Shehzad.

Babar has steadily climbed up the ranks in the PSL. Bought for USD 25,000 (19,100 pounds approx.) by Islamabad United for the inaugural season, he moved to Karachi in the next season draft for twice that sum, and in the two years since, he has been promoted to the Diamond category first, and subsequently the Platinum category.

The other half of the Akmal brothers has for long been one of the world’s most destructive white-ball strikers, and his PSL record is testament to that. Bought by Lahore Qalandars, Umar was the highest scorer in the inaugural PSL, with 335 runs at an average of 83.75 and strike-rate of 157.27. However, form deserted him in the next two seasons, and with compounding disciplinary issues, Umar lost his place in the side and was subsequently transferred to Quetta Gladiators, where he starred for a champion team in 2019, with 277 runs at 34.62 and a strike-rate of 137.12.

Ronchi has been one of the most destructive and savage strikers in the PSL, boasting a career strike-rate of close to 170. Ronchi was at his best in the 2018 PSL, when he topped the batting table with 435 runs at 43.50 and a strike-rate of 182 that took his side, Islamabad United, to the title. Ronchi’s knocks that season included a 19-ball half-century – the second-fastest in PSL history – and a 26-ball 52 in the final that set the tone for Islamabad’s 149-run chase.

He had a relatively quieter tournament by those standards in 2019, but he still struck at 155.60 and finished among the top 10 run-scorers in the competition.

As was the case during his international career, Afridi made a PSL name for himself with the ball more than he did with the bat. But a strike-rate of over 156 still cannot be looked past. Afridi led Peshawar Zalmi in the inaugural season, but stepped down ahead of the second season, handing over the reins to Darren Sammy. He subsequently left the franchise altogether and jumped ship to Karachi Kings, before once again switching allegiances to become a part of the Multan Sultans, ahead of the 2019 season. Afridi has been retained as captain of the side for the 2020 edition. 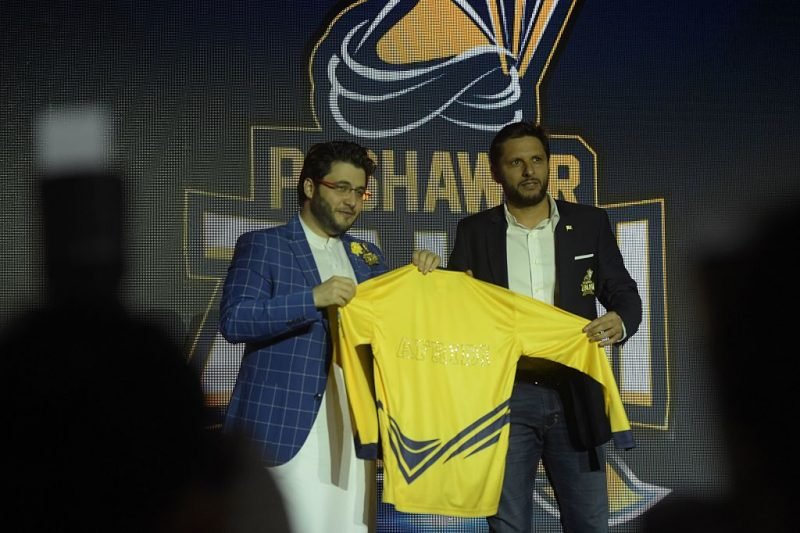 Shahid Afridi led Peshawar in the inaugural season of the PSL

Pollard has turned out for a different outfit in each of the three PSL editions that he has played in so far. Bought by Karachi Kings in 2017, Pollard was transferred to Multan Sultans in 2018 and then Peshawar Zalmi last year.

Pollard has been a consistent performer in the PSL, always averaging in excess of 30 or thereabouts, while the strike-rate has never dropped below 150. He has done that in addition to bowling several holding overs in the middle, and of course, his extraordinary athleticism in the outfield, which makes him a fielder to die for.

As with Pollard, Darren Sammy has efficiently played the role of a slog-overs destroyer, striking at over 150 en route to amassing 647 runs across four seasons. Sammy, who led Peshawar Zalmi to the title in 2017, in addition to two runners-up finishes in the last two years, is the second most successful captain in the tournament, with 20 wins, after former Pakistan skipper Sarfaraz Ahmed.

The most prolific wicket-taker in the PSL, Wahab Riaz has played an integral role in Peshawar Zalmi’s enormous success in the tournament to date, as their strike bowler during their triumphant campaign in 2017 and runners-up finish in the subsequent two seasons. Wahab has topped Peshawar’s wicket charts in all but one of the four seasons, with 2019, when he finished behind Hasan Ali, being the exception.

Wahab’s teammate and the other half of Peshawar’s imperious new-ball combination, Hasan Ali is one of only two bowlers in the PSL to have snared over 50 wickets. =

Hasan made an immediate impact on the tournament, by finishing as his team’s second-highest wicket-taker in the first edition in 2016. But his standout season came in 2019, when Hasan finished on top of the pile, with 25 scalps, to be named bowler of the series.

The Gladiators left-arm spinner arrived on the scene with 4-13 on PSL debut, against Islamabad United in 2016, and has since gone on to establish himself as an integral cog of the unit.

Related Story: The England players involved in the PSL 2020 playoffs

He finished 2016 as the leading wicket-taker for the Gladiators, with 13 scalps – a performance that earned him a place in Pakistan’s squad for the 2016 World T20 – and he has since not looked back.

Nawaz is the most successful spinner in the PSL, and the third most successful overall. After finishing on the wrong side of the result in two successive finals, Nawaz finally tasted PSL glory, when his side lifted the trophy in 2019, helped by his 13 scalps at 26.92 and an economy rate of 7.60.