Harry Gurney, the Melbourne Renegades paceman, who won the BBL 2018-19 on Sunday, February 17, has hit back at Mark Waugh after the latter called him a “a left-arm Mr Bean”.

Waugh was on commentary duty for Fox Cricket when he drew parallels between Gurney, the England paceman, who played 10 ODIs and two T20Is in 2014, and Rowan Atkinson’s goofy fictional TV character Mr Bean.

“He reminds me of a left-arm Mr Bean, Harry Gurney,” Waugh said. “He’s the sort of player, if he rocked up to play fourth grade for Bankstown and you watched him bowl you’d say, ‘Yeah OK, we’ll give him another game’.

My thoughts:
– People have been calling me Mr Bean for years, I think it’s likely he would be a better batter than me.
– Mr Bean did actually rock up for Bankstown… 1st grade though and got 5fer most weeks.
– Mr Bean has got a @BBL winners medal. @juniorwaugh349 ? https://t.co/rFKGFBHB3u

“I’m not saying he’s not a good bowler but just his appearance and what you see.”

Gurney, however, took it all in his stride. After returning 1-20 in the BBL final – he was the most economical Renegades bowler – he pointed out that he was not the most athletic cricketer, and said he’d been playing cricket in a “50-year-old accountant’s body”.

“I’ve often over the years jokingly referred to myself as a professional cricketer playing with a 50-year-old accountant’s body,” Gurney told Fox Cricket. 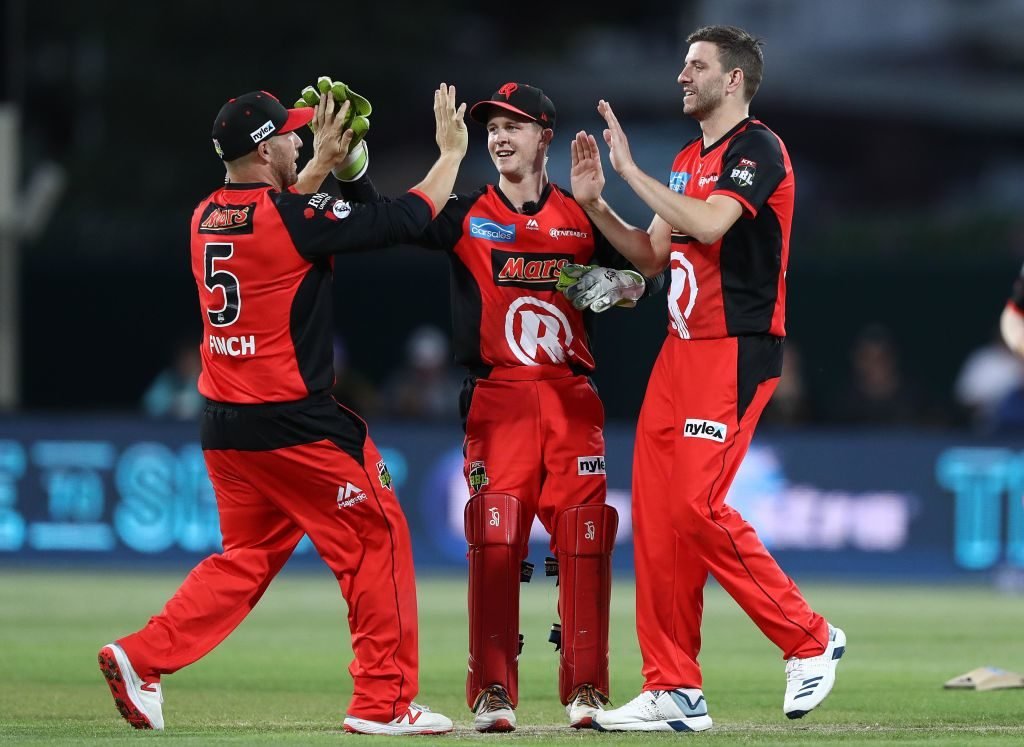 Harry Gurney returned 1-20 in the BBL, the most economical figures by a Renegades bowler

“I’m not the most athletic, I think I’ve had some strength and conditioning coaches tear their hair out over the years with me. There would be a few accountants playing fourth grade cricket so it’s probably a fair assessment.”

Gurney also took to his Twitter account, referring to himself as Mr Bean, and revealed he in fact did play grade cricket for Bankstown in the past.

Dan Christian, the Player of the Match for his 30-ball 38* and 2-33, backed him up, insisting Gurney was “the best death bowler” he has played with.

“I’d love to see Mark Waugh face him at the death, I don’t think he’d be able to get him. He’s got too many tricks, he bowls the perfect yorker, he’s a gun so I was really pleased for him to close that game out for us again.

“He did a great job for us all season.”