Kolkata Knight Riders batters Rinku Singh and Sam Billings were involved in an animated chat with the on-field umpires and opposition skipper Kane Williamson after being seemingly denied a DRS review following Rinku’s dismissal during a 2022 IPL clash against Sunrisers Hyderabad.

The third ball of T Natarajan’s second over was a scorching yorker that missed Rinku’s defence and went on to hit the batter on his toe. The seamer immediately went up in appeal and was initially left surprised as the umpire remained unmoved. However, he soon raised the finger, signalling Rinku’s dismissal for a six-ball five.

Rinku seemingly signalled for the DRS review but was denied by the on-field umpires after the 15-second timer had run out. Billings, at the non-striker’s end, immediately walked up to the umpires and was seen engaged in an animated conversation with the officials, with Rinku joining in as well. Opposition captain Kane Williamson intervened thereafter, discussing the situation with Billings as the umpires spoke to Rinku, asking him to head back.

According to the on-air commentator Pommie Mbangwa, non-striker Billings had signalled for the DRS within the 15-second deadline, but the request was not considered as it is the striker who has to ask for the DRS.

Mbagwa said, “I think the issue, then, here is that it wasn’t Rinku who made the sign, it was Billings who made the sign, and Rinku kind of assumed, yeah, we are going upstairs. And you can’t, you can’t make the sign for your partner. Anil Chaudhary [the square leg umpire] has taken charge here and is saying, ‘Listen, you’ve [Rinku] got to signal to the standing umpire that you want to go upstairs. Because if you don’t signal to the umpire, he won’t go upstairs.'”

Deep Dasgupta chipped in by saying, “It’s clear that for the fielding side, it [the person who goes up for the DRS] has to be the captain, and while you’re batting, it has to be the batter. It can’t be the non-striker or anyone else.”

Play was held up as the discussions continued mid-pitch, with Kolkata Knight Riders head coach Brendon McCullum getting involved at the boundary line as well. He was seen having a word with the fourth umpire. Rinku walked back, visibly displeased, with Billings still continuing his discussion with the umpires.

However, Rinku would not have benefitted even if he had taken the DRS, as replays showed three reds, with the ball crashing into the middle and off stump. 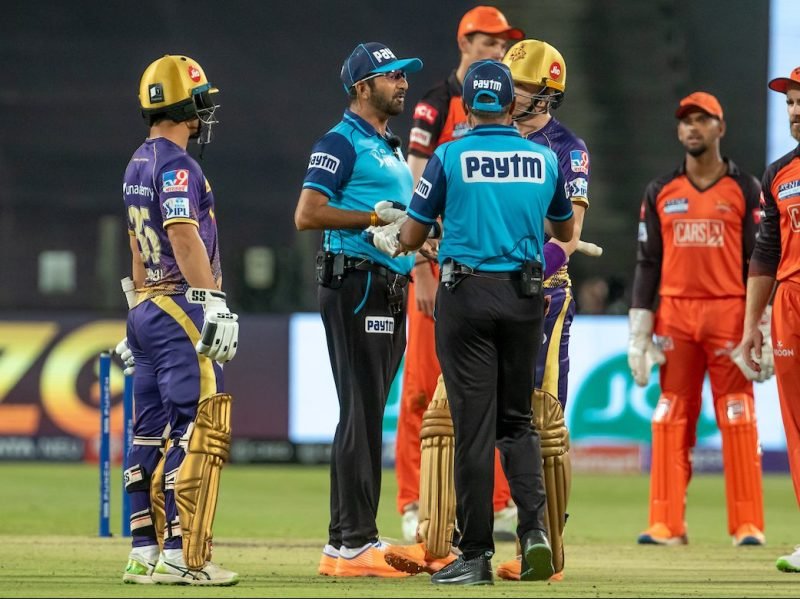 Captain Kane Williamson joined in, and was seen having a separate chat with Billings 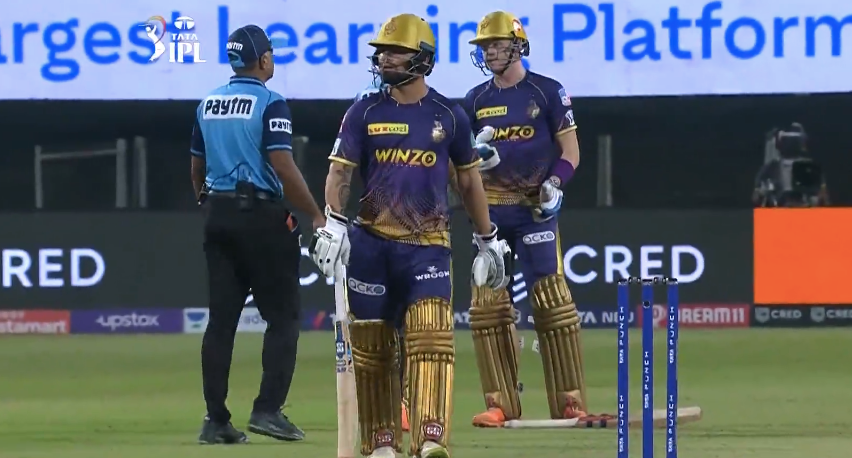 Rinku walked back, visibly displeased as Billings continued his chat with the umpires