Phil Walker marvels at Umran Malik, who has set pulses and speedguns racing at IPL 2021.

The origin story rolls across familiar terrain, that of the boy and his gift, transported from heaving maidan to the dream factory of the IPL. Those first forays with a tatty tennis ball via the YouTube self-education, to the pair of spikes he’s given for his first proper trial and the old mentor’s eye whom he catches, to the vision of a tight-knit family crowding round the TV for the first thunderbolt of a fantasy made real.

A few years back it was Mohammad Siraj, clattering through the cloisters with a tape-ball in his pocket, this embodiment of the ideal that religion and caste doesn’t matter, that talent rises from anywhere. T Natarajan, the left-arm yorker obsessive, came next.

He was barely known to his own franchise, drafted in only when Natarajan tested positive for Covid. Until then, the bedraggled senior stars at Hyderabad were more concerned with the miserable form of their franchise than the marginal progress of the reserve seamers.

Pulled in, Malik picked up a ball at nets, and set off after Williamson and Warner. The latter ducked and dodged and groped for air. A few days later he was facing Kolkata under lights.

The first thing to note was the eerie mirroring of Waqar Younis. It took just one delivery to confirm it; less, a few strides. No cricket follower with even a vague awareness of that part of its mythology devoted to the caustic and primal could fail to see it. The second was the speed gun, registering 93.84mph / 151.03kph, the fastest in the tournament by an Indian; the last, all the intoxicating intensity – 11 of his 24 legit deliveries were above 145kph – of the sporting moment, like an onrushing car in fog.

For all the shock of the new, he didn’t take a wicket. But a few days later, in the presence of the boss, he took his maiden IPL scalp, bowling four tight overs against RCB, the most economical bowler on show. Significant. He also hurled something down which clocked at 153kph. These, let it be said, are crazy numbers. The kind of digits, pushing up around the triple-figure mile mark, that need no modifier.

Kohli loved it, of course. He will just about be old enough to recall a time when India didn’t produce such cricketers, when the factories over the border overflowed with imitation-Waqars and proto-Akhtars yet in India the machinery lay dormant. No longer. India’s new cohort of quicks, ranging from the slippery to the skilful to the seriously special, can now add this latest signifier. Malik has since been added to India’s T20 World Cup camp as a net bowler. More may yet follow. 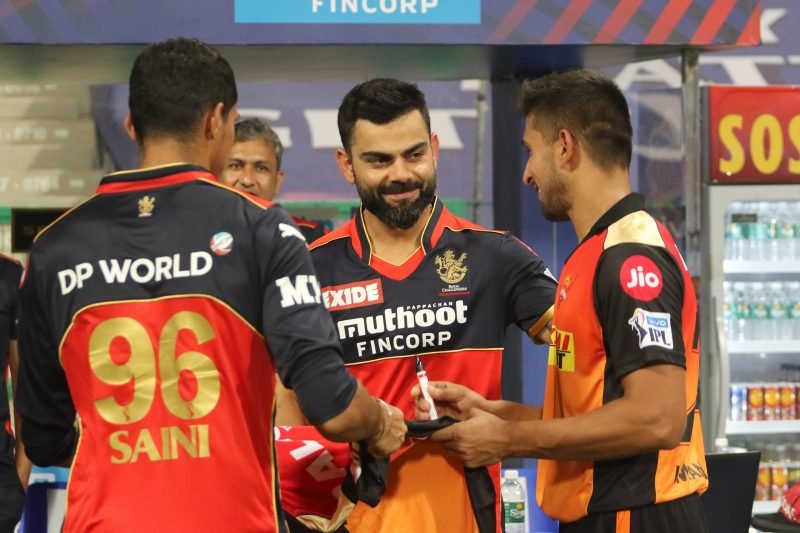 It doesn’t happen with other cricketers. Any player can have a night out, clear the ropes a few times, or rag a leg break. The odd true maverick might even bat a couple of sessions, on their day. But a day is all it is, an early trigger point along a timeline of hopeful, shaky progress. Yet with the quicks, the real quicks, the timeline is shot to pieces.

This is the pre-eminence of pace. Malik is already, in his own unique way, iconic.

It may not be Umran Malik, in the end. It’s not just that fast bowling is a wild and dangerous business, defined by its proximity to the edge; nor that it’s such a chaotically unnatural thing for the human body to do, a whiplashing carnival of contortions, with up to eight times the bowler’s body weight of force generated when that front foot lands.

It’s all the other stuff: the necessity to land it in broadly the right place, and to do something with it beyond the alien act of propelling it at 150 clicks; and then, and this is it really, this is the key, to keep wanting to do it, to keep coming back for more.

Malik has not yet played a first-class game, and such is the precarity of bowling extremely fast, he may not be especially keen to (although the fear that short-form cricket makes a quick bowler lazy is countered, in India at least, by the career trajectory of Jasprit Bumrah, a short-form gun turned Test match cannon). He is 21, and it may yet fall apart. Or he may become very feared and very rich.

Malik is from Jammu, learning his cricket in the margins, away from the establishment power-blocks, untethered from conventional coaching lines. The Kashmir-based cricket writer Tahir Ibn Manzoor, who has followed his progress since Malik first emerged for a trial, believes this explains why he bowls so fast.

“He was 17 when he went for this trial,” he recalls, “and he was there with jogger’s shoes on, and he himself admitted the fact that he was not aware of what spikes are. He’d played a lot on cement wickets. He had played tennis-ball cricket mostly, which helps to generate more arm speed. He was raw, coming from the congealed maidans, but fast. In this part of the world, the youngsters tend to bowl faster. They’re naturally fast. To put it plain, it’s in their genes.”

At that trial he impressed Randhir Singh Manhas, a coach at the Jammu and Kashmir (J&K) Sports Council, who would become instrumental in convincing Malik’s father, Abdul, a vegetable and fruit seller, that his boy had something special. When Malik broke into the J&K under 19s side (terrifying his teammates, according to Manzoor), the former India Test seamer Irfan Pathan was waiting for him, and it was Pathan who guided the boy to the brink of the Jammu & Kashmir first team.

After Malik played his third IPL game against Mumbai, it fell to Pathan – a skiddy, limited left-armer in his day, and an early cult hero of white-ball cricket – to grab a photo of the boy talking to Bumrah, the original revolutionary, and put it on Twitter.

The image itself is unremarkable, just a couple of young Indian cricketers in conversation after a match. One is wearing orange, the other blue. The sorcerer-apprentice dynamic is much in play. But something else is too, beyond the simple sharing of secrets after a routine end-of-season dead rubber. Here was a triptych of Indian fast bowling: posted by a plucky archetype of its past, in thrall to its present, in step to its future.