The complete schedule of the second leg of the Indian Premier League [ IPL 2021 ] has been confirmed – here’s the full list of fixtures for the UAE leg of the tournament.

The tournament will shift from India to the UAE, where IPL 2020 was held. The competition will resume with a showpiece clash between Chennai Super Kings (CSK) and Mumbai Indians (MI) on September 19 and will conclude on October 15, with 31 matches played across 27 days. The men’s T20 World Cup 2021 will begin on October 17 and will be staged in Oman and the UAE, but the Super 12 (including India) will not kick off until a week later.

Delhi Capitals (DC) sit top of the IPL 2021 table as it stands, with CSK and Royal Challengers Bangalore (RCB) in joint second on 10 points. MI are in fourth on eight, Rajasthan Royals (RR) and Punjab Kings (PBKS) both on six, Kolkata Knight Riders (KKR) on four, and Sunrisers Hyderabad (SRH) propping up the table with just one win in seven games so far. 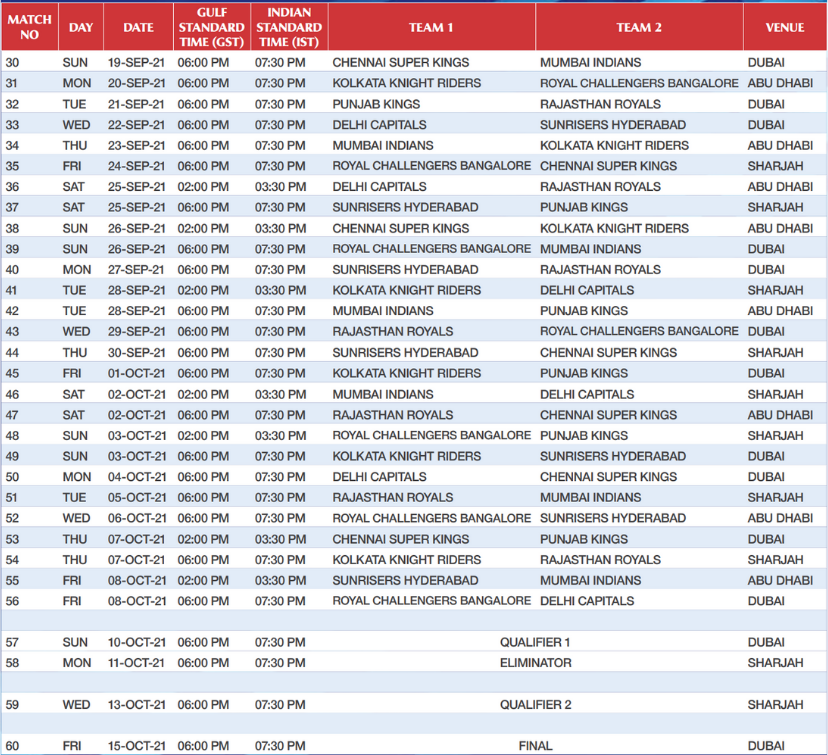