Emily Bowe picks out the IPL league table that matters, rating each team based on their kits.

Rarely do the worlds of fashion and cricket come together in quite such flamboyant style as they do at the Indian Premier League. The tournament is by now well established as the glitziest and most glamorous in world cricket, and that extends to the kits too. Gone are the pristine whites and muted creams of the Summer season, and in are the garish, flashy outfits that really represent all that is shiny and exciting about the IPL.

However, in IPL 2020, not all the teams have found sartorial success. Here’s Wisden’s IPL kit league table, dictating which teams are fashion forward, an which should head back to the changing room.

Whilst the Royal Challengers Bangalore had good intentions behind their choice to don the bright green pyjamas, raising environmental awareness, it really is a sight for sore eyes. But their biggest crime against fashion is actually not going far enough. The lime-green kit is quite something by itself, but when combined with red pads it reaches a new level. And not in a good way. Described by one viewer as “like living inside a migraine”, it’s an almost festive combination, one that should really see RCB renamed Lapland Legends, albeit two months too early.

The garish get-up has at least got everyone talking about the RCB’s ‘Go Green’ initiative, which is commendable. However, we’re not sure that the fashion-conscious Virat Kohli will be best pleased, especially when their trusty red and gold outfit is one of the competition’s finest. 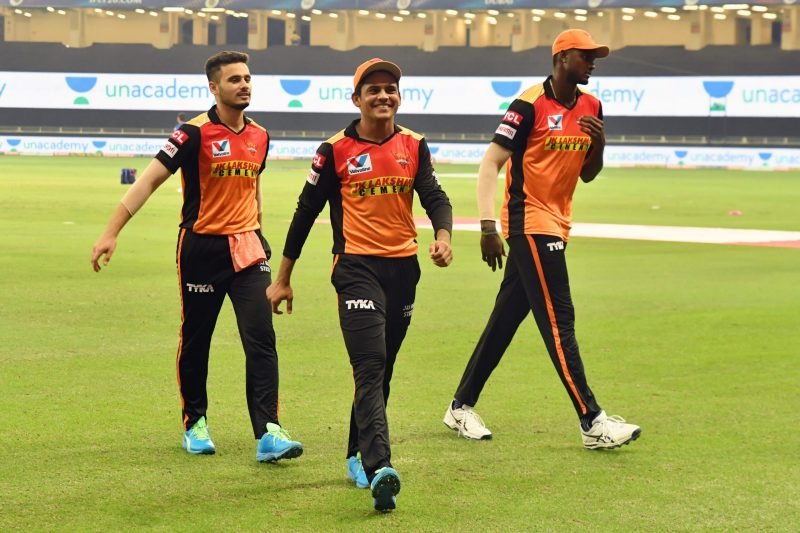 Don’t look directly at it!

You can see what designers were trying to do here. The bright orange of the Sunrisers Hyderabad kit not only fits the name, but also the local weather; the highest ever recorded temperature in Hyderabad is 49.5°C. However, their garms are more solar eclipse then beautiful sunrise – look directly at it too long at your peril. With them currently sitting in fourth position in the actual IPL table, it could be around for a while yet.

Gold and purple might seem like it should be a regal combination; unfortunately, the Kolkata Knight Riders kit looks more like the wrapper of the final chocolate left in the box after Christmas. Even Eoin Morgan, English cricketing royalty and a man who met the Queen when receiving his CBE, doesn’t quite pull off the combination. 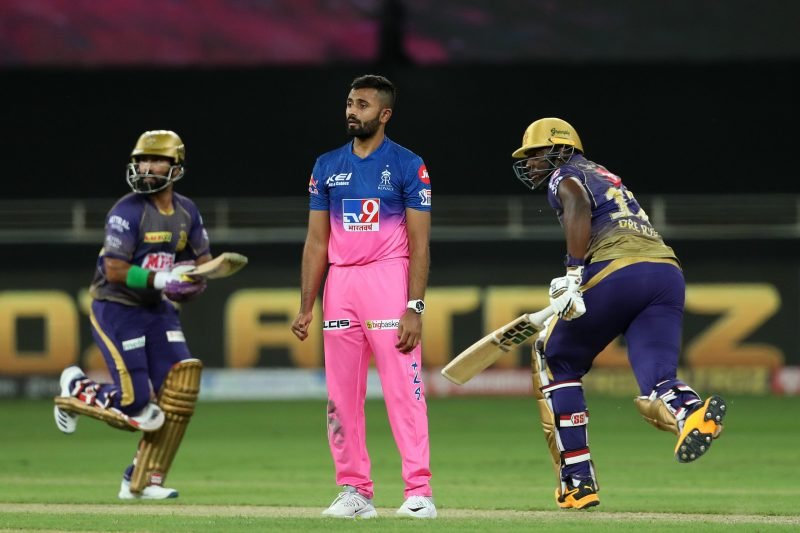 Again, it’s a kit that looks vastly different when fielding and when batting, with the gold pads an eye-catching accessory. Perhaps it’s the team trying to manifest a first-place finish. If so, it’s not going great; they haven’t finished in the top two since 2014.

It’s not a bad kit, exactly. But it also doesn’t stand out, and, if anything, it makes it look like Kings XI Punjab are about to run onto a football pitch than play cricket. They have at least picked a good kit to emulate; we’re getting 2003-04 Arsenal Invincibles vibes. However, Kings XI Punjab haven’t quite recreated that unbeaten record, currently sitting fourth.

For a team with the Universe Boss in their ranks, you’d expect a little more.

Chennai Super Kings have spent their time as an IPL team redefining what’s possible when it comes to consistency into a by-nature volatile format, and with their kit, they’ve managed to do something else similarly impossible; make an all-yellow outfit seem not completely awful. The lion decal is effective, and the touches of blue are welcome.

Still, it’s mostly an almost neon yellow, so it can’t be that good. It almost makes you feel like you should be in Ibiza and waving your glow sticks around. Maybe their performance this year will finally see them change their signature colour. 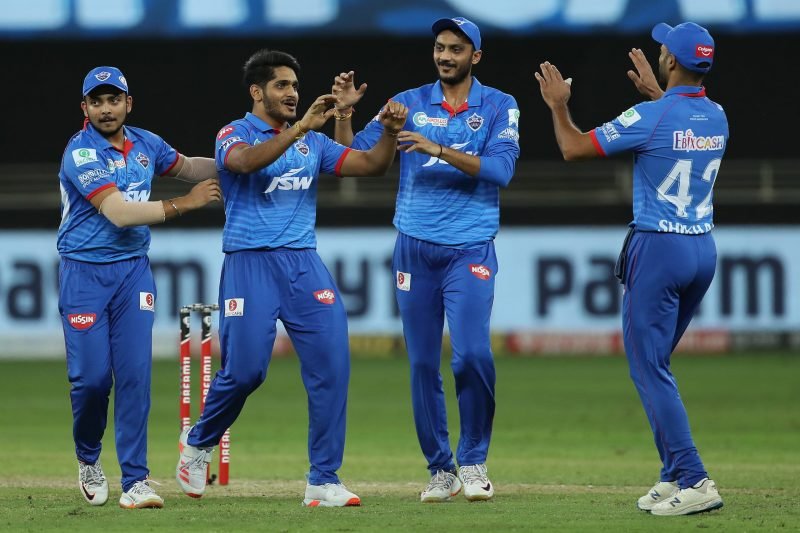 Delhi Capitals’ kit sees them in the top four

While their on-field play is often audacious, with dashing young batsmen and thrilling fast bowlers to the fore, the Delhi side’s name change from Daredevils to Capitals perhaps indicates that they are not afraid to play it safe, and their red and blue combo has a classic feel to it. That’s not necessarily a bad thing, and given their kit in the past has evoked the bad old days of English ODI cricket, this still feels distinctly their own. The big cat design on their chest isn’t all that original though, and we miss the asymmetric sleeves.

Now we’re talking. Formerly all blue, and all too indistinguishable from Mumbai Indians, the Roylas’ switch to mostly pink was bold, but it’s paid off. The blue to pink gradient on the chest is gorgeous, and the soft pink pads means they’ve avoided the KKR clash. If we’re being overly critical, then it’s giving us more ‘kids slumber party’ than ‘serious cricket’ vibes. But overall, it’s a winner.

RCB have done much better with this red and black choice than their green alternative kit. Formerly a mess of blue, gold and red, their new style, with blocks of colour, a subtle lion emblem, and gold trim is simple but very effective. Still, the perennial underachievers, who have finished as runners-up on three occasions, but never won the title despite their star-studded line-up, will have to settle for second place again. 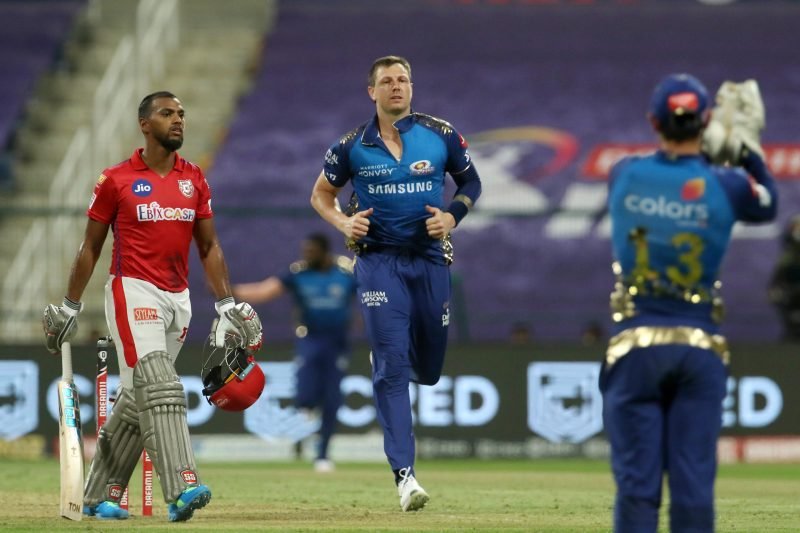 James Pattinson’s zipper is down

Much like Mumbai Indians themselves, their kit combines royal class with streaks of golden flair. The zip collar really works too. While the addition of a fastener can often look cheap, MI’s don’t, seemingly disappearing when pulled all the way up, while also allowing the rig-proud player to show off what they’ve got. The light/dark effect on the midriff really works too. In other words, Mumbai Indians, the IPL’s best team, also have the best kit too. Sickening isn’t it?