We look at the IPL legends whose careers are on the decline, and who are no longer the players they used to be.

Over the years, the Indian Premier League (IPL) has made stars out of men. In the cricket world, they attained legendary status with eye-catching performances in the most-watched franchise T20 league in the world.

Unfortunately, as with all stars, they waned. The decline has been gradual for some, accelerated for others, but in the ongoing IPL 2020, and indeed, the last couple of editions, it became evident the strengths of some of those players are no longer what they used to be.

As difficult as it is to come to terms with, time catches up with everyone. And it can be a difficult viewing, seeing a once-perfect drive fail to connect or a yorker falling short. It is what it is.

Below, we look at the IPL legends who are no longer what they were. Buckle up, this one will be a difficult read.

There was a time when Chris Gayle was the first name on the team sheet. During his heydays at RCB, Gayle very simply redefined what it meant to be an opener in T20 cricket. He became a bowler’s nightmare, none more so than when he smashed 175* against Pune Warriors India in 2013, and he scored over 600 runs in his first three seasons for RCB.

The hits became rarer than the misses as time went on, and he made a quiet move to Kings XI Punjab in 2018. Since then, on the few occasions he has clicked, bowlers continued to have no recourse. However, it’s a reflection of his falling status that KXIP have opted to continue warming the benches with him so far this season. He’s no longer the first name on team sheets, but the memories of his IPL peak can still make bowlers shudder.

It’s quite telling that in recent years, Bravo is known more for his musical accomplishments – we’re talking of the Champion song, of course – than feats on the field. He did take 3-37 against KKR, but the performance got overshadowed by the manner of CSK’s defeat. Last year, in 12 matches, he scored 80 and picked up 11 wickets, even as CSK made it to the final.

The Bravo of old could be relied upon to take crucial wickets or hit the big ones with the bat – like in 2012, when he scored 371 runs and picked 15 wickets, or even 2013 and 2015, when he claimed 32 wickets and 26 wickets respectively. He’s not been hitting those highs in the last few years though, certainly not towards the end of the decade.

Sunil Narine has never really been the same since the change of his bowling action. From 2014 to 2016, and even in 2018, Narine found his bowling action being reported at various levels, and he has had to miss World Cups (yes, plural) to work on his action and make it legal. In doing so, something went missing.

Narine pre-action change would take wickets by the dozen – in his first three years in the IPL after KKR unearthed him, he picked up 24, 22 and 21 wickets. In 2015, after being reported, he decided to tweak his action. He’s never been the same, picking 11, 10, 17 and 10 in the last four seasons. He’s still extremely hard to score off, but that wicket-taking ability is what made him an IPL legend.

Most catches by a wicketkeeper in IPL:

This is a difficult one to stomach for many an India fan. But it’s impossible to ignore anymore. Dhoni’s powers have been on the wane for the best part of the last few years, but something about the IPL still brought out the best in him. When CSK returned from suspension in 2018, it was as though a spark was lit in Dhoni. Despite struggling at the international level on occasion, Dhoni was exemplary in the IPL in 2018 and 2019, scoring 455 and 416 runs respectively to power them to the final on both occasions.

Dhoni lifted the trophy in 2018. Last year, Mumbai Indians sneaked one by him. After not playing cricket for well over a year since the 2019 World Cup, Dhoni also announced his international retirement, ahead of IPL 2020. The hope was that it would allow him an unhindered IPL campaign, but it’s been anything but. He’s under a lot of pressure as CSK sit at an unfamiliar No.6 on the table, after losing four of their six matches. He’s not able to finish matches like he used to, and the impression is, time has finally caught up with him.

Yusuf Pathan was one of the early success stories of the IPL. He had everything tailor-made for the tournament, with his muscular strokeplay, an ability to strike at mind-boggling rates, and on his day, he was a match-winner. In the inaugural IPL, for Rajasthan Royals, he scored 435 runs at a strike-rate of 179.01 – KKR soon signed him, and he rewarded them with high-value knocks, like in 2012 when his 21-ball 40 in the semi-final helped them progress and eventually win their first title.

However, his level gradually dropped, despite finding takers throughout the decade, and it hit a nadir last year, when he aggregated just 40 in 10 matches for Sunrisers Hyderabad. It came as little surprise when he went unsold in the IPL 2020 auction.

Harbhajan Singh is in the top five of the all-time IPL wicket-takers’ charts. He has 150 wickets in 160 matches, at an average of 26.44, and even in the last edition, he had an impressive campaign, picking 16 wickets in 11 matches for CSK. That might seem to suggest he is far from fading, but when you factor in his age (he is 40), and the fact that in the three seasons preceding 2019, he took wickets in the single digits, the prospects aren’t too rosy.

Add in his lack of cricket action – he hasn’t played a mainstream match since the 2019 IPL – and what will surely be a lengthy absence from the sport following his decision to opt out of IPL 2020, it looks like the end is nigh.

Congratulations Mahi bhai (@msdhoni) at becoming the most capped IPL player. Happiest that my record is being broken by you. All the best for the game today and am sure @ChennaiIPL will win this season’s @IPL. pic.twitter.com/f5BRQTJ0aF

One of the questions mooted after Suresh Raina decided he would not play in IPL 2020 was whether CSK would really miss him. It was telling of the doubts surrounding him at the moment. Raina is second only to Dhoni when it comes to the strength of the relationship with the CSK fanbase – he is affectionately called chinna thala – but his performances in the last IPL has been less convincing.

His strike-rate last year was 121.97 as he scored 383 runs. If modern T20 analysts are to be believed, strike-rate is the single most important factor for a top-order batsman in T20 cricket, and Raina’s performances don’t match up, certainly not when compared to his peak – he scored 548 runs at 150.13 in 2013. Perhaps he can change notions next year.

There was a time when Robin Uthappa regularly featured in the top half of the IPL run charts. He was one of KKR’s leading lights as they won the title in 2012 and 2014, scoring 405 and 660 runs respectively in those years. There’s also the fact that he was an extremely watchable batsman. Those days are long gone.

Since that 2014 season, Uthappa hasn’t scored more than 394 in a season. Last year, he managed just 282 in 12 matches. He was bought by Rajasthan Royals ahead of IPL 2020, but in four outings this year, he’s reached double figures just once (a measly 17 against RCB). He’s 34, so there is still time to rediscover the old magic. But can he? 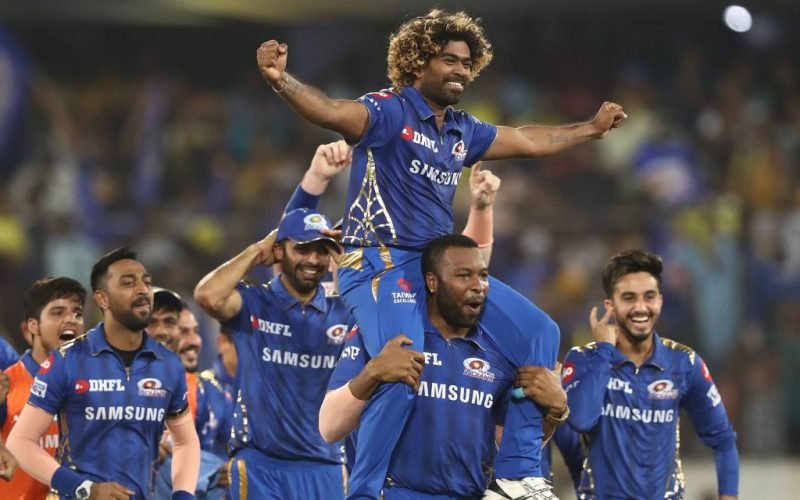 Malinga was hugely celebrated following his last-ball wicket in the final of IPL 2019 that won MI the title. However, what’s forgotten in all that is the fact that Malinga was extremely expensive leading into that over – in his previous over, the 16th, he had been picked for 20 runs.

Malinga is an IPL legend, and perhaps the most influential bowler in T20 history, with his yorkers at the death changing perceptions and approaches to bowling in that phase. Bumrah can vouch for that. However, since 2015, he has been inconsistent, because of injuries and in his performances. He missed the entirety of 2016 and 2018 seasons, and has now missed the 2020 season as well. He picked up just 11 wickets in 2017, and while improving to take 16 last year, the fact remains that he is not the force he once was.

When going through the IPL all-time wicket-takers’ charts, one usually does a double-take after spotting the No.3 position. Piyush Chawla, with 156 wickets in 162 matches, is the third-highest wicket-taker in IPL history. But he rarely features in conversations or lists surrounding IPL legends, in what is perhaps a consequence of his quiet nature.

The leg-spinner was KKR’s go-to for the longest time, playing his part in their triumphs in 2012 and 2014. However, after being quietly decent without being outstanding in the latter half of the decade, KKR released him ahead of IPL 2020. CSK snapped him up after a bidding war, but he has been dropped after middling performances in five games. He’s still 31 though, so perhaps the magic can be rediscovered.