The penultimate over of the clash between Chennai Super Kings (CSK) and Sunrisers Hyderabad (SRH) was an eventful one, with umpire Paul Reiffel appearing to refrain from calling a wide against CSK after protests from their captain MS Dhoni and bowler Shardul Thakur.

The over began with SRH needing 27 runs from the remaining two overs. On the second ball, the bowler Shardul Thakur strayed past the guideline while attempting a wide yorker, and Reiffel signalled a wide. On the very next delivery, Thakur tried the same delivery again, a full yorker sliding away from Rashid Khan, the batsman, who looked to bring his bat down on it, but only connected with the ground.

The ball again seemed to pass just wide of the line, and Reiffel seemed like he was about to signal for a second consecutive wide. However, this time, protestations from Thakur and Dhoni, from behind the stumps, seemed to affect his decision-making as he quickly changed his mind. The delivery went down as a dot ball.

The incident seemed to confuse everyone initially, including Kevin Pietersen, Sunil Gavaskar and Michael Slater on air during commentary duties for Star Sports.

“I’m almost dead certain that I saw his (Reiffel) arms start to go out,” said Pietersen. “And there was a lot of shouting and screaming at him, and he sort of stopped his decision.”

The broadcast then replayed the incident, and it appeared evident that the umpire was about to signal a wide when he changed his mind, even as the camera panned to Dhoni and Thakur seemingly protesting at the decision, while David Warner, in the SRH dugout, shrugged in apparent confusion. 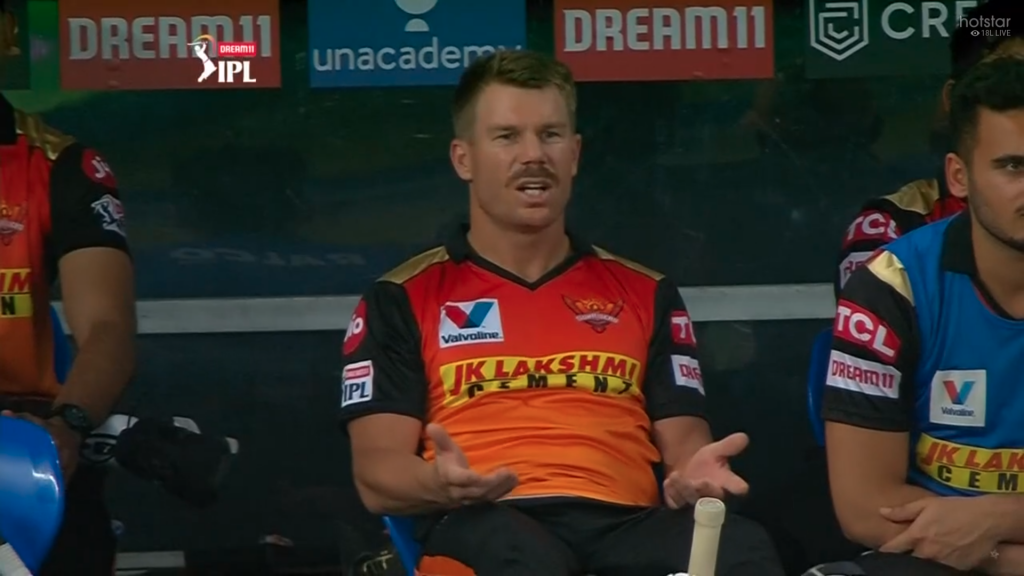 CSK went on to win the match by 20 runs, with Thakur dismissing Rashid Khan hit wicket at the end of that over, but the incident sparked an uproar on social media, with some quarters of the view that the umpire should have been stronger in the face of a challenge from the players. Others argued that it was an indiscretion from Dhoni and CSK.

Others still suggested that with Rashid having moved about in his crease prior to delivery, a dot ball was the correct call.

This isn’t the first time Dhoni has come under the scanner during the IPL for challenging the decision of the umpire. Last year, the former Indian captain stormed the field during a clash against Rajasthan Royals, when the on-field umpire changed his decision about a no-ball given in favour of CSK after consulting the square-leg umpire. He was promptly charged 50 per cent of his match fee for the violation.