Plenty have chastised R Ashwin for his decision to Mankad Jos Buttler in their IPL 2019 clash on Monday, March 25, but the off-spinner stood his ground, insisting he did nothing wrong – “if it’s there in the rules, it’s there,” he said.

Buttler was on a 43-ball 69 and seemingly set to take Rajasthan Royals through to their 185-run target when Ashwin, in the 13th over the innings, suddenly stopped in his stride while running in to bowl, looked up to see Buttler stray past the crease, and took the bails off.

There was a lot of confusion, initially, before the third umpire upheld the dismissal. Then, there was a lot of anger, with Buttler and Ashwin involved in a heated debate as the former walked off. The dismissal turned the match – from 108-1, Rajasthan finished on 164-9. Kings XI Punjab won by 14 runs.

I would say to all India ex players/Pundits who are supportive of what R Ashwin did … If @imVkohli was Batting would you be so supportive !!??? #NightAll #IPL #OnON

The cricket world was split on the issue. Many believed Ashwin should have warned Buttler beforehand. Others said there was no need for that. Ashwin decided to front up to the media, and when asked whether it was in the spirit of the sport, he said it wasn’t a matter of spirit at all.

“Look, it was very instinctive,” said Ashwin. “It was not planned or anything like that. It’s there within the rules of the game. 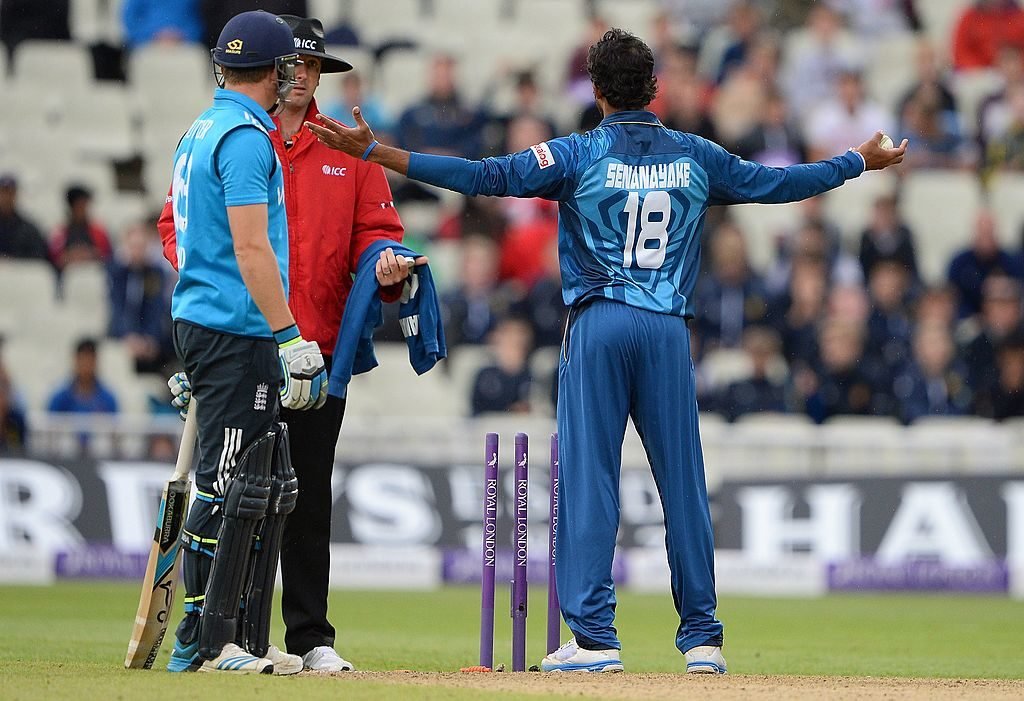 Jos Buttler was infamously Mankaded by Sachithra Senanayake in 2014

Ashwin also denied it was the reason Punjab won the match. Instead, he lauded Sam Curran, the young England all-rounder on his IPL debut, for picking two crucial wickets in the death overs – of Steve Smith and Sanju Samson – despite having been expensive earlier.

“Sam [Curran] had a bad day with the ball, but he came back well,” he said. “Everybody ticked their boxes. We do have a few options amongst us, but if we can have good five overs, there is nothing like it.”

However, Paddy Upton, the Rajasthan coach, believed Ashwin didn’t do himself or the IPL any favours. Upton had whispered something in Ashwin’s ear during the post-match handshake – something that left the latter bemused – and in the post-match press conference, Upton suggested even Ashwin’s team-mates didn’t agree with the dismissal.

“But for us, we certainly are here just to play cricket and entertain the fans and just be good role models for people who love the game.”