Phew! What a rollicking Saturday, March 30, at the 2019 Indian Premier League. Controversies, tight finishes, spectacular performances – it doesn’t matter. One way or the other, this league ensures it has your attention.

Chris Gayle breached 300 sixes in the tournament – the first IPL batsman to do so. Mayank Agarwal reminded us that he’s still here, despite vanishing after making a brace of Test appearances. KL Rahul hit valuable form ahead of the World Cup. Finally, Mumbai Indians showed that their win against Royal Challengers Bangalore was nothing more than an aberration, and that they can’t stack up early wins for the life of them.

All that only in the first half. In the second, Andre Russell beat the leather out of the ball again. Prithvi Shaw heartbreakingly fell a run short of a maiden T20 hundred. And Kagiso Rabada demonstrated supreme skill in the Super Over of a sapping game.

And what followed – Yorkers ?@KagisoRabada25 reveals how he learnt that he was bowling the super over against KKR. @DelhiCapitals #DCvKKR #VIVOIPL pic.twitter.com/TZ9798NKAr

Kagiso Rabada. How do you restrain Andre Russell in the Super Over of a T20 game with 10 runs to defend? Answer: hit the blockhole. Rabada did that so frequently, and with so much efficiency that he wasn’t hitting the blockhole as much as he was putting batsmen into a black hole, a place of no escape.

Related Story: ‘All he does is get smacked about’ – McClenaghan likes slew of anti-Neesham tweets

He missed on the first attempt, when a low full toss was swatted away by Russell for four. But Rabada didn’t let that deter him. Next ball, he aimed for the blockhole again, and found it. No run. The ball after that: right on the money again. Russell backs away, but the ball sneaks underneath and crashes into middle stump. Seven off three now, and the pressure is on.

Rabada barely gives away half of those runs off the next three balls. All Robin Uthappa and Dinesh Karthik could manage were three singles. It was a supreme demonstration of skill, execution and craft: all under tremendous pressure. 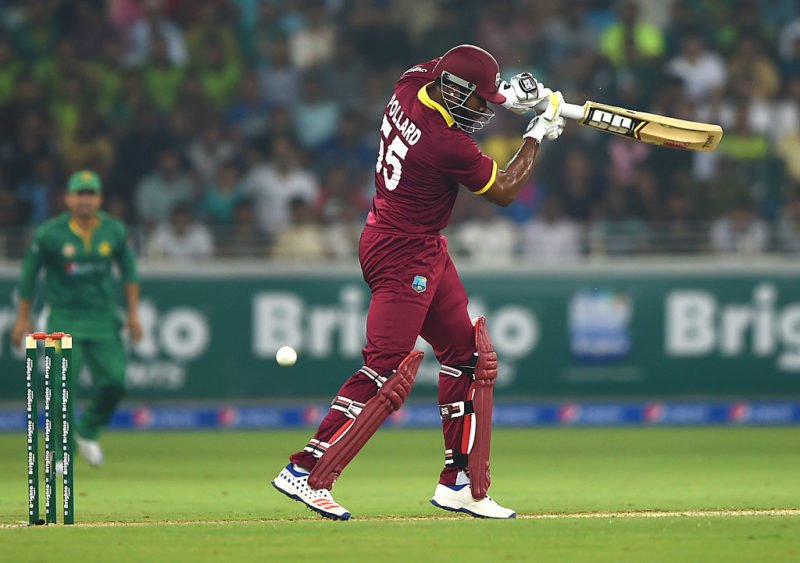 Kieron Pollard. To this day, the West Indian remains one of the most sought-after commodities in T20 cricket. But his performance in this year’s IPL hasn’t made for pretty viewing.

Before Saturday, Pollard had totalled 26 runs in two matches. Against Kings XI Punjab, he had a solid platform to walk onto. Mumbai were 120/3 in 13 overs. The stage was set for Pollard to do his thing and shore up their total. Instead, he scratched around, struggling to time the ball as Punjab’s bowlers offered him no pace.

Pollard ended up making 7 off 9 balls and holed out to long-off when he swung big against Andrew Tye’s knuckle ball. Mumbai’s innings lost significant steam during his stay, as they collected just 26 runs in 25 balls. Having looked good for 200 at one stage, Mumbai ended up with 176, which Punjab chased down with minimal fuss.

Celebrations galore at the Kotla as the @DelhiCapitals clinch a thriller in the Super Over ??#DCvKKR pic.twitter.com/9ryZTgd9u0

“You can’t control things when Andre Russell gets going. Even mishits go for sixes. It’s tough to plan against him.”

– Shreyas Iyer with further validation that Russell’s a freak of nature.

“We feel that the IPL’s severely lacking in drama. So to add some colour to the tournament, we feel it is our responsibility to lose in the first half of the tournament and then dramatically bounce back to make the playoffs.”

It’s a double-header again on Sunday. Bangalore will look to get their first points in an away game against Sunrisers Hyderabad. Chennai will then host its second game of the season, as Rajasthan Royals visit the city, also seeking their first points.

After the rank-turner in the first game that drew the ire of the batsmen, what will Chepauk have in store this time? Maybe a 450-run slugfest so the bowlers don’t feel left out and can also have something to complain about?