James Vince has previously played for the Sixers’ crosstown rivals the Sydney Thunder in the Big Bash, but the boys in pink will be hoping he can fill the hole left after Denly played his final game on Sunday, his 60-ball 76 helping them beat the Adelaide Strikers.

Vince is the Sydney Sixers’ choice to replace Joe Denly after the Kent player returned to the UK to prepare for England’s tour of the West Indies, according to the Sydney Morning Herald. The Sixers will be hoping Vince will be a like-for-like replacement for Denly, who had been a solid opening batter in the first matches of their campaign scoring 137 runs from seven innings. 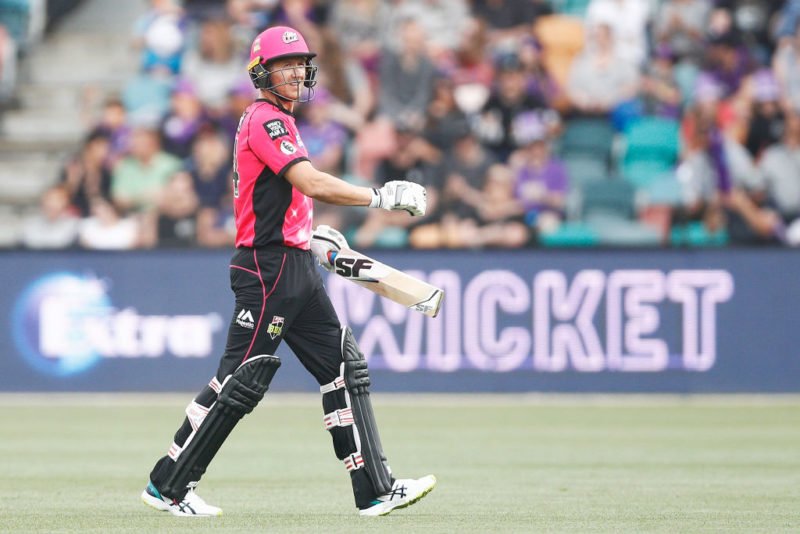 His match-winning knock against the Strikers, whose bowling attack included veteran quick Peter Siddle and Afghan leg-spinning maestro Rashid Khan, saw him earn the Player of the Match award.

Vince wasn’t picked up by the Sydney Thunder this year, who opted instead for England captain Joe Root instead. Root has struggled for form in the competition, scoring 93 runs in his six outings so far.

Related Story: BBL 2020/21 schedule: Big Bash League fixtures
The Hampshire captain has instead been plying his trade in New Zealand’s Super Smash competition but will hope he has better luck in Sydney after registering only 19 runs across two innings for his team the Auckland Aces.