A combined XI from the 2020 Caribbean Premier League (CPL), a tournament in which Trinbago Knight Riders were the team crowned champions after an unbeaten campaign.

A model of consistency, with eight out of 11 innings reaching double figures, the experienced opener got better as the tournament went on. He finished with three half-centuries in his last four knocks, including red-inkers to guide both of the Trinbago Knight Riders knockout chases. His 356 runs were the most by anyone in the tournament.

By now, we know what to expect from Sunil Narine: Explosiveness up top with bat in hand, and miserliness when bowling, even if some of the incisiveness has left his game. Only Kieron Pollard, of those with more than 20 runs, finished with a strike-rate higher than Narine, while his economy rate was the third best in the competition. 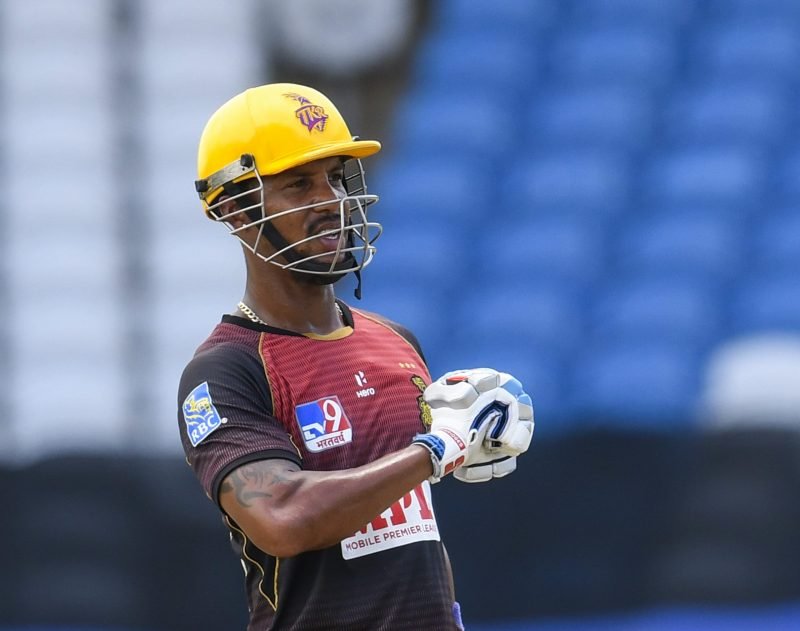 Lendl Simmons, Player of the Match in the final, opens the batting in Wisden’s Caribbean Premier League 2020 Team of the Tournament

Only Kieron Pollard and Andre Russell scored more runs at a higher strike-rate than the big-hitting New Zealander. Particularly impressive was his ability to keep it on the carpet. He only hit eight sixes, but despite picking up an injury before the end of the group stages, only one player – Lendl Simmons – matched his 26 fours.

Three half-centuries and a place at No.4 in the run-scorers list. Not bad for a player told to lose weight live on air by his IPL coach Samuel Badree. His 71 against St Kitts and Nevis Patriots was one of the innings of the tournament; no other Guyana Amazon Warriors batsman made it to 20, but they still won a thriller by three wickets.

Finished just behind Hetmyer on the run charts, though Pooran’s was a more up-and-down campaign. His 100 not out in the Amazon Warriors’ other game against the Patriots topped even Hetmyer’s effort however; his ton came up off 45 balls, with only 29 non-Pooran runs totted up while he was at the crease. Plus, he keeps wicket, so he’s a shoo-in.

The Player of the Tournament beyond any debate. Second on the averages and scored laughably quicker than all other contenders. Pollard’s strike-rate was 204.95. No one else with more than 20 runs finished with a strike-rate better than 150.

His 28-ball 72 against Barbados Tridents wasn’t just the innings of the tournament, but one of the greatest T20 innings of all time. Trinbago Knight Riders needed 87 off 44 balls when he came in, and Pollard smashed all but 15 of them by himself as a two-wicket win was sealed off the penultimate ball.

Oh, and he can bowl too, chipping in with 4-30 in the final in the absence of Narine.

This wasn’t quite the Universe Russ we’ve grown used to, but even when semi-functioning the pyrotechnic Jamaican gets in most teams. That all three of his fifties came in losses spoke to how he was tasked with rescuing Jamaica Tallawahs from hopeless situations.

Economical and incisive, the Afghan’s economy rate was the best of anyone with 10 or more wickets, and the seventh best overall. He also contributed handily with the bat, sitting a healthy 15th on the strike-rate list.

The second leading wicket taker in the competition and with an economy rate inside the top 10 too. Depending who you ask, the Afghan mystery spinner can be a No.3 in a pinch too.

The third overseas spinner in this XI, Lamichanne was hugely consistent, never conceding more than 30 runs in a spell, and only once going wicketless.

Among domestic bowlers, only Kesrick Williams took more wickets than the Trinidadian seamer, and he went at under a run a ball to boot. A bizarre international career – two ODIs in 2007, four T20Is in 2018 – needn’t be done yet for the 39-year-old.