The Caribbean Premier League (CPL) will contest its eight edition in 2020 and here we take a look at the CPL captains who will be leading their respective franchises.

The Caribbean Premier League is all set to get underway inside a bio-secure bubble on Trinidad, and will take place across two venues between August 18 and September 10.

The Barbados Tridents are defending champions, having beaten Guyana Amazon Warriors in the 2019 final. All but one of the CPL captains has played for West Indies, with the other an uncapped Australian overseas player.

West Indies captain Jason Holder has led Barbados Tridents in the CPL since 2018, taking up the role after previous skipper Kieron Pollard left to join the St. Lucia Zouks. His first season in charge was not a happy one, with Barbados Tridents winning only two from 10 games to finish bottom of the table, but the side turned the tables in spectacular style the following season, beating Guyana Amazon Warriors in the final to claim their second CPL title.

St. Lucia Zouks have been captained by seam-bowling all-rounder Daren Sammy ever since they first edition of the CPL, when they were called the St. Lucia Stars. However, the two-time T20 World Cup winning captain is yet to translate his West Indies success into the CPL, with St. Lucia Zouks only making the play-offs once, in 2016, and never finishing in the top half of the final rankings. 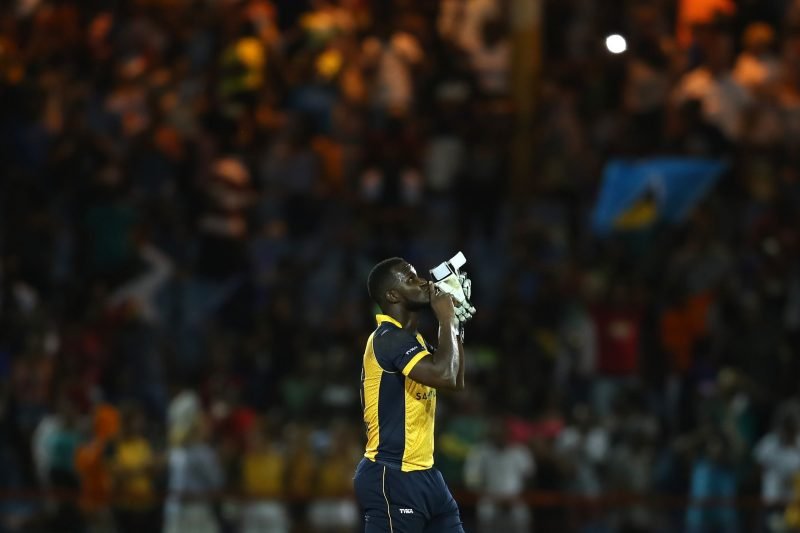 West Indies and Mumbai Indians stalwart Kieron Pollard will lead Trinbago Knight Riders this season, having joined the portmanteaud Kolkata Knight Riders sister club before the 2019 season. The all-rounder was also captain at Barbados Tridents and St. Lucia Zouks in his time at those clubs.
Trinbago Knight Riders are one of the competition’s most successful sides. Since 2014, they have always finished on the podium, and won the title in 2015, 2017, and 2018.

West Indies right-hander Rovman Powell will be hoping to help the Jamaica Tallawahs bounce back after a season wracked by poor performance and off-field turmoil. They finished bottom of the table, winning just two games, before releasing captain Chris Gayle. The opener then unleashed an extraordinary tirade against Jamaica Tallawahs assistant coach Ramnaresh Sarwan. Neither will be involved in the CPL this season.

Chris Green will be the only overseas captain in the 2020 CPL, chosen to lead the Guyana Amazon Warriors after Shoaib Malik was made unavailable for this campaign, on Pakistan duty. The off-spinner has never played an international for his native Australia, but has earned a reputation as one of the most miserly bowlers on the circuit.

Guyana Amazon Warriors will be hoping Green can help them overcome seven years of heartbreak; they have been beaten finalists five times and finished third twice in that time. Last year was the most galling defeat of the lot. Eleven straight wins leading into the final all came to nought with Barbados Tridents winning the showpiece clash.