The seventh edition of the Bangladesh Premier League concluded on Friday, January 17, with Rajshahi Royals beating Khulna Tigers in the final, and Wisden writer Sonali Dhulap has picked out her BPL team of the season.

Khulna Tigers and Rajshahi Royals were the two standout teams in the tournament, finishing first and second respectively in the points table at the end of the BPL group stage.

Throughout the five-week tournament, there were a number of brilliant performances from both local players and overseas talent. Mohammad Amir smashed records with ball in hand and yet couldn’t make this team. Here are the 11 men who dazzled the brightest and made it to Wisden’s BPL team of the season.

Few matches in the BPL this season were high-scoring encounters and most teams did not enjoy good starts far too often. Yet, Liton Das was one of the most consistent openers in the season, regularly contributing to steady starts for the Royals. He failed in the first and second Qualifiers, but his overall performance helped Rajshahi Royals put up good totals in the lead-up to the final. 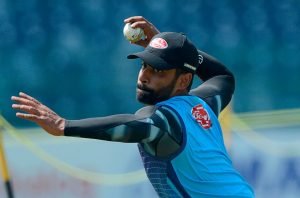 Tamim Iqbal has been one of the best openers this season

Like Das, Tamim Iqbal was one of the best openers this season and played a key role in taking Dhaka Platoon into the knock-outs.  The Platoons, who finished fourth, were knocked out when they lost the Eliminator to Chattogram Challengers, after limping to 144 after being asked to bat first. Tamim’s best performance this season came against Cumilla Warriors, when he made a 53-ball 74 to set up a 20-run win.

For most of the tournament, Rilee Rossouw was neck-and-neck in competition with his Khulna Tigers teammate Mushfiqur Rahim for the top spot in the run-scorers list. He was easily the best overseas batsman in the tournament, striking at over 150 and hammering huge sixes. Despite two ducks in the 14 matches that he played, he still amassed over 450 runs and was one of only three players this season to pass the fifty-run mark four times.

Imrul Kayes was to Chattogram what Rossouw was to Tigers. Each a force to reckon with in his own right, while Rossouw won on strike-rate, Kayes had a superior average and matched the South African’s six-hitting prowess throughout the season, slamming as many as 22 of them. Kayes scored a quick 32 in the Eliminator as the Challengers defeated Platoon, but failed to make an impact in the second Qualifier as his team bowed out. 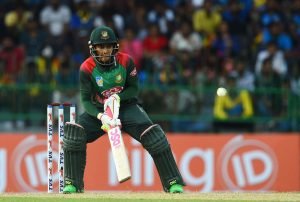 Consistency was a large part of the Khulna Tigers’ campaign this season and the man responsible for taking them to new heights was Mushfiqur Rahim. The wily captain led from the front, with a remarkable average of close to 80, and getting within touching distance of the 500-run mark in the competition. He was equally adept with the gloves, claiming nine dismissals in the season.

With the bat and ball, Soumya Sarkar fought brilliantly throughout the tournament. With more than 300 runs and 12 wickets, his all-round capabilities helped the Warriors claim victories at the beginning. His 88* against the Royals was a fantastic display of power-hitting against a quality bowling attack. Unfortunately, with most of the team performing below par, the Warriors failed to win that match and eventually finished fifth in the points table, failing to qualify for the knock-outs.

A powerful commodity in any global T20 league, Andre Russell once again proved to be an asset to his team this season in the BPL, with his brute force and his knack of picking up wickets. While Russell was not in the form of his life this season, he contributed well to a strong Rajshahi Royals outfit with eye-catching performances. With the Royals top order and middle order doing well, Russell was not burdened with too many responsibilities, but his value in the side could not be underestimated. 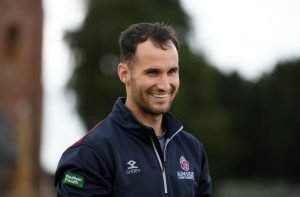 The 27-year-old, playing his first BPL season, was one of the standout English players. While the Rangers put up a dismal performance in this edition, finishing second from the last in the points table, Lewis Gregory emerged as their biggest positive. He showcased his brilliance with the bat when his 37-ball 76* helped script the Rangers’ maiden win this season last month. His fiery knock contained six fours and five sixes and was also his highest ever T20 score. Gregory was also good with the ball, finishing as the Rangers’ second-best bowler in the tournament.

While the Tigers excelled with the bat, boasting the top two run-scorers in the competition, Robbie Frylinck was responsible in leading their attack with the ball, striking at 15.4. He was one among the few bowlers this season to pick up a five-for, his best performance coming against the Cumilla Warriors, as he returned figures of 5-16 in the Tigers’ 34-run win and pushed the opposition to the brink of elimination.

Mustafizur Rahman brought all his international experience to the fore and enjoyed a fantastic season in 2019/20, bowling with laudable consistency. His team, however, had a woeful season. Despite Mustafizur picking up regular wickets, a consistently poor run with the bat saw the Riders posting a string of low totals. Mustafizur stood tall amid the ruins. He was especially good against Sylhet Thunder, picking up 3-10, his best figures in the season.

Like Mustafizur, Rubel Hossain produced regular strikes that helped the Challengers enjoy a good run until the second Qualifier. Along with Mehedi Hasan Rana, his partner, Hossain troubled the batsmen with his bouncers and pace. His best spell was against the dominating Khulna Tigers, as he picked up 3-17 and kept a strong batting side to just 121 in the first innings.

Ravi Bopara’s contributions in a strong outfit were significant. With both bat and ball, he churned out good performances that lifted the Royals. He only had one fifty in the season, but chipped in with handy runs when required. Likewise, he provided crucial breakthroughs with the ball. While the Royals lost the first qualifier, Bopara picked up the wicket of Shamsur Rahman, who was the Tigers’ second-highest scorer in the game. He did not feature in the second Qualifier.