On the latest Wisden Cricket Weekly Podcast, the panel selected a team of players that burned bright and brief in Test cricket, leaving you to wonder what could have been.

There are few more romantic notions than that of unfulfilled promise. There are certain players who seemed like they had it all in front of them, only for circumstances to keep them from becoming mainstays at the top level, and ruminating on what they might have done is, in some ways, more fascinating than reflecting on what established greats actually did do. It feels like these players could have done anything, never mind that if they actually had had their chance, they could easily have fallen back into the pack.

On the latest episode of the Wisden Cricket Weekly Podcast, regular host Yas Rana, Wisden Cricket Monthly magazine editor and editor-in-chief Jo Harman and Phil Walker, and wisden.com managing editor Ben Gardner picked a ‘What could have been’ Test XI of players who finished their Test careers with 20 or fewer caps to their name, at least one of which was since 1990, but whose talent suggested could have played so much more. Here’s the team they came up with:

Ben Gardner: Phil Jaques had one of the longer careers of that generation of Australian players who were really, really good but probably not good enough to get into the greatest team of all time. But he opened the batting, so that’s why he gets into my team.

Phil Walker: Phil Jaques made three hundreds in 11 games and averaged 48 in first-class cricket all over the world, so I think he’s a stick-on. He made loads of runs for Yorkshire in English conditions as well as consistent runs in Australia.

BG: He’s the only one I’ve got of that lost South African generation during a different sort of isolation. Gary’s half-brother, older, 36 by the time he made his Test debut, still averaged 30 and got a hundred, but you imagine had he played earlier he’d have made quite a lot more. Fifty-seven first-class hundreds.

JH: Stuart Law hasn’t even got a Test average. Scored 54 in his only Test innings against Sri Lanka at the WACA in 95, never played again. Scored nearly 30,000 first-class runs, a huge amount in this country for Essex, and then later Lancashire. 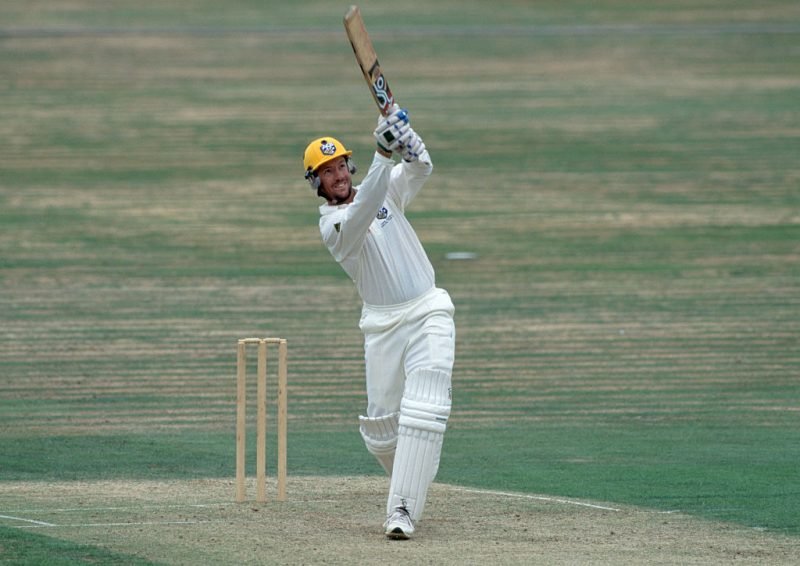 Should Stuart Law have played more for Australia?

PW: There’s something else to add about Stuart Law. It’s not just the record – he averaged 50 and a half with 79 hundreds – it was the way he did it as well. Just like Ponting felt ahead of his time, so Stuart Law fits into that category as well. There were a lot of similarities in the way that they played. They were both front-foot players with the ability to rock back on the back foot and punish the short ball as well. He was a forerunner for the techniques that you now see as standard in the modern game, and he could dominate anyone at any time.

BG: He and Tendulkar shared that world-record stand as school children when he was aged 17 [16], put on 600 and something. At that point they were both earmarked out and obviously one goes on and the other doesn’t. In the first seven Tests it was two double hundreds and two hundreds, and then nothing thereafter and all done by the age of 24. 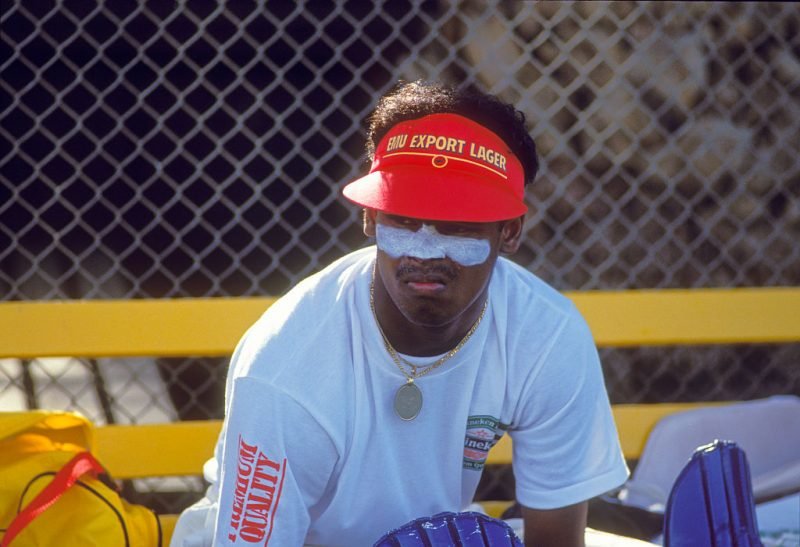 Vinod Kambli on the sidelines for India

JH: He was known as a bit of a wild child wasn’t he? That’s certainly the reputation he had. He made an astonishing start to his Test career. It seemed to be as much personality as anything else that counted against him.

JH: He was a gimme for me. He was a personal favourite. I always loved watching him bat, he always reminded me of watching a club cricketer in the way he was so carefree. Off the field it was a different story. He was obviously a very troubled bloke, had a difficult upbringing. Even though it was only a few years ago, I think if he was going through now what he did then people would have been a bit more understanding about it. It was almost seen as a bit of a joke that he was a pisshead, but there were underlying reasons for that, and it’s a great shame that he was lost to the game.

JH: A batting all-rounder. He was a brilliant player for Worcestershire for many years, scored huge amounts of runs every season and has gone on to be a very highly thought of coach, has got an excellent cricket brain clearly, and I think would perform a really good role in this side.

Yas Rana: His first-class numbers are phenomenal. He averages 46 with the bat, 31 with the ball, I think that’s pretty compelling. 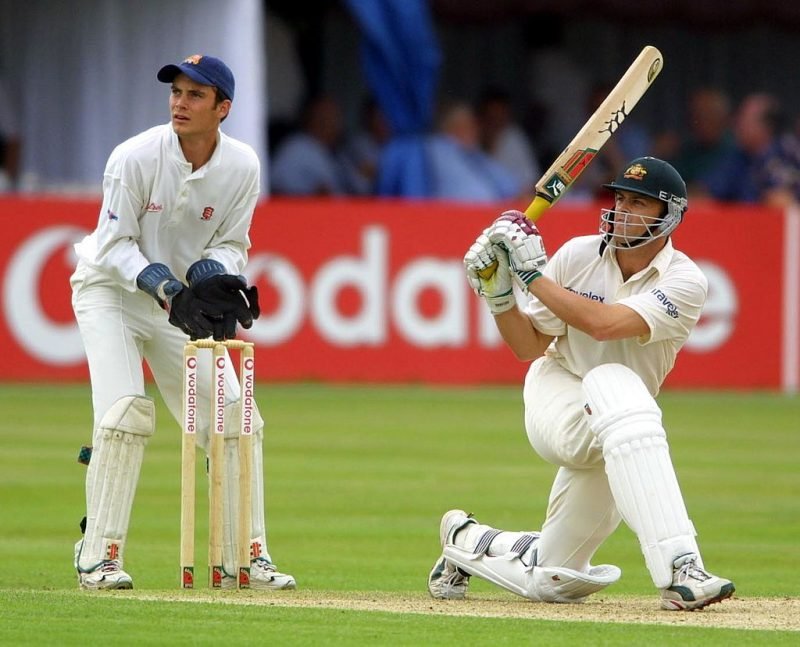 JH: He was a much better batsman later in his career than when he played Test cricket. I think if he was still playing when he was 30 he’d have been a very handy batsman. Not a prolific batsman but a very handy one.

PW: What he’s done in English county cricket on pitches that aren’t meant to be particularly conducive to what he does – he’s been the dominant figure over the last three years. He did OK for South Africa before making that decision to jack it all in and head over to England. Big man, huge fingers, spins it miles, attacking off-spin bowler, I think he would have been a player to hang your hat on for South Africa had he hung around.

PW: He was a stunningly successful bowler in the early ‘90s, a sort of early Shaun Pollock. Delivered one of the great spells to win the Sydney Test match. Australia were chasing 117 and de Villiers bowled them out, 6-40 odd. He took five five-fors in 18 Test matches, but he came to the side well into his 20s and was done with international cricket by ’99. An outstanding sharp swing bowler. 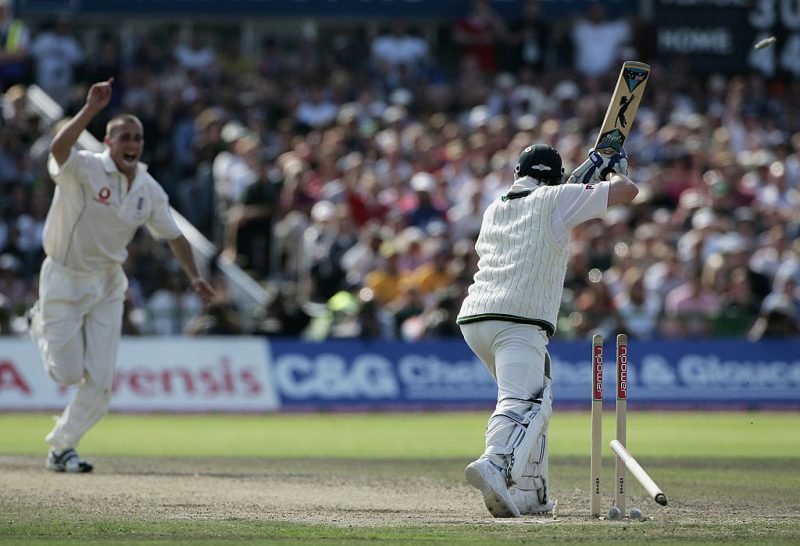 Related Story: The Englishmen closest to making Wisden’s Test team of the 2000s

JH: His record is genuinely extraordinary. That strike-rate of 38.7, only two bowlers in the history of the game have been better than that and they both played in the 19th century. He was freakishly good for the time that his body would let him play.

The Wisden Cricket Weekly Podcast is available on Spotify and the Podcast app.