New Zealand suffered their third super over loss in the last seven months, but that couldn’t overshadow Kane Williamson, whose masterclass highlighted their stiff run-chase in the third T20I against India in Hamilton.

Who would’ve thought that Kane Williamson would walk out to bat in the super over for New Zealand, who possess an XI that boasts such clean strikers as Colin de Grandhomme, Tim Seifert and Mitchell Santner, alongside a swashbuckling opening duo? Williamson is usually a stabiliser, known more for his steady approach, one that relies more on working the gaps and swift running between the wickets, rather than the slam-bang route.

When the skipper strode out to face India’s best, Jasprit Bumrah, in the super over, he bossed his opponent, striking a four and a six to power his side to 17. That, however, wasn’t enough, for New Zealand were undone by Rohit Sharma’s decisive back-to-back sixes that robbed them of another win in a super-over finish. Williamson’s move to take it upon himself, though, came as little surprise, after what had transpired during actual play, where he blasted a 48-ball 95, with eight fours and six sixes.

The standout feature of Williamson’s knock was its lack of unorthodoxy. It was replete with some finely placed fours and crisply timed sixes on a day when the rest around him struggled for the major part. Remarkably, all his runs came outside of the fielding restrictions, and the fact that the rest around him collectively scored at barely over a run a ball, only further reinforces the impact of the innings.

As Mitchell Santner (9 off 11) and Colin de Grandhomme (5 off 12) struggled in the middle overs, Williamson took it upon himself to unleash the big shots and keep the run rate under control. A glance over the fine leg boundary off Shivam Dube got him going, before he unleashed short-arm pull shots off Yuzvendra Chahal that were aided by India’s sloppy fielding. Once set, he took on Mohammed Shami, smashing him for a six over point, before adjusting brilliantly to a wide slower ball, for which he delayed his bat swing to place it perfectly through the on-side for a boundary. That stroke got him to his 11th T20I fifty, and his ninth as captain, which is the most for anyone in the format.

Next in his sight was Ravindra Jadeja, whose first three overs had yielded just nine runs. Williamson first got under an overpitched ball to loft him down the ground, before reacting to the bowler’s adjustment next ball by dispatching a short one over deep mid-wicket.

New Zealand still needed 43 off the final four, two of which were to be bowled by Bumrah, India’s go-to bowler at the death. This is a man who once defended seven in the final over against Jos Buttler, Joe Root and Moeen Ali in an international game and, remarkably, had conceded just two singles off the bat against Aaron Finch and Brendon McCullum in a super over during Mumbai Indians’ victorious IPL 2017. His form in this series had been good, too: he had conceded just 28 runs from four overs and had grabbed two wickets while bowling at the death in the first two games. 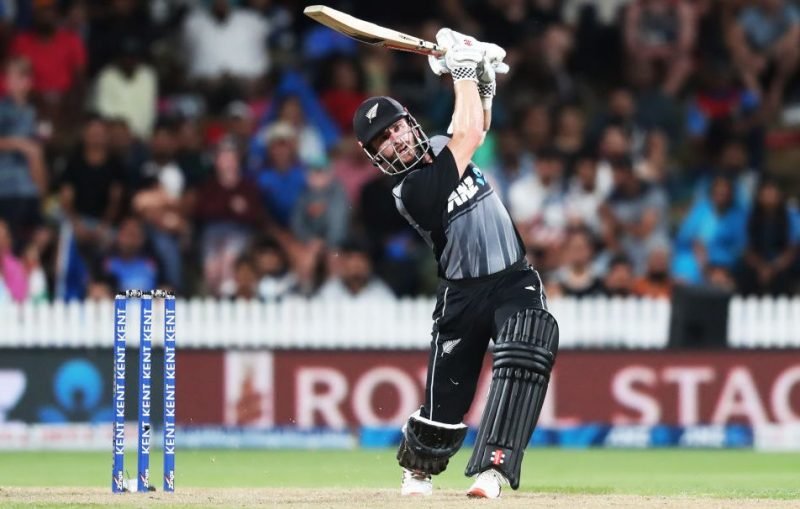 This Hamilton eve, though, was to be Williamson’s. He first smashed Bumrah for three consecutive fours in the 17th over, before glancing a pinpoint yorker to the fine-leg boundary in the 19th to reduce the equation to 11 off eight. Bumrah went full outside off, Willliamson lofted him over extra cover. Bumrah went slower, and the right-hander moved across and placed the ball wide enough of deep square leg. Bumrah nailed the yorker, but those rubbery wrists were good enough to convert it into a four. As was the case when Kohli destroyed Lasith Malinga in that Hobart knock in 2012, Williamson demonstrated exemplary technical proficiency to trump one of the best in the business.

What helped Williamson during this imperious knock was the fact that he maintained his shape each time he searched for a boundary. That, of course, was aided by his cool temperament under pressure – the same attributes that underpinned his masterclass against South Africa at the World Cup last year.

The attempted upper cut in the final over that led to his downfall was more a result of failed execution than poor judgement. It proved decisive, as the match turned stunningly, in an uncannily similar finish to Bangladesh’s epic choke against India at the T20 World Cup in 2016.

Related Story: When Dhoni asked Bumrah not to bowl yorkers, but he did it anyway

Rohit Sharma and Virat Kohli are the most prolific batsmen in T20 internationals, while Babar Azam is currently the highest-ranked. All three are known more for their textbook strokeplay, rather than power hitting. If that doesn’t convince you, then Williamson’s knock in Hamilton definitively reinstates the fact that there is still room for conventional batting in T20 cricket, and that it can consistently fetch you results.