In the second issue of the Pinch Hitter, Iceland international spinner Kit Harris talks about his dream of having a crack at the IPL. This is the story of how far he got.

April Fools’ Day jokes are rarely funny, and the ‘humorous’ press release from a well-known corporation has usually been peeled off the very bottom of the barrel. That’s why, when the head of digital from Kings XI Punjab approached me about teaming up for an ‘amusing’ IPL hoax, my instinctive reaction was to recoil.

By the spring of 2019, my exploits as the social media guy for Iceland Cricket had achieved such fame – or perhaps I should say notoriety – that I found myself speaking at Playwrite, the Indian sports-writing festival held annually in Chandigarh. While I was there, a swarthy, dishevelled man sidled up to me and introduced himself as Raghu, my ‘opposite number’ at Kings XI Punjab, and said he wanted to put out a story, on April 1, about an Icelandic player signing for the team.

I said I might be interested if we could actually do something funny. A real-life prank. Something so well planned and executed that people wouldn’t be entirely sure they were being had. Raghu said the franchise was game if I was.

So over lunch, we created Kató Jónsson, an Icelandic player who would sign with the team ahead of their match against the Delhi Capitals on the evening of April 1. He would be 39 years old. He would be a spin bowler. He would, in fact, be me. His name was easy enough. My first name is actually Kató, as approved by the Icelandic naming committee, and my Icelandic surname is Jónsson (Jón being my father).

I felt that, like all trailblazing twirlymen, Jónsson should be the pioneer of a new ‘mystery ball’. Bosanquet invented the googly, Iverson brought us the carrom ball, Saqlain invented the doosra, so I suggested that Jónsson could introduce the back-spinner. This is not all conceit; this is a delivery I actually bowl. Indeed, in my more immodest moments – which are many – I consider myself to be the prime exponent of the variation. Raghu and I decided that the back-spinner should have a suitable Icelandic name, so we christened it fíflið (which translates as ‘the fool’).

I put on my most serious ‘performance’ face for the coach’s benefit, but it’s rather undermined by my not wearing any shoes

Fools’ Day dawns. Jónsson needs to look the part so, on the morning of the match, Raghu takes me into the kit room and decks me out. My official Lions playing jersey and training kit are handed to me, all emblazoned with ‘JÓNSSON 14’, and from a box on which the letters KLP are scrawled (Kings Lions Punjab, I assume) I take the best prize of all: my playing cap.

I’m paraded in front of the press, who have been briefed that a mystery spinner from Iceland is going to sign with the team. A sprightly man strides up and introduces himself as Mike Hesson. I put on my most serious ‘performance’ face for the coach’s benefit, but it’s rather undermined by my not wearing any shoes. “You don’t have any spikes?” he asks. An assistant is dispatched to the team room and returns bearing the necessary size 10s. “Andrew Tye,” he says. Won’t he need them? “Nah, he won’t be playing tomorrow, you’re replacing him,” says Hesson. I realise he is in on it. The cameras click and whir. The media have taken the bait.

Hesson has informed the squad of the arrival of the Icelandic newcomer, and he directs me to bowl, alongside Hardus Viljoen and Ankit Rajpoot, at Simran Singh, who is the only player to be let in on the secret. His instructions are to make me look good. This sounds like a tough proposition. Mohammed Shami is bowling bouncer after bouncer at Nicholas Pooran and everyone is laughing and egging him on, except Sam Curran, who is very serious. Ravi Ashwin and Chris Gayle have stayed at the hotel. Tye isn’t there, though his shoes are. It’s strangely like club cricket.

My first ball is an off-side half-tracker. Hesson immediately shouts “Oooh, hello!” which attracts the attention of the Afghan wunderkind, Mujeeb Ur Rahman. My second ball is a straight full toss. Singh summons all his powers of self-control and bunts it back to me. Hesson inhales sharply. “Hey, we could use a bit of this!” Mujeeb, the team’s second spinner, frowns.

Now David Miller is here. He wants to face me. I start to warm up and bowl reasonably well, but unfortunately this improvement coincides with Singh running out of patience. Hesson is asked to speak to the TV cameras about his new signing, and as soon as he’s not watching, Singh lets fly. Thus, Punjabi television broadcasts a curious interview in which their team’s coach speaks with rapture about his new signing, while – in the background – an 18-year-old with no IPL appearances gives an Icelandic nobody the hiding of his life.

The TV people want to film me meeting my new teammates and Viljoen is dragged towards me. My first thought is that he is a very good-looking man, so I start our chat by saying so. I suggest to him that if I play well enough, I can just start pretending I’m Indian so that the authorities will reclassify me as a local player, allowing me to move here permanently. Viljoen, a South African who plays in county cricket as a Kolpak, doesn’t think they would. “But it worked for you at Derbyshire,” I counter. Before Viljoen can decide whether to hit me in the face, Hesson admits his April Fools’ prank to the players, and I’m invited back to the team hotel for the afternoon.

The media juggernaut cannot be stopped. Hesson has tweeted a picture of us together: “Serious talent. Keep an eye out for Kató Jónsson.” The Hindu, The Times of India and The New Indian Express all report that I have been signed. There is speculation that I might even be selected for the evening’s game.

Satish Menon, the CEO of the franchise, is in the hotel lobby, speaking with his captain. He is delighted to see me, introduces me to Ashwin, and begs me to demonstrate the fíflið to the world’s greatest finger-spinner. I attempt to do so. It is then agreed – I don’t know how seriously – that Ashwin will deliver the fíflið with the first ball of his spell that evening.

There is a tap on my shoulder. “Excuse me, sir. You are the player from Iceland?” I turn round to be accosted by three young lads in replica Lions jerseys. I realise I am still wearing my training kit. “Please can we take a selfie with you?” Seeing no reason not to, I assent. The boys withdraw and are immediately replaced by another three. Another selfie. The dam bursts. In the course of 60 minutes, I meet and am photographed by several hundred adoring fans. It’s relentless. It’s exhausting. It’s brilliant.

At the end of the game, I’m taken down to the boundary’s edge where the media scrum is at its maximum

On the way to the match, Menon cannot resist stating on Twitter that I will be playing and opening the bowling. This goes viral in mere seconds and, just for a moment, I almost feel as if I could. Surely I can edge Mujeeb out of the team? He’s only a kid.

We score 166-9, and when I see that the Delhi openers are Prithvi Shaw (134 on Test debut) and Shikhar Dhawan (187 on Test debut), I’m relieved not to be opening the bowling. Ashwin is, though, and his first ball to Shaw – it can’t be – it is! It’s the fíflið and Shaw nicks it behind! Ravi Ashwin. My protégé. What a man. What a player. He listens, that’s his greatest asset. He respects age and experience. He will go far. 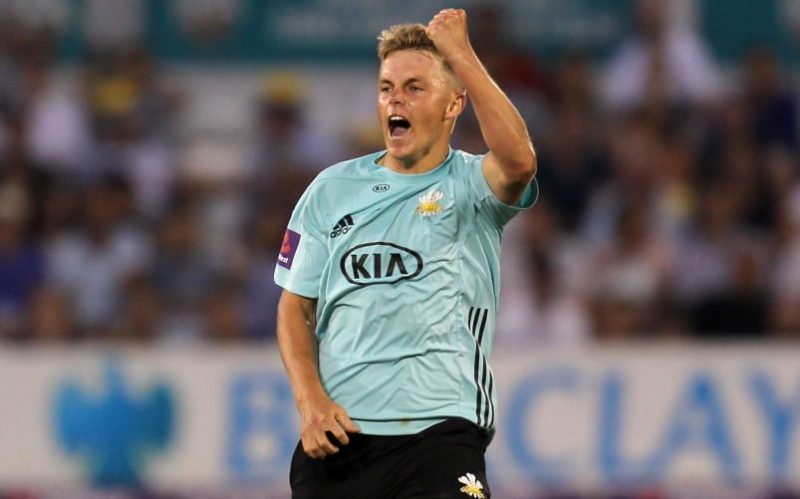 What’s more, he bowls it again – at least, I think he does – to dismiss Dhawan for 30 in the 10th over. But Delhi recover from their early setbacks against the fíflið and eventually need 23 runs from 21 balls with seven wickets in hand. What follows is extraordinary. In the space of 17 balls, the visitors lose all seven wickets for the addition of eight runs. Curran takes a hat-trick and is named Player of the Match.

At the end of the game, I’m taken down to the boundary’s edge where the media scrum is at its maximum. Cameras and interviewers shove their way around, like they did this morning, but I have not played. My photograph is not taken. The bubble has burst.

Hesson and several of the players wander over and say hello. Ashwin winks at me but says nothing. Mujeeb gives me a look. Viljoen and Rajpoot shake my hand. I thank Tye for his boots. It’s the first he’s heard of it. Last of all comes KL Rahul, who points to my head. “Is that my cap? I’ve been looking for it all day!” But the box said KLP. Oh, yeah. KLR.

Kit Harris is secretary of the Icelandic Cricket Association and is Iceland’s only cricket writer and broadcaster.