Rob Key recalls watching on from the slip cordon as a rampant Matthew Hoggard dismantled South Africa to set up England’s historic series win in 2005. Introduction by Roshan Gede.

Matthew Hoggard knew it to swing it both ways and was one of the finest exponents of the art, especially with the new ball. With those skills, he stood as one of England’s premier red-ball bowlers through the 2000s, forming an all-round pace attack alongside the like of Steve Harmison, Andrew Flintoff and Simon Jones. One of his finest hours in Test cricket came on the final day of the Wanderers Test in 2005, where the right-arm pacer, after having already bagged a five-for in the first-innings, ran through the hosts in the second to set up a 77-run win.

Hoggard ran through the strong South African line-up, accounting for six of the top seven including Jacques Kallis, Jacques Rudolph, and a young AB de Villiers. Graeme Smith, who walked in at seven having sustained an injury, battled hard with a valiant unbeaten 67, but was too little too late for the Proteas, who were bundled out for 237 in the 60th over.

The win helped Michael Vaughan’s men take the series with two games to one, their first Test series triumph in South Africa in four decades.

Rob Key, who witnessed the carnage from the slips, narrates the tale. 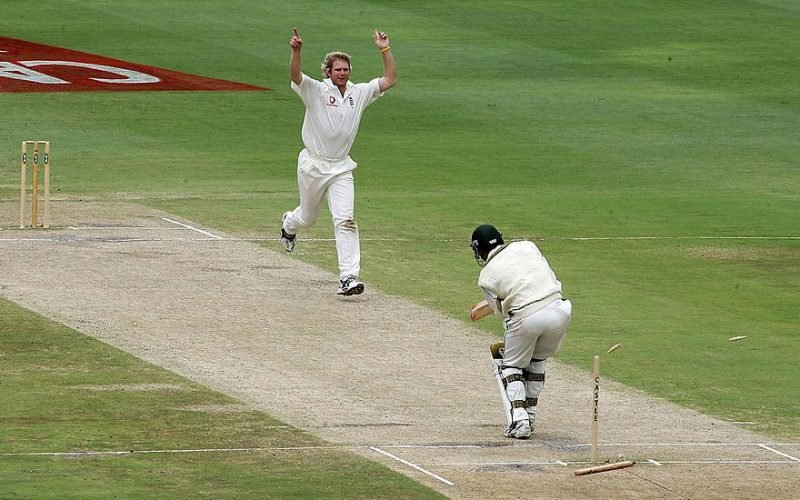 “Hoggy was amazing really because he always played on the undercard to Flintoff and Harmison but a lot of England’s success at that time started with him.

“There’s a time when a sportsman is completely in control of what he’s doing, and that was Matthew Hoggard in that series”

“Michael Vaughan used to say that Hoggy was the guy who used to sweep the shop floor out back while Fred and Harmy were front-of-house, in the shop window. I would argue he was one of the first names down on Vaughan’s team-sheet, though, because as a captain what you want is bankers you can rely on all day long. For Michael Vaughan that was Matthew Hoggard.

“Hoggy was often the bowler Vaughan would turn to for control but on the 2004/05 tour of South Africa, he turned to him to get wickets. 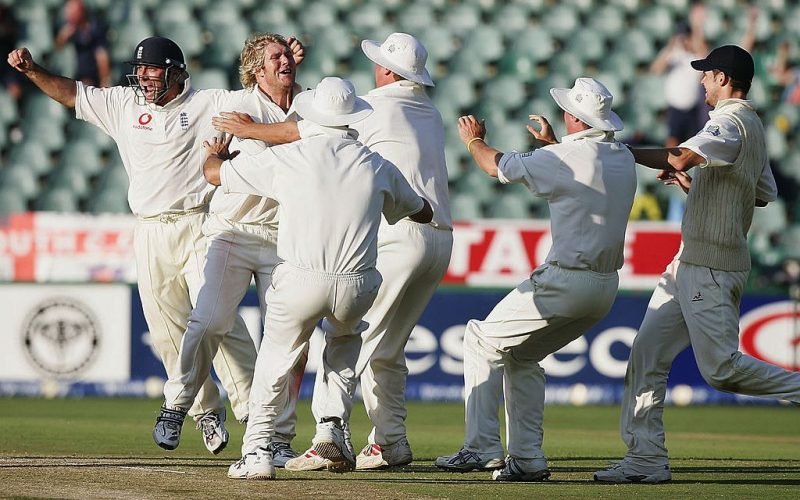 “I think Vaughany declared on the off chance we could win. We couldn’t get Kallis out at all, he’d been in extraordinary form, and I remember just thinking, ‘We’re never getting him out’. But then Hoggard nicked him off first ball and it was a case of, ‘Hang on, we’ve got a chance here’. That was the moment.

“Vaughan was an outstanding captain, he had the best cricket brain. Freddy was bowling the speed of light – he was bowling that fast that I thought, ‘Surely no one is expecting me to catch this!’ In my head, I’d come to terms with the fact that I wasn’t going to catch it and that everyone would understand because it was too fast – but Vaughan knew that Hoggard was the one that day. And he was right. Hoggy wrapped the game up.

“When he nicked off Dale Steyn to win the game I remember thinking, ‘There’s a time when a sportsman is completely in control of what he’s doing’, and that was Matthew Hoggard in that series, and in that game in particular.

“It’s always nice when people like that get what they deserve.”