Alastair Cook could turn around his Test form by referring to Gary Palmer, the coach who helped him last time and who thinks old habits are creeping in, says Sean Wilson.

England’s win against India in the first Test at Edgbaston was not only thrilling for the neutral, but it underlined the home side’s gritty determination to pull a win from nowhere when things don’t seem to be going their way. That, in large part, was down to the phenomenal performance of the seam attack to make inroads into a strong-looking Indian batting line-up.

If anything, the effort of the bowlers once again masked the underlying flaws of this England batting line-up. England suffered collapses of 7-71 in the first innings and 4-17 in the second innings. And were it not for the heroics of youngster Sam Curran on day three, England would not have been able to set India the match-winning target that they eventually set. 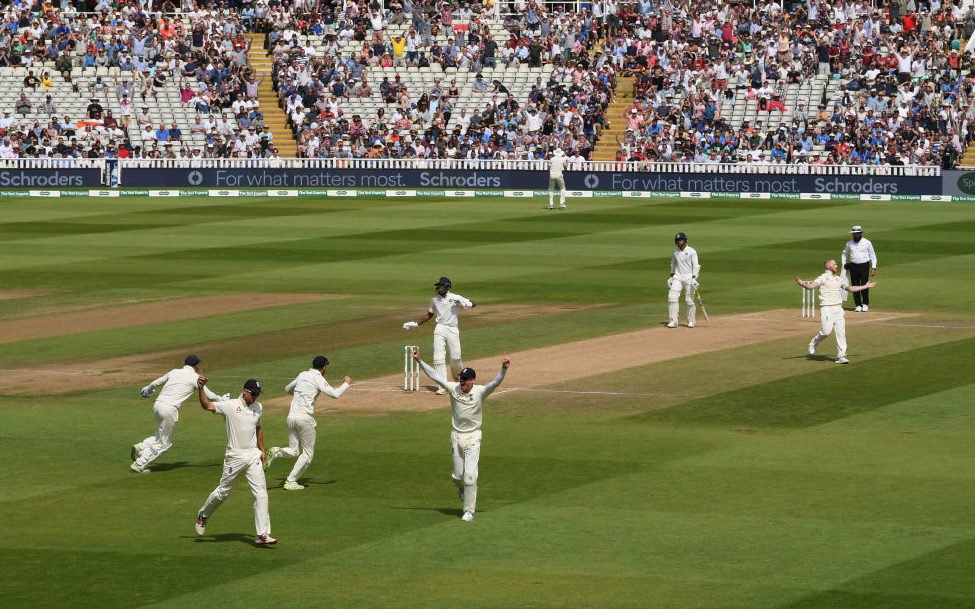 More often than not, England are not getting off to the kind of solid start with the bat that is required to put pressure on the opposition at Test match level. Much has been made about England’s failure to find a reliable opening partner for Alastair Cook but what about Cook himself? Before his sublime unbeaten 244 at Melbourne against Australia last winter, the Essex batsman had scored 144 runs in 10 Test innings (an average of 14.40). Since that Ashes knock, he has made just 202 runs in 11 innings (an average of 18.36).

Granted, Cook received two magical deliveries from the impressive Ravichandran Ashwin, yet among these two periods of poor form have been some technical issues. In Australia, Cook looked uncomfortable against the pace of Mitchell Starc, Josh Hazlewood, and Pat Cummins. Such pace meant that Cook was often not quick enough into position to play forward or back. Hazlewood bounced out the former England captain at Brisbane, while Starc repeatedly found success against Cook through pitching the ball up. 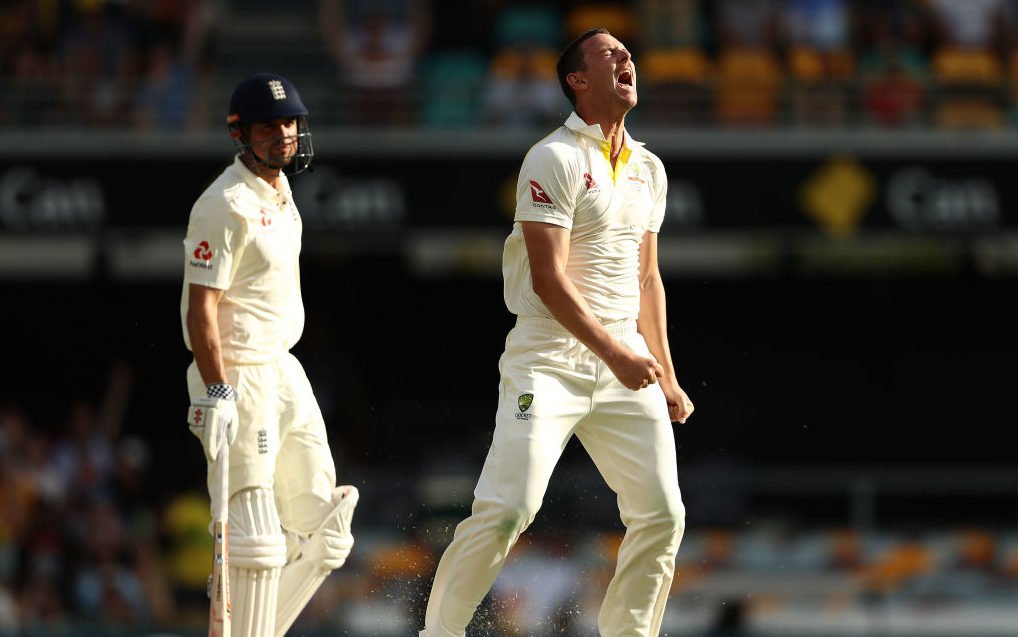 Hazlewood bounced out Cook in Brisbane

In New Zealand, Cook found problems against another left-arm seamer in Trent Boult, who dismissed him four out of four times during the two Test matches. Not only did Cook look unbalanced at the crease but his foot movement did not seem fluent.

Rewind back to early 2015, after not scoring a Test century for nearly two years and being dropped from the ODI team, Cook turned to technical batting coach Gary Palmer. The England captain was arguably at the lowest point in his career, yet was receptive enough to accept help from outside the England coaching set-up to arrest his slump – something Palmer helped turn around.

Palmer, who played first-class cricket for Somerset, is a coach who believes that an open stance prevents players from falling towards the offside – something Cook was suffering from during his barren spell between 2013 and 2015. In addition, Palmer is convinced that attention to detail on technique, as well as hitting hundreds of balls to implement the method and ‘build muscle memory’, is paramount to a batsman’s success.

Cook’s work with Palmer allowed him to apply such methods into his game. Not only did he adopt a more open stance, especially when facing right-arm bowling from over the wicket, Cook also emphasised playing more shots in the ‘V’. As a result, his foot movement looked more fluent and, uncharacteristically, his strike-rate improved.

It has been evident that Cook looks a more well-rounded player under Palmer’s guidance. The problem, however, is that such a partnership is not as common as it perhaps should be. Due to him not being part of the England set-up, Palmer has been unable to work with Cook away on tour and the former England captain’s form has consequently suffered abroad. Since the start of the Bangladesh tour in the winter 0f 2016, Cook is only averaging 31.7 away from home in Tests, compared to an average of 42.1 at home since the start of the 2016 summer. 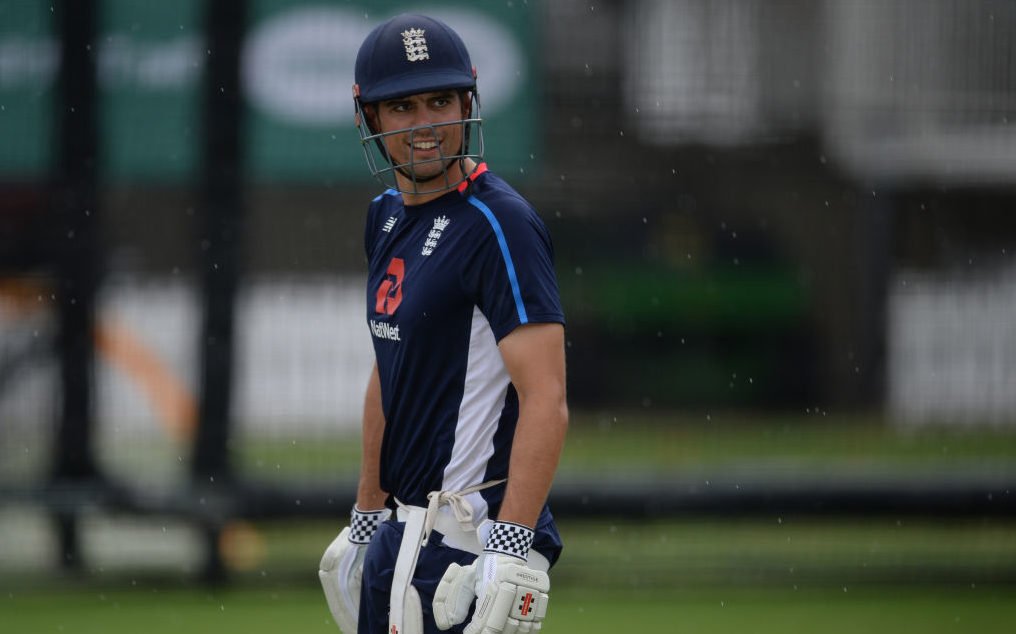 “While Cook looks as if he is still open he seems to be triggering straight back rather than across and has his back foot more parallel than before,” Palmer tells Wisden.com. “I did a number of sessions with him when he came back from Australia before he went to New Zealand but have not seen him since.”

It remains to be seen if the 33-year-old will return to the technical batting coach to arrest his latest slump in form. Yet, what is evident is that Cook is now reverting to the more sideways-on stance that caused him problems before he started working with Palmer.

Cook will have to find a way back into form because England need him, big time. The home side’s batting line-up at Lord’s is likely to be fragile, with new boy Ollie Pope to bat at No.4 and Jos Buttler moving up one place to No.6 in the absence of Ben Stokes. Therefore, the pressure on the likes of Cook to score big runs could not be greater.

Cook’s latest slump in form in form seems to be coming from technical issues that refuse to go away. Yet, as we found out gloriously in Melbourne, never write off a champion. And if anyone can find a way to turn his fortunes around, Cook can.