At the age of 24, James Faulkner was one of the key players in Australia winning the World Cup on home soil in 2015. Since that triumph, Faulkner’s star has waned somewhat and the all-rounder hasn’t played for his country in over two years. Akshay Gopalakrishnan takes a look at Faulkner’s career since that World Cup win.

Remember Joginder Sharma, then all of 23 years of age and with a handful of games under his belt, who delivered the crucial last overs of the semi-final and final of a World Cup? If you don’t, it’s because he hasn’t been seen since.

Joginder isn’t the first such cricketer. Cricket is replete with players who have experienced dizzying highs, only to rapidly come back down to earth. Think Vinod Kambli, who cracked four centuries in his first seven Tests, including back-to-back doubles, before his career wound down ten games later. Or Frank Hayes, who debuted with a 106 not out against West Indies at The Oval only to never pass 30 in 15 further innings in international cricket.

James Faulkner doesn’t quite fit the same bill as a flash-in-the-pan one-hit wonder. But the all-rounder, who turned 30 on Wednesday, hasn’t been seen in an Australian kit since October 2017. Once among the world’s most potent white-ball finishers, Faulkner was arguably Australia’s top limited-overs all-rounder between 2013 and 2015. Destroying attacks with not just his ability to bruise them, but also with his cool temperament that allowed him to soak up pressure and mount stunning comebacks. 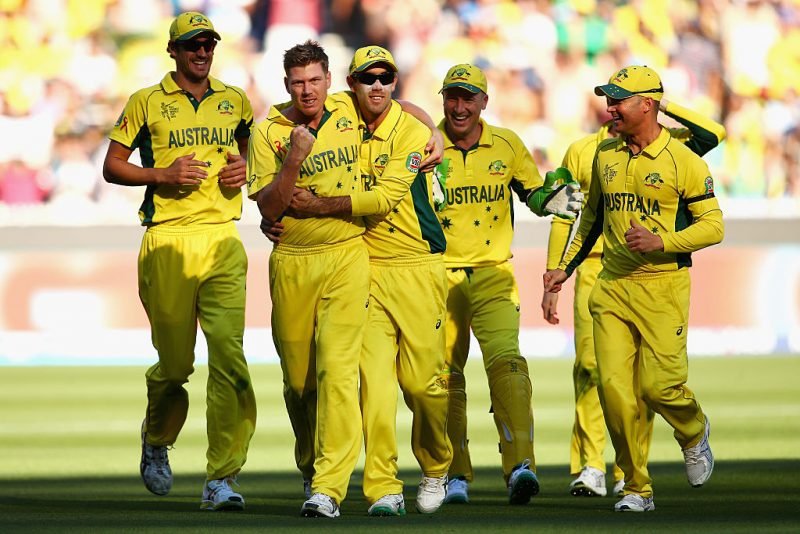 And yet, those attributes haven’t protected Australia’s 2015 World Cup hero from experiencing his own steep decline. Since playing a match-winning hand – with the ball on that occasion – in the final at the MCG, the Tasmanian hasn’t quite recreated the magic of his prime. Faulkner excelled for Lancashire in Division Two of the County Championship in the months following the World Cup, but a drink-driving misdemeanour cost him £10,000, driving rights for two years, and a place in the Australia squad for the tour of England.

His standing has since fluctuated as far between extremes as is possible. A combination of injuries, loss of form, drop in pace, and a chronic knee condition has reduced Faulkner’s career highlights since 2016 to transient comebacks at best.

The injury troubles began in February that year, when a hamstring trouble forced him out of the tour of New Zealand. Since returning from that layoff, Faulkner has had his moments, but the sustainability quotient has taken a substantial hit.

"I have been doing different exercises in the gym. There are certain exercises I can't do, but there is a lot I still can"

He was an ever-present in Australia’s 2016 World T20 campaign and registered an ODI hat-trick later in the year against Sri Lanka. But before he could finish riding that high, he was laid low by a calf strain that put him out of action for the South Africa tour in September. It was also a period when he was floating between IPL sides, signing up with Gujarat Lions, his fourth team in the competition, during the Indian summer, following the suspension of Rajasthan Royals.

By April the following year, Faulkner was out of a Cricket Australia contract and didn’t play in the Champions Trophy, the same tournament that brought him into international prominence in 2013. He returned for the series in India in August, having had time to rest up the knee but Faulkner played no part in the three-match T20I series and played only two of the five ODIs that produced returns far from spectacular. He signed a two-year extension with Lancashire at the end of the year, and that was the only thread he was left hanging by. 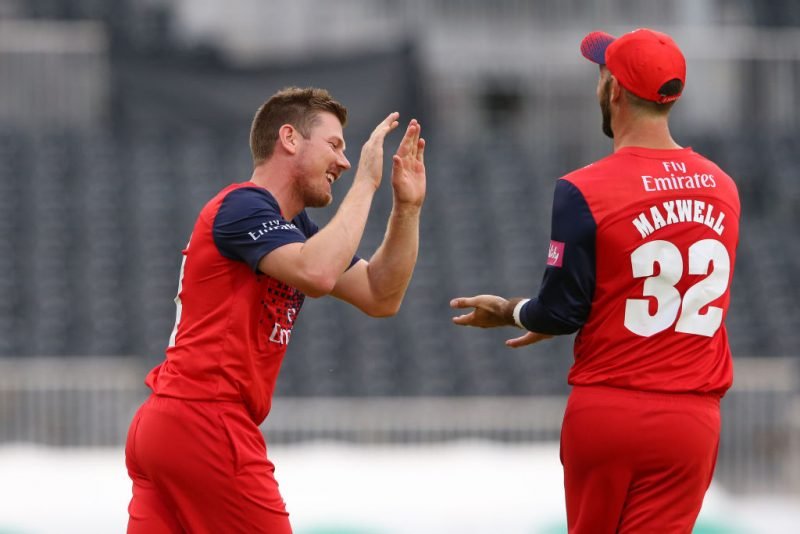 After missing out on the 2018 IPL, Faulkner showed glimpses of his finishing potential, when he reeled off 16 runs in the final over of a Big Bash League game to deliver victory for Hobart Hurricanes over Perth Scorchers in the 2018/19 season. But he’s been left to make headlines only in the BBL and for Lancashire, apart from the odd off-the-field issue, as in April 2019, when he stoked a controversy with a social media post that seemed to suggest that he was in a same-sex relationship.

Now, Faulkner is still out of the national reckoning and has fallen behind a long line of other, younger all-rounders, many of them hot commodities of the BBL, such as Ashton Agar, Marcus Stoinis and Ashton Turner and before them, Moises Henriques and Mitchell Marsh. It has left Faulkner to reminisce about his past glory; as recently as on March 29, the five-year anniversary of Australia’s fifth World Cup victory, Faulkner recalled to cricket.com.au that lifting the World Cup was a moment that was both “unreal” and “awesome”.

Before the 2015 World Cup final, Faulkner averaged 42.84 with the bat in ODI cricket. Since then, that number falls to just 19.81. The bowling figures remain largely unchanged, but a drop in pace does not tie in with Australia’s strategic desire for out-and-out fast men.

“My training definitely changed,” Faulkner had said in 2017, after being recalled for the India series. “I spend a lot of time on the bike. I haven’t spent any time running, other than fielding and while bowling in the nets. I have been doing different exercises in the gym. There are certain exercises I can’t do, but there is a lot I still can.”

There is nothing to say that Faulkner can’t have a second coming. Cricketers have bounced back from setbacks far worse than Faulkner’s. Sachin Tendulkar hit a second, late career peak towards his final years as an international cricketer, years after a tennis elbow had changed his approach to batting. But for a fast-bowling all-rounder who has now hit 30 and is dealing with a troublesome knee, lifelines are bound to run thin.