With a long line of wicket-takers at the other end, Washington Sundar stands out with his pinpoint accuracy and batting credentials, which make him a tough candidate to look past, writes Roshan Gede.

Amidst some stiff competition among the established spinners in Yuzvendra Chahal, Kuldeep Yadav and Ravindra Jadeja, Washington Sundar has quietly walked in and taken giant strides to make things all the more challenging for Virat Kohli and the team management.

An economy rate of 6.66 for any T20I bowler makes for outstanding reading. But Sundar, mind you, is no mystery wristspinner, the likes of which are all the rage in modern-day limited-overs cricket. Sundar bowls conventional off-breaks that hardly turn enough, but which leave absolutely no room for error. He has been delivering the goods consistently for India for the last few seasons, and is slowly making a strong case for himself for the T20 World Cup later this year in Australia.

Sundar’s impact was felt yet again, in the second T20I against Sri Lanka in Indore, where he impressed with his restrictive off-breaks against set batsmen. Navdeep Saini rocked the visitors with his raw pace, but it was Sundar who handed India the early advantage, first with a wicket, and then with some disciplined bowling that choked Sri Lanka. Coming as it did alongside a strong overall bowling performance, it kept Sri Lanka down to 142-9, which was easily hunted down in the 18th over of the chase, with seven wickets remaining.

Sundar has been a consistent performer for India ever since his debut in December 2017. He demonstrated his match-winning abilities in only his second international series, the Nidahas Trophy in March 2018, when he walked away with the Player of the Series award for his eight wickets from five games, while maintaining an outstanding economy rate of 5.70.  That, perhaps, didn’t receive the acknowledgement it deserved then, for India’s win came to be remembered by Dinesh Karthik’s memorable late blitz in the final against Bangladesh.

"Of all the spinners India have, he bowls the toughest overs."

Nevertheless, Sundar earned the trust of the management and his captain, as he’s been regularly entrusted the responsibility of taking the new ball for India. He had opened the bowling in each of his 19 previous T20I appearances before the Indore game, where he came in as the second change in the fifth over. As he took the ball, Sanjay Manjrekar observed on air: “Of all the spinners India have, he bowls the toughest overs.”

Indeed, bowling with the hard new ball with minimal cover on the boundary isn’t easy by any means. And yet, the 20-year-old has not only succeeded in mounting pressure from one end, but has also accounted for some explosive top-order batsmen, such as Kusal Perera, Tamim Iqbal and Evin Lewis in the past to set up the game for his team. His consistent returns have impressed quite a few, including Dean Jones, the former Australia all-rounder, who views Sundar as a tough competitor to Ravindra Jadeja. 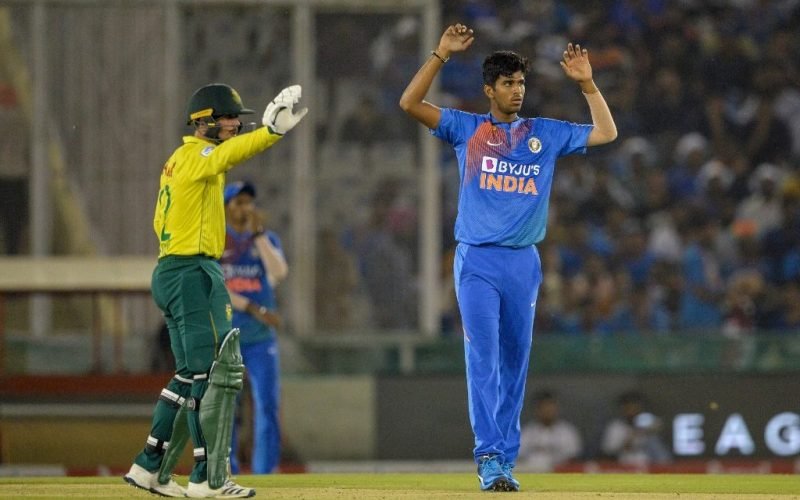 “His economy rates have been fantastic in the past,” Jones had said before the start of India’s home T20I series against Bangaldesh in November. “Washington has a very good record with the ball in the PowerPlay. I also want to see him do well with the bat. So you can’t drop him when Ravindra Jadeja comes back to the team. Sundar is going to be my player to watch.”

While he continued to excel with the ball, Sundar also showed some spark with the bat – his secondary suit as an all-rounder – when he smashed two sixes in the final over of India’s innings in Delhi to finish with an unbeaten 14 off 5. Those batting credentials, while not as significant as Jadeja’s, could still bolster his chances of featuring regularly in India’s XI, leaving room for only one of Kuldeep Yadav and Yuzvendra Chahal to fit in. 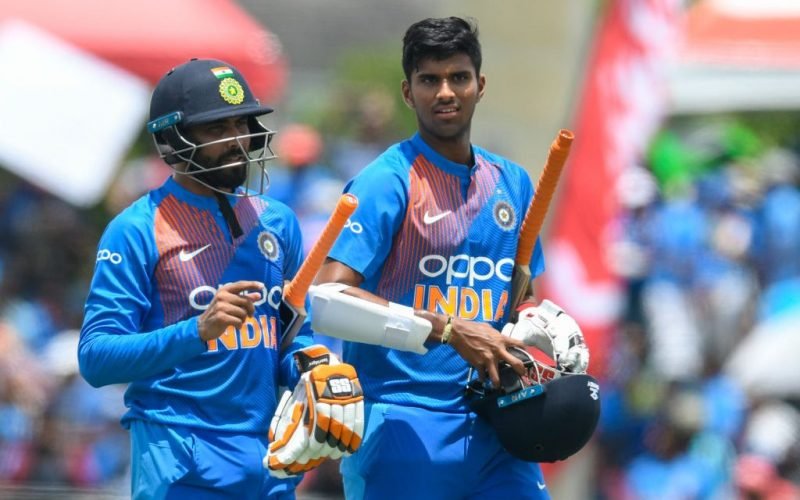 Sundar was promoted to No.3 for his state team Tamil Nadu in the 2019-20 Syed Mushtaq Ali Trophy

Virat Kohli has been adopting the horses-for-courses policy in his team selections across formats. In limited-overs cricket, despite the combined success of spin twins Kuldeep and Chahal, the skipper has had little hesitation in leaving one out, depending on the opposition’s line-up.

“The spinners’ selection was purely based on the number of left-handers they [Sri Lanka] have,” Kohli said on Tuesday. “Kuldeep takes the ball away, so does Washington. It’s all about match-ups. If there are more right-handers, Jadeja and Chahal become more lethal. As a captain, you need more than five bowlers in T20 cricket.”

Sundar’s record in T20Is so far supports Kohli’s assessment to a great extent. Of his 16 scalps, 11 have been of left-handers. That, however, doesn’t mean that Sundar’s efficiency is restricted against them alone. After all, perhaps his finest hour in T20 cricket saw him claim three top-class right-handers on a batting-friendly surface when he was only 17.

"It's all about match-ups. As a captain, you need more than five bowlers in T20 cricket."

Against a dynamic Mumbai Indians at their fortress Wankhede Stadium in the 2017 IPL Qualifier, Sundar laid the foundation for Rising Pune Supergiant’s 20-run win with his game-changing spell, in which he accounted for Rohit Sharma, Ambati Rayudu and Kieron Pollard in the space of three overs. While the first of those came as a result of a false stroke, brought about by the mounting pressure, the other two were products of a tight middle and leg-stump line, aided by the shrewd tactics and field placements by skipper Steve Smith and MS Dhoni. In the final that followed, it was Sundar’s run-out on the final ball that marked Supergiant’s agonising one-run defeat, but his 0-13 from four overs capped off a successful season, where he had caught the selectors’ attention. 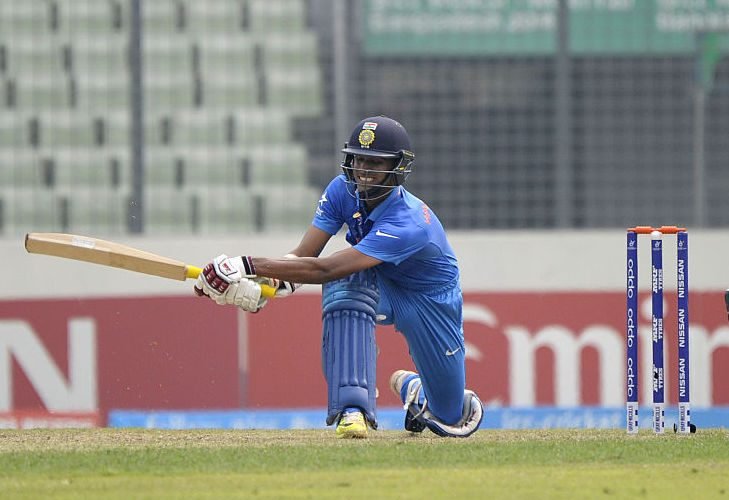 Now, with little less than 10 months to go for the T20 World Cup, Sundar is presenting a strong case for himself, giving serious competition to the more experienced members of the squad.

India have, in the past, had the services of R Ashwin, who bowled the crucial overs with the new ball and was a key performer in their last two T20 World Cup campaigns, in 2014 and 2016. Sundar might not possess a similar skillset, and may not appear to be as threatening or as likely to wreck havoc with his simplistic approach. But his pinpoint accuracy and discipline might just do the job, with ample wicket-taking options at the other end. His recent batting form, best highlighted by his 271 runs at an average of 54.20, in the 2019-20 Syed Mushtaq Ali Trophy, further adds to his credentials.

Conditions in Australia leave little room for an extra spinner, but if Sundar continues to excel, India’s selectors might just be tempted to think otherwise.