They say it’s a batsman’s game. Not always. Phil Walker presents the bowlers who ‘had the wood’ over their men, and then some…First published in 2012

Pure Gower. County cricket was just too dry for a batsman whose juices flowed best with the champers on a blazing Lord’s Saturday – he made only 53 first-class centuries, yet 18 of them came in Tests. So it was apt that the man who knocked him over whenever Gower was inconvenienced by the treadmill was Tim Lamb, a paceless Northants seamer – and future chief executive of the ECB – of mild potency. Lamb’s apologetic wobblers got him out eight times for fewer than fifty, getting him lbw for nnought twice in one particular match on the distinctly un-Goweresque stage of Wantage Road, Northampton. See it as a gift from the great man to the little people.

If the cricketing gods had any moral decency the angel from Mumbai would have cast a silky veil over Cronje’s dastardly efforts, but no, the opposite applied, as the South African’s seedy medium-wobblers consistently accounted for Sachin throughout his career: “Honestly,” the wee master later explained, “I got out to Hansie more than anyone. He always got me out more than Allan Donald or Shaun Pollock. It wasn’t that I couldn’t pick him, it’s just that the ball seemed to go straight to a fielder.” Eight times in all, five in Tests, three times in pyjamas. The divinities as ever in mischievous mood.

Hard to imagine the great man being subdued by anyone, but the twirly, bony mysticism of India’s pre-eminent leggie Chandra was often too much for Sir Viv. He fell to him just four times in Tests, but his variations reduced Richards to mere competence, with the West Indian later conceding that after Dennis Lillee, it was Chandra who gave him the most problems in his Test career.

Though a brilliant player of pace during his career, Andrew Strauss could never quite escape the clutches of South Africa’s wordless Karloffian monster Morne Morkel, the English general averaging just 21 in Tests when Morkel’s rib-bothering angle of attack featured. The quick’s amiable viciousness finally did for Strauss in the 2012 summer, nailing him on the back leg in the first over of the Test series to set the final ball rolling. That lbw at The Oval was the eighth time he’d got him out in Tests. With its echoes of those one-sided youth v age contests from the bad old days – Michael Holding pinning Brian Close; Jeff Thomson bouncing Colin Cowdrey – it confirmed once again, just in case anyone was in any doubt, that sometimes cricket just isn’t reasonable.

“So there is no evidence to explain what happened that day, and yet from that first improbably uppish drive through the covers, something inexplicable, and magical, began to take shape.”

From the archives, 10 brilliant unexpected performances.https://t.co/4XBJhMYbcA

No single bowler ever dominated Lara. Not Warne nor McGrath, nor Donald, nor Kumble. Not even Gareth Batty, over two-and-a-half days and 400 runs in Antigua. But Andre Nel’s alter ego got close. ‘Gunther’ (“He takes me over” says Nel), cut Lara down eight times in Tests and on three occasions in ODIs, with the West Indian too freaked out by the bounding vision of a hulking stormtrooper to concentrate. You could hardly blame him. It’s probably worth pointing out that Lara still averaged over 100 in the matches in which Gunther lurked.

It was perhaps the single biggest factor in England’s 2005 Ashes triumph. Gilchrist had done some terrible things to England in the past. It was assumed he was unstoppable. But that summer he didn’t reach fifty in 10 innings. This was down primarily to a raging northern fire coming around-the-wicket, going after the ribs and seeking out the outside edge. Flintoff got him out four times that series, leaving the great destroyer so shrunken by the “intense and personal” humiliation that it left him questioning his desire and aptitude for the game. He needn’t have worried. The next series that he faced England he hit a 57-ball hundred at Perth. Turns out he could play after all. 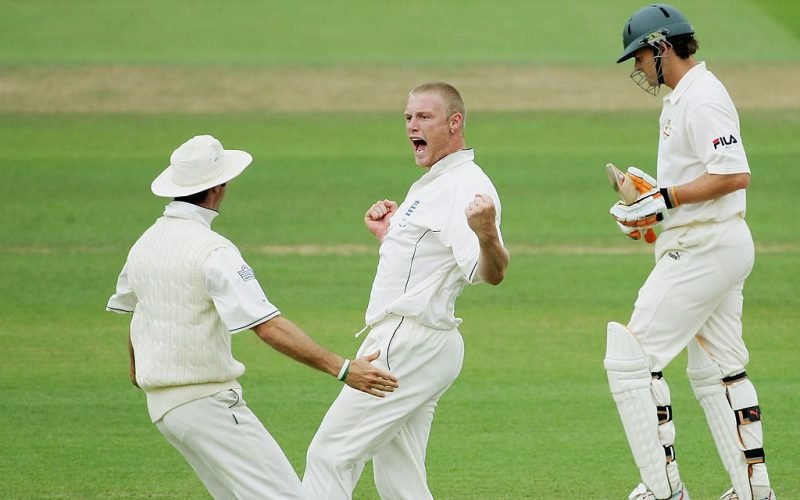 The “pie chucker” with his “left-arm filth” has been the butt of a few good-natured barbs from KP in his time, but the banter barely masks Pietersen’s troubles against Yuvraj Singh’s canny lobs. Four times in ODI cricket KP has fallen to him, playing inside and out, angled bat and all; Bangladesh’s Abdur Razzak has got him out the second most times in ODIs, highlighting Pietersen’s flirtation with averageness against the slow left-armer.

An old world tussle with only one winner. Terry and Graham, Graham and Terry: inseparable through much of the Eighties; more specifically, Terry’s inducker would rub up intimately against Graham’s showy front pad. It began in 1981, when Gooch kept playing round straight deliveries, and the affair was resurrected in 1989, when Australia’s plan and Gooch’s inability to resist it reached almost comic levels; towards the end of that series England’s heaviest ever run-scorer had quietly asked if he could be dropped.

Probably the most famous bunny of them all. It’s almost too painful to go over again but no list of bunnies is complete without the tale of Atherton’s 19 nervous breakdowns against McGrath. It seemed to crystallise England’s inferiority complex during the era: our best boy would walk out, take guard, try and clear his head of the previous day-and-a-half, survey the field, block out Warne’s latest wisecrack, take a half-step forward, prod at McGrath’s seamer and, feeling the nick, jackrabbit behind to catch the ball sinking miserably into Healy’s smug gloves. This was the Nineties.

Warne may have stored up more bunnies than Hefner, but of all his many victims his most cherished acquisition had to be poor Cullinan. The South African was one of the most assured technicians of the mid-Nineties, an all-round player with three Test tons on turning Asian pitches, but Warne landed him up in counselling. Cullinan averaged 2.75 in four Tests against Warne’s Australia. He may have been clueless against his variations – he would later concede that “quite simply, Warne was too good for me” – but at least he didn’t lose the power of speech. When Warne greeted him for the first Test of a series in South Africa with the pleasantry that he’d been “waiting two years for this opportunity to humiliate you in front of your own crowd”, Cullinan replied: “Looks like you spent it eating.”