There are more ways than one to make a bat. Ben Jones and Ben Gardner pick out a selection of the wackier willows.

The earliest surviving cricket bat resides at The Oval but is a rather different beast to what we’re used to. Shaped like a hockey stick, made of timber, and weighing just 2lb 4oz, the bat was ideal for swiping across the line; perfect for dealing with the bowling of the time – underarm, rolled along the ground. But when dastardly Hambledon CC invented a new way of bowling – still underarm, but with the ball bouncing on a length – something different was needed. Enter Thomas White.

In a fixture against Hambledon in 1771, the aforementioned White of Chertsey CC came armed with a bat so large that some claimed it was as wide as the cut strip, and certainly covered more than the width of the stumps. The opposition were naturally not best pleased and Hambledon captain John Small lodged a formal complaint. Subsequently, the maximum bat width was set at 4.25 inches, a limit that still exists today.

High-profile users of Kookaburra’s graphite-backed Kahuna, including Aussie captain Ricky Ponting, were left bemused after the MCC decided in 2006 that the metal covering offered an unfair advantage, and subsequently banned the design. Legal wrangling ensued, with Kookaburra arguing the graphite didn’t affect the bat’s performance, rather raising the question of what all the fuss was about in the first place. Kookaburra lost and to this day graphite is banned in the production of bats. 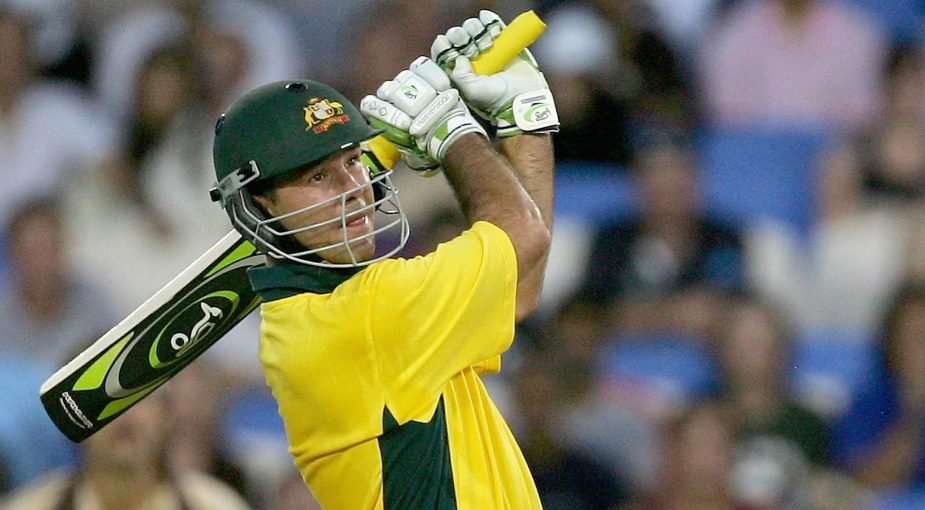 In the Big Bash coloured bats had become almost passé. It was written into the rules that entirely black bats, or bats matching your team’s colours, were allowed, and Chris Gayle, in typically flamboyant fashion, faced up with an all-gold edition of his Spartan. But Andre Russell’s black number left its mark all-too-literally; it discoloured the ball and was promptly banned. Russell protested and it was agreed that he could continue to use the bat with the addition of a transparent sticker to protect the ball.

And have a look at that bat!! #BBL06 pic.twitter.com/iFvYysrfsD

Len Hutton’s astonishing record is made even more remarkable by the fact that for most of his career he used a harrow bat, generally the preserve of youth cricketers. He turned to a smaller blade after he slipped and broke his arm during World War II. The injury required surgery and left his limb shortened by two inches, raising doubts whether he’d ever play again. Cricket has the harrow to thank that he did. 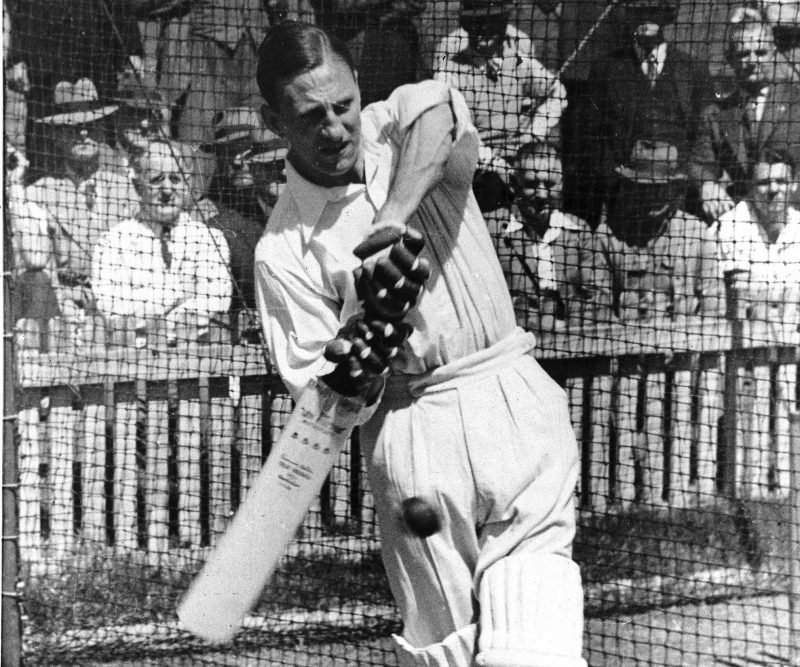 With a longer handle and shortened blade, the Mongoose was designed to make six hitting easier in the age of T20. To this end it was a qualified success but the initial marketing campaign was inexplicable. One poster saw Marcus Trescothick, or ‘The Goosefather’, donning a tuxedo, complete with the tagline: “I’m gonna make the bowler an offer he can’t refuse.” A subsequent video saw the Somerset opener seemingly held captive at a skate-park under a motorway flyover, hammering cricket balls against corrugated iron sheets, smashing car windows and knocking over barrels.

4. Head and no shoulders above the rest

Long before the Mongoose, Newbery pioneered the idea of less being more. The ‘Excalibur’, partly developed by Kiwi batsman John Guy, removed the shoulders of the bat but, according to Guy, “it was just a marketing ploy”. Clearly nobody told Lance Cairns, who in 1983 smashed the fastest ODI fifty with the shoulder-less blade. The 21-ball effort included six sixes and stunned the Melbourne crowd, while no doubt delighting Newbery’s marketing department. 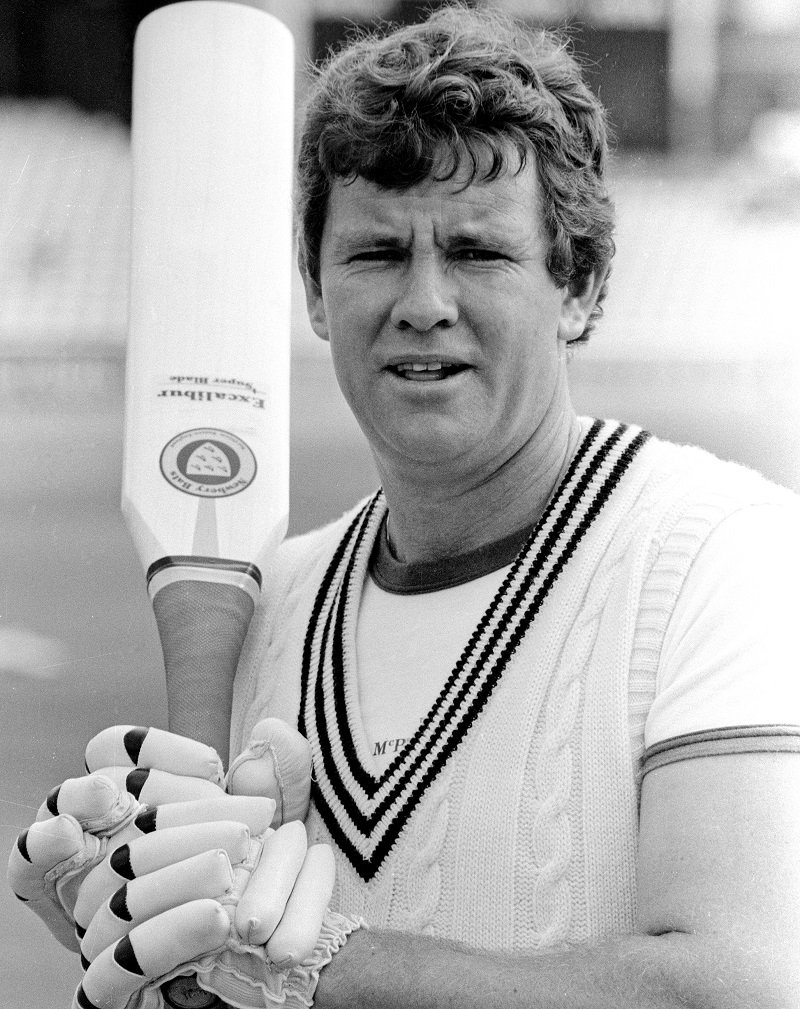 Lance Cairns with his meaty Excalibur

In the first Test of the 1979 Ashes, Australia, struggling at 216-7, needed to show their mettle. Perhaps Dennis Lillee misheard, as he strode to the crease wielding an aluminium ComBat. The fast bowler was incensed when he was asked to switch back to a traditional blade as the ball was being beaten out of shape. When skipper Greg Chappell stepped in and asked him to comply, Lillee flung the offending bat towards the pavilion.

Long before it was a kamikaze shot played to combat the yorker, the scoop was associated with bat innovation. Gray-Nicolls’ 1970 invention had a literal scoop taken out of the middle of the back of the bat, redistributing the weight towards the edges, and, in theory, giving it a larger sweetspot and lighter pick-up. It was the bat with which Brian Lara compiled his world-record 375 not out in 1994, and also the blade Greg Chappell used to protect a streaker’s modesty during a 1979 World Series clash. 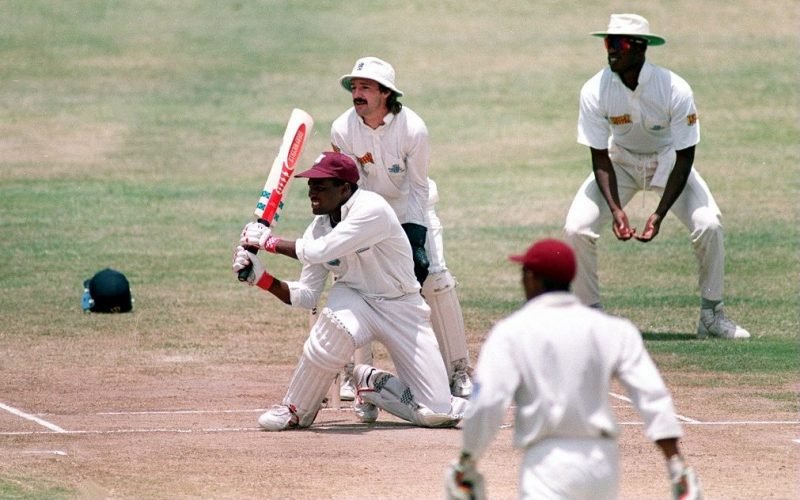 Brian Lara with his iconic blade

Not since the days of Hambledon and Chertsey have the dimensions of cricket bats come under such scrutiny as they are now. While the lengths and widths of bats remain restricted, your bat can be as thick as you like. But with the boundary being cleared with increasing regularity the MCC World Cricket committee has suggested setting a maximum thickness. If guidelines are set, the latest creation by independent Aussie bat-maker JP Gavan, dubbed ‘The Blue Whale’, will surely sit outside them. Currently intended just for practice use, the Tyrant LE’s edges measure 116mm, longer than the face’s 105mm. It is made from three clefts, rather than the usual one, and weighs in at a whopping 7lb 12oz.